Luger a shot at redemption for Whyte, Size

Top trainer John Size and jockey Douglas Whyte will have nightmare memories of last season's Griffin Trophy but they have been presented with an identical, tricky assignment as Luger is the one to beat at Sha Tin. 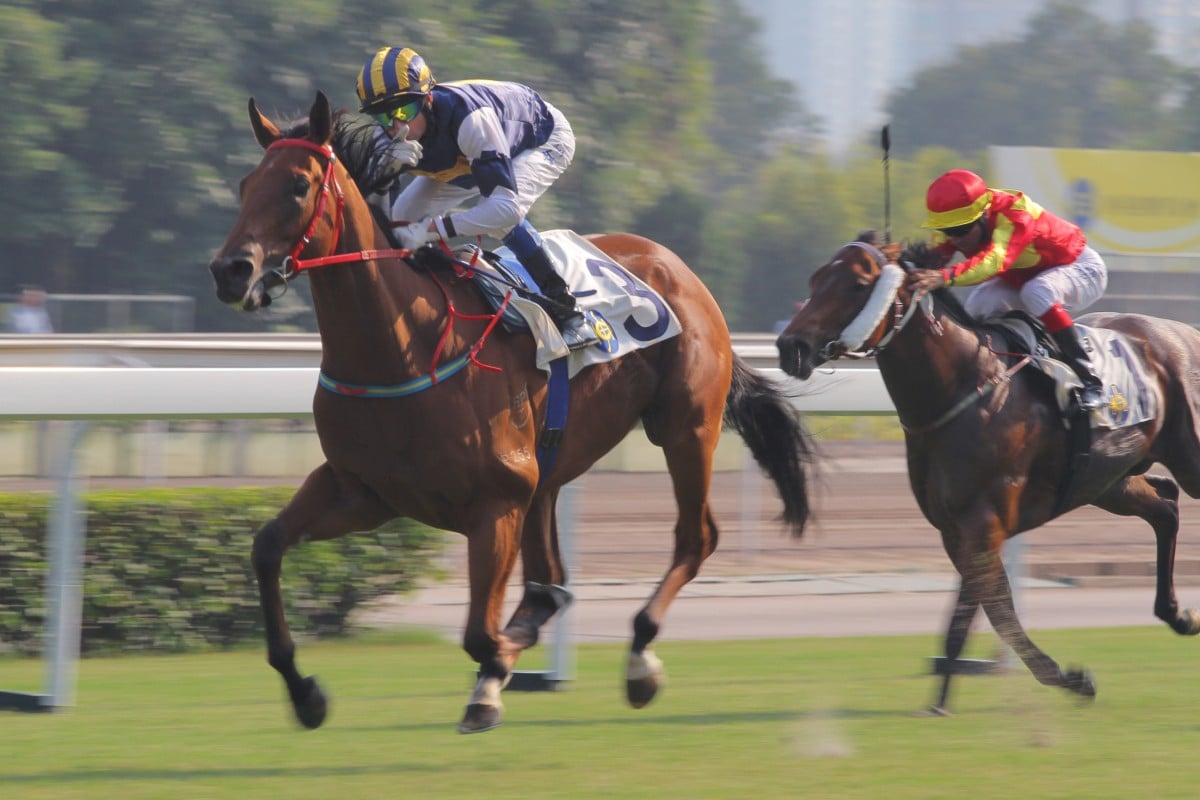 Luger (Douglas Whyte) has looked incredibly promising in four starts to date, and he has his chance to demonstrate his potential in Sunday's Griffin Trophy. Photo: Kenneth Chan

Top trainer John Size and jockey Douglas Whyte will have nightmare memories of last season's Griffin Trophy but they have been presented with an identical, tricky assignment as Luger is the one to beat at Sha Tin.

In a field of eight runners in 2012, Happy Era drew the outside barrier and that was the factor that brought him unstuck at the hands of Fabulous November in the three-year-old feature.

As time has progressed, that assessment by the betting that Happy Era had plenty on the field has proved an accurate one, with Happy Era winning in Class One on Wednesday night and Fabulous November's best at this stage a Class Three victory.

But that didn't help Happy Era in the circumstances of the race and Luger and Whyte face a similar dilemma after drawing gate ten in the field of ten.

Luger looks every bit as good as Happy Era, arguably better at the same stage, but his most serious rival, Caspar Fownes' Domineer (Umberto Rispoli), is a superior animal to Fabulous November as well.

The pair met once as griffins at the end of last season, also at the Sha Tin 1,400m course, when Domineer got all the breaks with tempo and position, leading in a slow pace, but Luger ran out the winner nonetheless and Domineer third.

Each has graduated from Class Four this season against open age horses, Luger in impressive style first-up before an unlucky defeat and Domineer impressively second-up after an unlucky first-up defeat.

Domineer gets a 12 pound weight turnaround on Luger for that one length defeat last July, and again shapes to be getting a head start with his better tactical speed making him a potential leader but there is an x-factor to Luger that might prove to be too good again.

And there is a high likelihood of this race being run with a worthwhile pace, as horses like Art Of Success (Brett Prebble), Fire Starter, Fantastic Kaka and Crimson Heart have enough early pace to be prominent, although it is a query whether any of them will want to make Domineer work too hard getting across.

Last year, Whyte went back on Happy Era preferring to get in and get the horse comfortable rather than pushing forward for the sake of the tempo and risk being wide and he made the same decision in July on Luger in similar circumstances.

That looks the most likely thought process again, and Luger will find himself nearer last than first in the running to the home turn. All he needs is a few breaks at the right time though and he can overcome it.