Trainer Michael Chang Chun-wai has already unveiled one classic season newcomer with Hong Kong Derby aims in Tableaux and he produced another on Sunday in Dibayani. 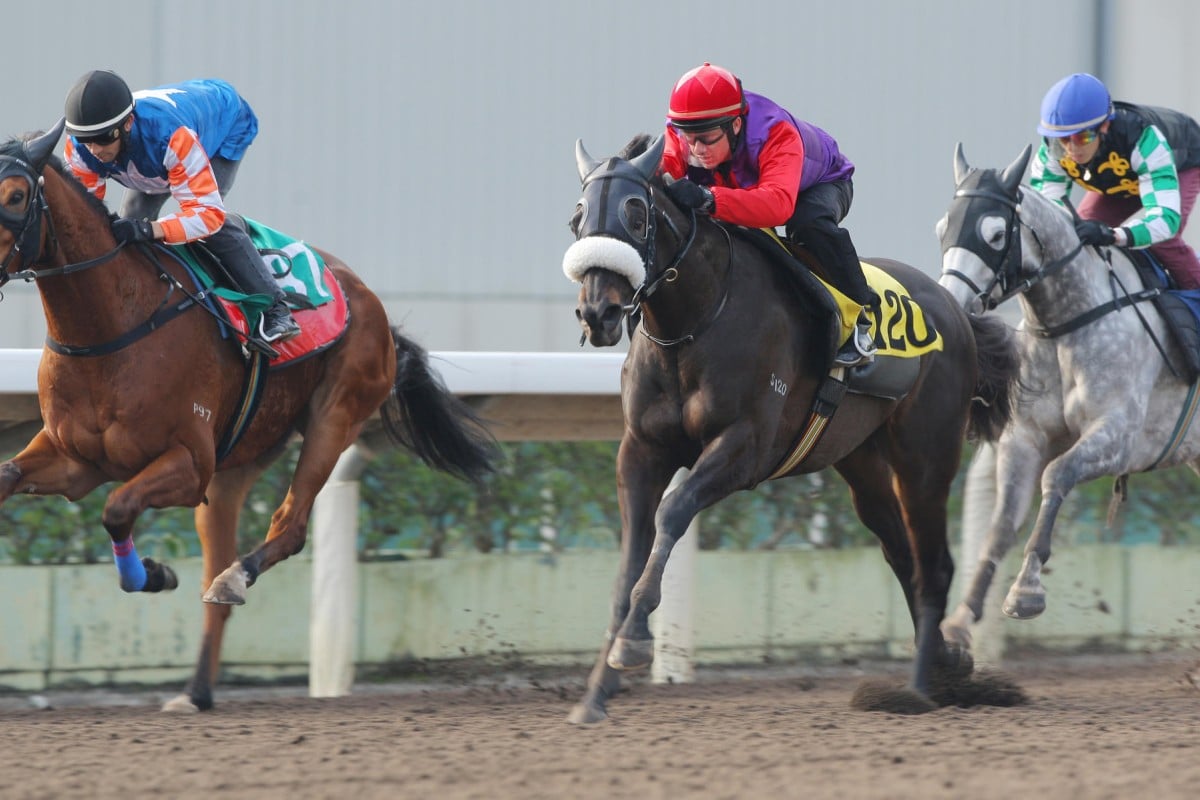 Dibayani (middle) made up solid ground late in his first run on Sunday. Photo: Kenneth Chan

Trainer Michael Chang Chun-wai has already unveiled one classic season newcomer with Hong Kong Derby aims in Tableaux and he produced another on Sunday in Dibayani.

A listed winner at Leopardstown over 2200m in June, Dibayani would be a third classic contender for his sire, Shamardal, if he makes it to that level, with Able Friend and Sunday's winner Secret Sham already on their way.

Not many perform well in Class Two on their local debut but Chang had Dibayani well-prepped for his first run and he was a nice fresh fourth behind Secret Sham over what should become an insufficient 1,400m as he continues racing.

What was key in his trial appearances and again on Sunday is that Dibayani isn't a dour, grinding sort of stayer but has some tactical speed and some turn of foot to go with it.

Jockey Zac Purton reported that Dibayani didn't do much to help him out in the run, getting keen and having less than perfect race manners but even that is some cause for optimism. If Chang can iron out those sorts of issues with the rising four-year-old as his preparation goes on, Dibayani could become a Derby threat, as he has already shown his ability over the longer trips while many of his counterparts have yet to do that.

In any case, Dibayani looks like he will be paying his way in the famous red and purple colours of property developer Robert Ng Chee Siong.

Purton was also aboard another one to follow earlier in the day, John Moore-trained debutant Royale Elegance, who finished fourth to Star Of Bond but will take plenty of benefit from the run and the race experience.

He had not been asked to really stretch in his work and trials here but everyone was well aware of his very impressive seven-length trial win in New Zealand in February.

With a run under his belt now he should start improving with racing, and probably as his distances get longer.

He is by all-purpose stallion Volksraad and his mother, Queen Of Avalon, is a Montjeu half-sister to Victoria Derby winner Monaco Consul and to an Oaks placegetter in New Zealand.