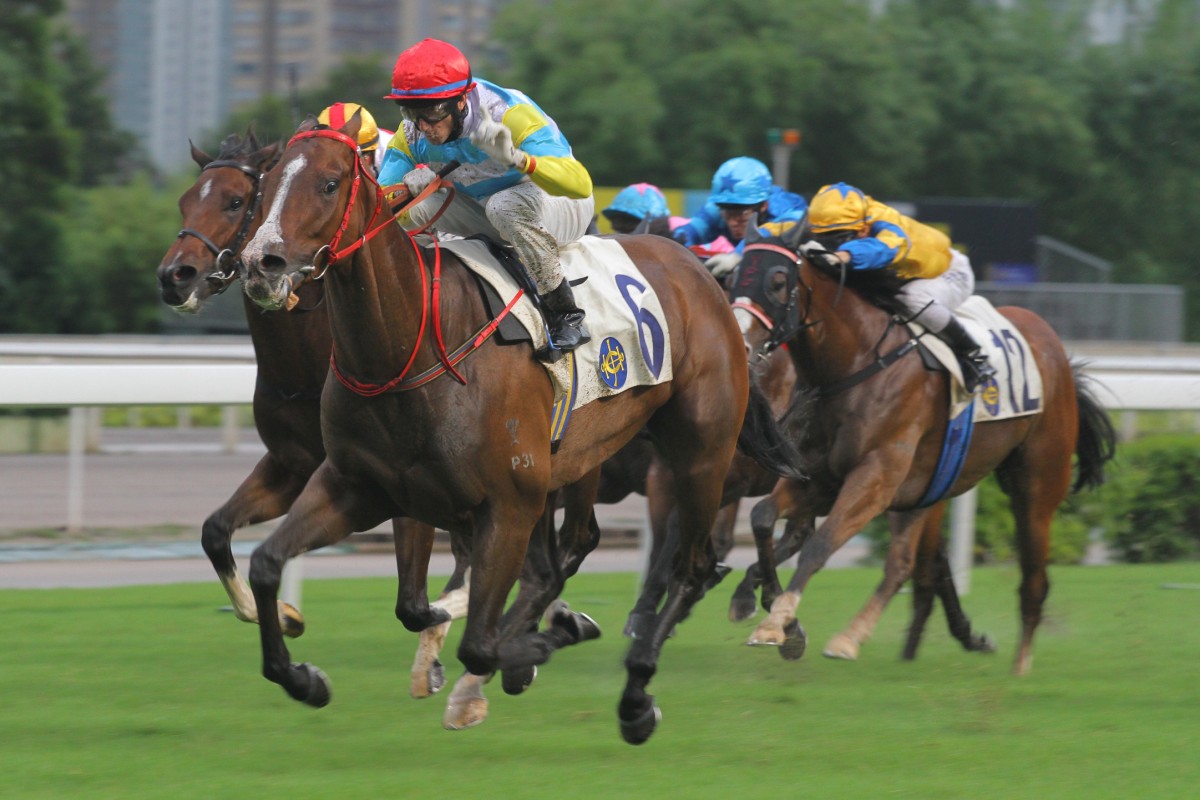 Dennis Yip Chor-hong's All You Wish was given a rev-up out of the barriers at trackwork during the week and will be ridden to take advantage of barrier one in Sunday's Hong Kong Classic Mile.

Tye Angland rides All You Wish in the HK$6 million Group One feature and was instructed on Thursday to give the son of Thorn Park a "reminder" from the starting machine after he missed the start last time out.

"We just wanted to wake him up a bit out of the gates," Angland said. "He jumped very quick and cleanly, so we were very happy with that."

Later in the morning All You Wish drew the inside marble, which Angland said wasn't ideal, but "better than drawing 11 or 12".

We just wanted to wake him up a bit out of the gates. He jumped very quick and cleanly, so we were very happy with that
Tye Angland

"I would rather draw around four so you can have the option of getting one off and getting clear running down the straight," he said. "But in these sort of races you don't want to lose a position from the barrier and some days you can box seat and daylight will open on the inside."

Not only did All You Wish miss the kick last start, he was off the bit chasing over 1,400m, giving the impression he will appreciate even further than a mile, just as Yip has always maintained.

"He has drawn one, so we will try to be close and this time over a mile it will be easier for him because they shouldn't go as fast," Yip said.

The Classic Mile contains five horses rated 100 or more - four of them from John Moore's stable - but All You Wish was the first to reach triple figures, winning five from six last season on his way to Most Improved Horse of the Season honours.

In three starts this term against Class One or better opposition All You Wish has found the line strongly without really threatening, particularly in his last start in the Group Three Chinese Challenge Cup.

"Every time he has been honest and tried hard. He was just unlucky in the mile race to be wide all the way and last race he finished off in 21.75s for his last 400m," Yip said.

As with many other trainers, Yip says there will be something left in the tank for the final two legs of the four-year-old series, culminating in the HK$16 million BMW Hong Kong Derby on March 16. "I'm sure he will run very close, but I am sure he can stay longer," he said. "He will be finishing off very well. But I have trained him for the Derby, that is his target race. There's a long time to go until March. We won't rush him, we will just keep him happy."

Meanwhile, stewards on Friday concluded the adjourned inquiry into the December 29 fall of Chok Chok that saw that horse put down and jockey Keith Yeung Ming-lun taken to hospital with a broken collarbone. Vincent Ho Chak-yiu was given a five-meeting ban for careless riding after it was deemed he caused interference when shifting out on Mighty K. Ho's suspension will start after the January 26 meeting at Sha Tin and he will return on February 19 at Happy Valley.