Three for Angland but he still plays second fiddle 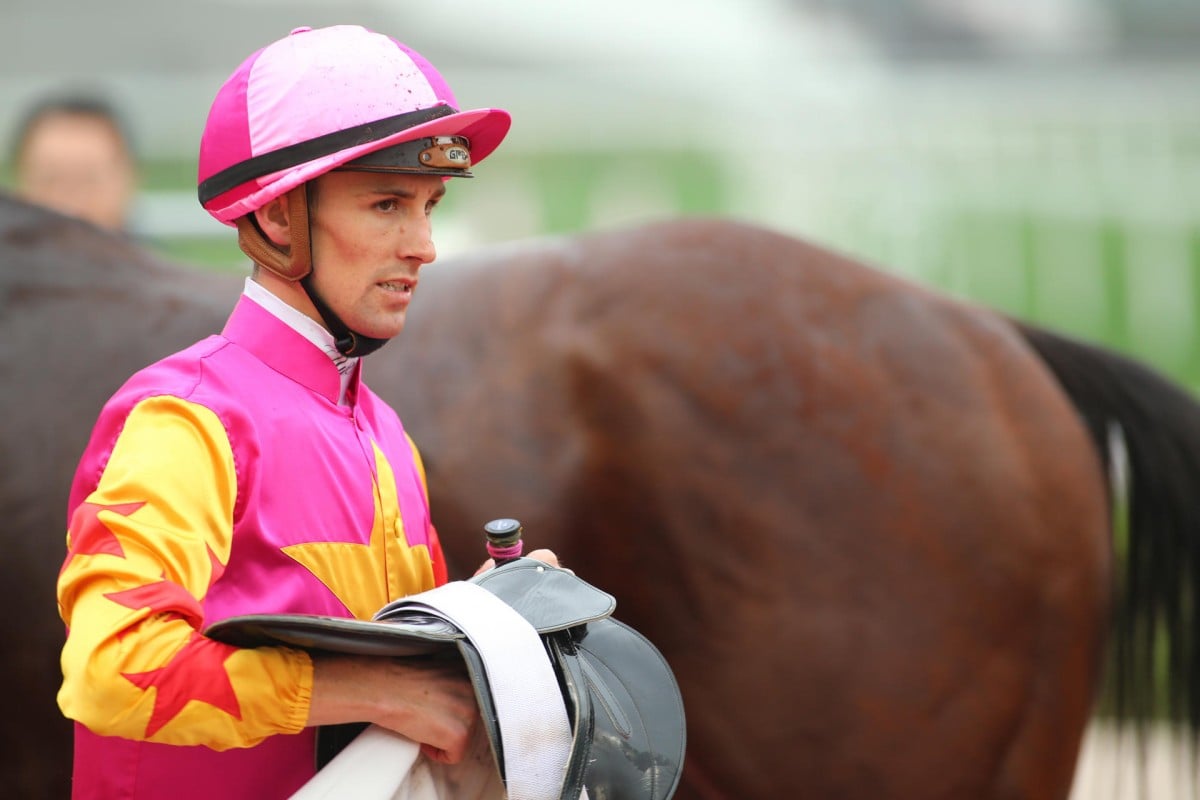 Life's dealing out tough hands when you ride a winning treble and still can't be competitive in the Jockey Challenge but that was Tye Angland's day at Sha Tin.

Angland shone a light on the outside fence fast lane with Robust Momentum for Caspar Fownes in the opening Class Five.

He wound up his three-timer with an all-weather victory on Smart Volatility for Francis Lui Kin-wai, by which time Jockey Challenge betting had already been suspended as "having become uncompetitive" due to Joao Moreira's three wins and three seconds.

But it was his most unlikely of victories on Lucky Bonus in the fourth which had everyone, even rival Zac Purton, shaking their heads in amazement.

Lucky Bonus was expected to be one of the forward runners, as is his usual pattern, but the gelding reared when the gates opened, hitting the ground eight lengths behind the field.

"I didn't want to hunt him along because he has a history of overracing," Angland said.

"So I just let him gather himself and his momentum. They didn't go that quick and even though I just sat on him he got up to the field fairly quickly by the first turn. Obviously he was still last when we got to the home straight though, and I looked up and there were just a lot of horses in front of me and nowhere to go, so knowing I'd come down the outside section to win the first, I thought I'd take him there for clear room."

Angland said that the mistake at the jump might have highlighted the way to ride Lucky Bonus, who had been having trouble switching off or finishing his races off.

"Horses that overrace don't finish off, and actually he didn't really know how to let down - probably because when he's been asked to in the past, he's already spent his energy pulling and had nothing anyway," he said.

"So he's still learning that part of it and wasn't fully comfortable with it."

Lucky Bonus rounded off a race-to-race double for Shum, who had scored half an hour earlier with his dirt 'find' Hello Kimberley (Joao Moreira), who made it two on end on the surface. Hello Kimberley beat Maroon Prince, whose jockey Neil Callan was suspended for three meetings for careless riding.