Size extends his championship lead after scoring a treble

There might still be a nip in the air but trainer John Size had more of a spring in his step after emerging from his winter doldrums with a winning treble. 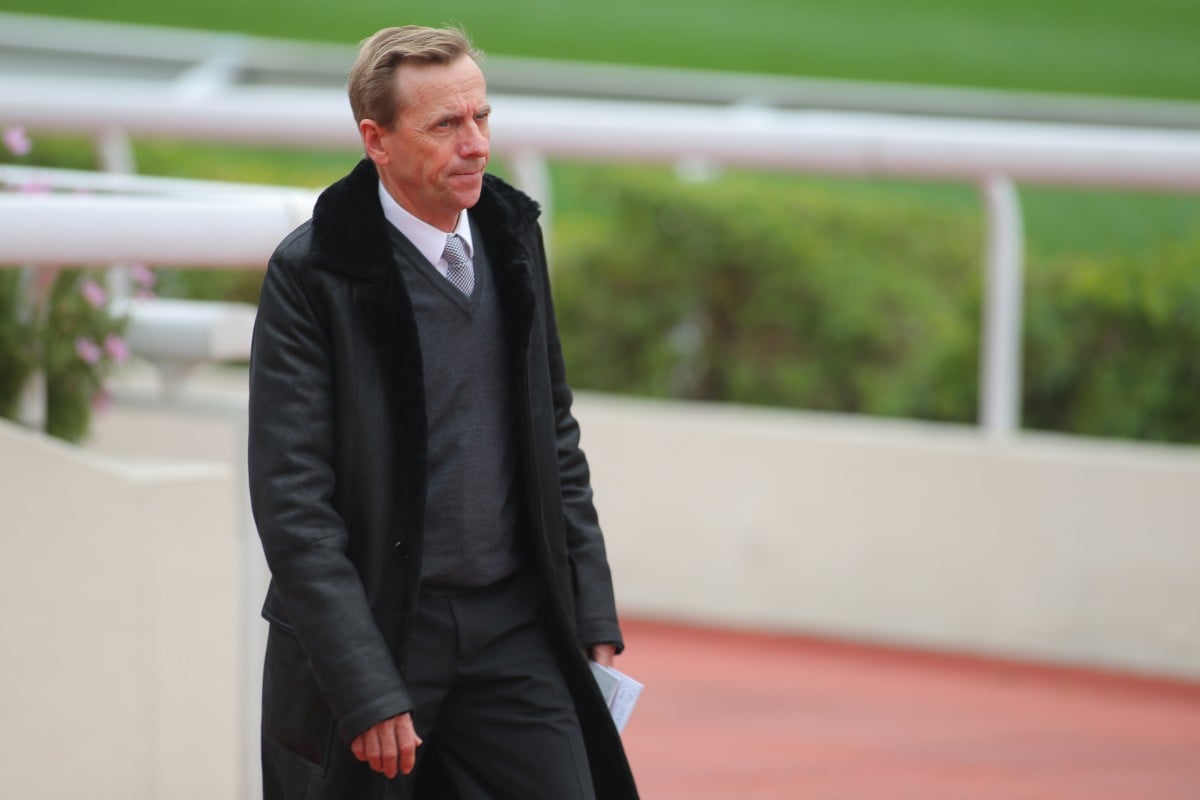 It was a top day for John Size, who trained three winners. Photo: Kenneth Chan

There might still be a nip in the air but trainer John Size had more of a spring in his step after emerging from his winter doldrums with a winning treble.

Size kept the championship lead despite just one win in January, but made it five this month after Access Years and Sichuan Exec scored for Joao Moreira and belated Derby aspirant Khaya won with Douglas Whyte aboard.

Khaya's 1,600m victory on his reappearance after three months off the scene confirmed him as a promising horse who might have made his way towards the Derby if not for a mid-season setback.

"It wasn't an injury, just a temperature, but it took him a while to get over it and get his blood back in order so we've lost that time to get his rating up," Size said. "He'll only be in the 70s now so I'll have to give it some thought and see what we can do. We might have to take a gamble - the Derby distance won't be an issue but his rating certainly is."

Whyte said yesterday's victory shouldn't be underrated and said the enforced break had been a positive for the gelding in some ways.

"He feels more rounded physically and mentally for that extra time. He's a lovely, progressive staying horse and didn't have it all his way today," he said. "I got to a nice position that made it look easy but I had to use him to get there from the wide draw, and then the tempo didn't slow up, there was no real breather in the race."

Moreira landed three to cut Zac Purton's jockey championship lead back to six wins, and the win of Access Years came as a relief to favourite backers after the gelding was an unlucky loser at his prior two starts.

"Although the punters obviously would have preferred it otherwise, it was a good thing for his future that he's had those defeats in Class Three," Size said. "His ability got him where he is quite quickly, and he would have got to Class Two too soon if he'd got there three runs ago. I'm happier heading to a higher grade with him now that he's had that extra racing experience."

Sichuan Exec's record now reads four wins from 10 starts after Moreira also crossed from a wide draw to find the rail early and was able to set the tempo in the final race.

"It looked like the inside was no disadvantage today and Joao was confident going there," Size said. "Sichuan Exec has some speed which gets him a little bit of luck and he has scrambled in like that a couple of times but he has never run a minor placing. If he wins, he wins but if anything goes wrong he's nowhere and that's not going to help now he's getting higher in the ratings."