Moreira and the extended mile key to victory for Winnie's Horse

There is no stopping the Joao Moreira train and the Magic Man's touch and a step up in distance might be just the recipe to get the best out of Winnie's Horse in the Rotary Centenary Challenge Cup (1,650m) at Happy Valley. 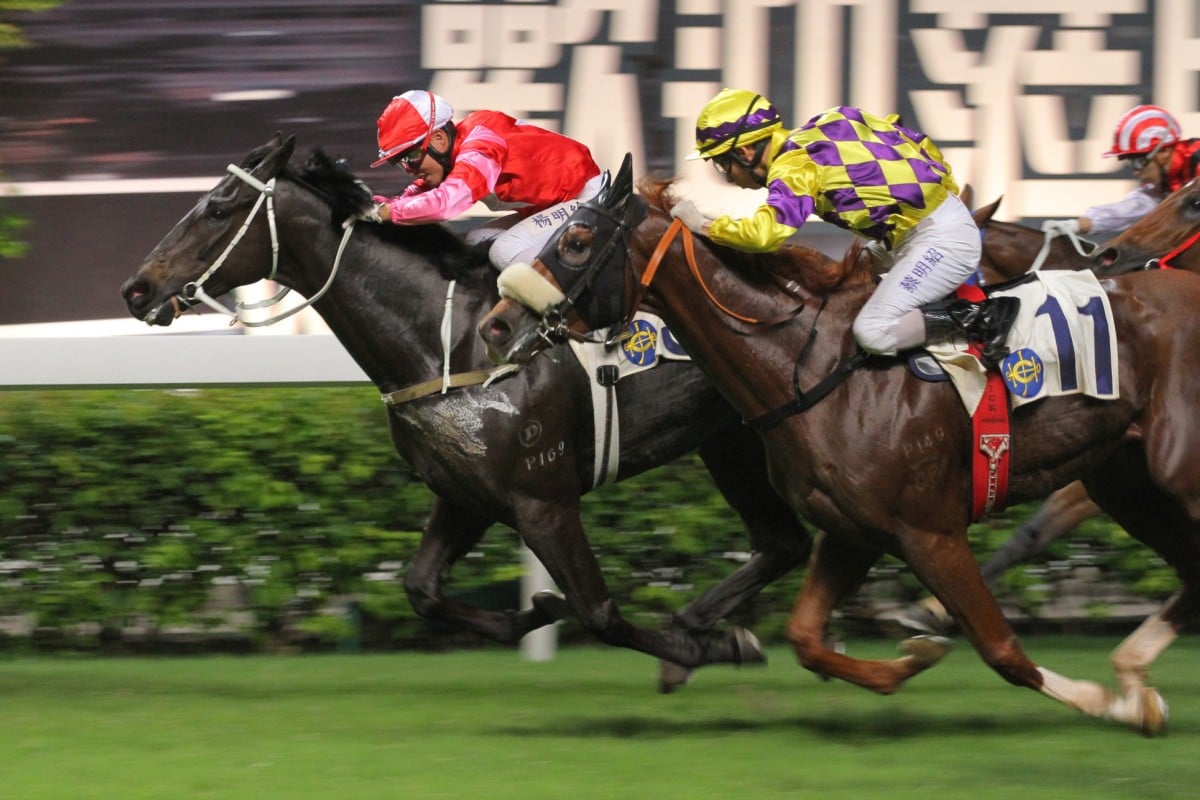 Winnie's Horse (inside, Keith Yeung Ming-lun) holds on to win at Happy Valley in July. He will be looking for his first win this season with Joao Moreira aboard. Photo: Kenneth Chan

There is no stopping the Joao Moreira train and the Magic Man's touch and a step up in distance might be just the recipe to get the best out of Winnie's Horse in the Rotary Centenary Challenge Cup (1,650m) at Happy Valley.

Francis Lui Kin-wai recently took over Winnie's Horse after the gelding had already built himself a worthwhile form line under Tony Cruz over sprint distances, but the four-year-old seems to have lost his early tactical speed these days over the shorter trips.

He was quite one-paced in his first outing for the new yard over 1,200m at Sha Tin on January 19, when he was fairly well placed in running but only plodded down the running in the race won by Smart Forward.

That looked a decent quality race, with unlucky runner-up Access Years winning since, but far more important to the prospects of Winnie's Horse is the sharp step up in distance to the extended mile.

Mega Champion and Emperor Claudius can certainly take up forward positions in the race, but there is speed drawn in the outside half of the field too, with Sight Lover (Weichong Marwing) and outsider Furio jumping up in distance.

With a good break, Winnie's Horse may be able to go with or track those horses in running and be the one going clear into the final 200m.

But the race is no pushover, and that same scenario will suit Douglas Whyte's mount Jazzy Feeling, who has gate four and should be buried in midfield before emerging with his strong finish.

Coming off a narrow second to Enthusiasm (Karis Teetan) last time, Jazzy Feeling also looks a terrific chance to win the race although his record of only one win and eight minor placings is starting to be a concern.

Enthusiasm, Calling With Love (Zac Purton), One Of A Kind (Ben So Tik-hung) and Sight Lover all look strong chances in a trophy race with more chances than also-rans.