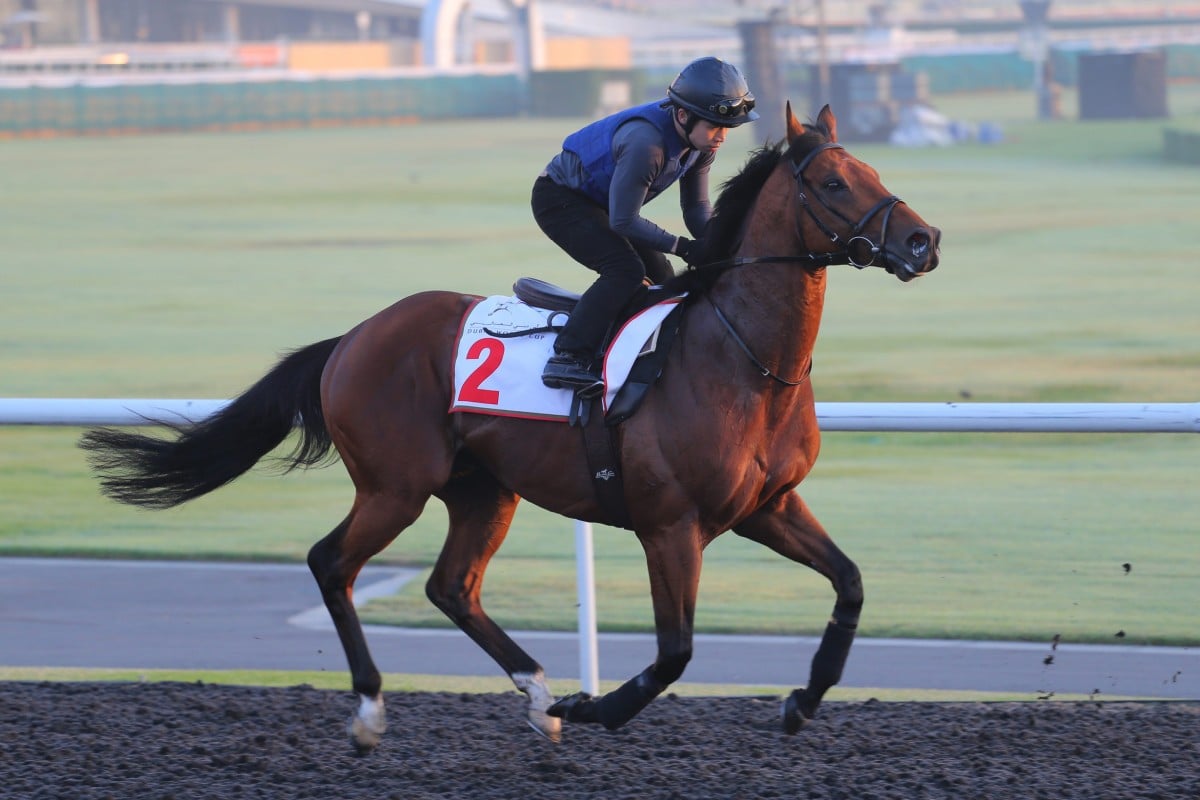 Relieved trainer Richard Gibson has declared Akeed Mofeed all systems go for Dubai after the stallion emerged from his disappointing Citibank Hong Kong Gold Cup defeat with a scratch but nothing more.

Akeed Mofeed was put off his game after heavy contact early in the 2,000-metre showpiece and the match race of the season was quickly over as reigning Horse of the Year Military Attack reinforced his credentials and put the young pretender in his place.

"The more I've looked at the replay, the more relieved I've been that Akeed Mofeed came out of it without a serious injury," Gibson said on Monday.

He didn't run his race. Everything that could go wrong did go wrong
Richard Gibson

Blazing Speed's jockey, Mirco Demuro, was later suspended for the clash at the first turn as he came across from the outside gate and on to Same World, who made heavy contact with Akeed Mofeed's hindquarters as he was sandwiched between the two.

"He has a cut on a suspensory but it's superficial, very minor, and won't affect the horse or his training, but it could have been a nasty incident," Gibson said.

"And that incident really fired Akeed Mofeed up, that heavy contact, and he didn't run his race. Everything that could go wrong did go wrong.

"My professional opinion before the race was that he looked the best he has ever looked, so it was disappointing that we didn't see his best, but the horse has come through it fine and it's all systems go for Dubai."

Winning trainer John Moore is still awaiting the green light to switch Military Attack to the US$10 million Dubai World Cup instead of the US$5 million Dubai Duty Free, for which the horse has already had an invitation.

"I sent Frank an e-mail on Sunday night and followed it up by speaking to him today, so he knows all about it and I expect we'll get an answer back in 48 hours, maybe Thursday at the latest," Nader said.

The Hong Kong team for Dubai is coming together, with five horses looking certain to run on World Cup night on March 29.

Moore will also have Dominant in the Sheema Classic and Sterling City in the Golden Shaheen, while Ricky Yiu Poon-fai-trained Amber Sky and Derek Cruz-trained veteran Joy And Fun will line up in the Al Quoz Sprint.

Michael Chang Chun-wai also has designs on a Golden Shaheen start for Rich Tapestry, but will attempt to get into the field via the Group Three US$200,000 Mahab Al Shimaal over the same 1,200m Tapeta course at Meydan on Super Saturday on March 8. Rich Tapestry leaves for Dubai this Sunday.

And Tony Cruz is also waiting to see if he has an invitation to the Dubai Duty Free for Blazing Speed, who was a supplementary entry for the race two weeks ago.