My Name Is Bond spearheads Hong Kong sweep of interport

by By Michael Cox [email protected] 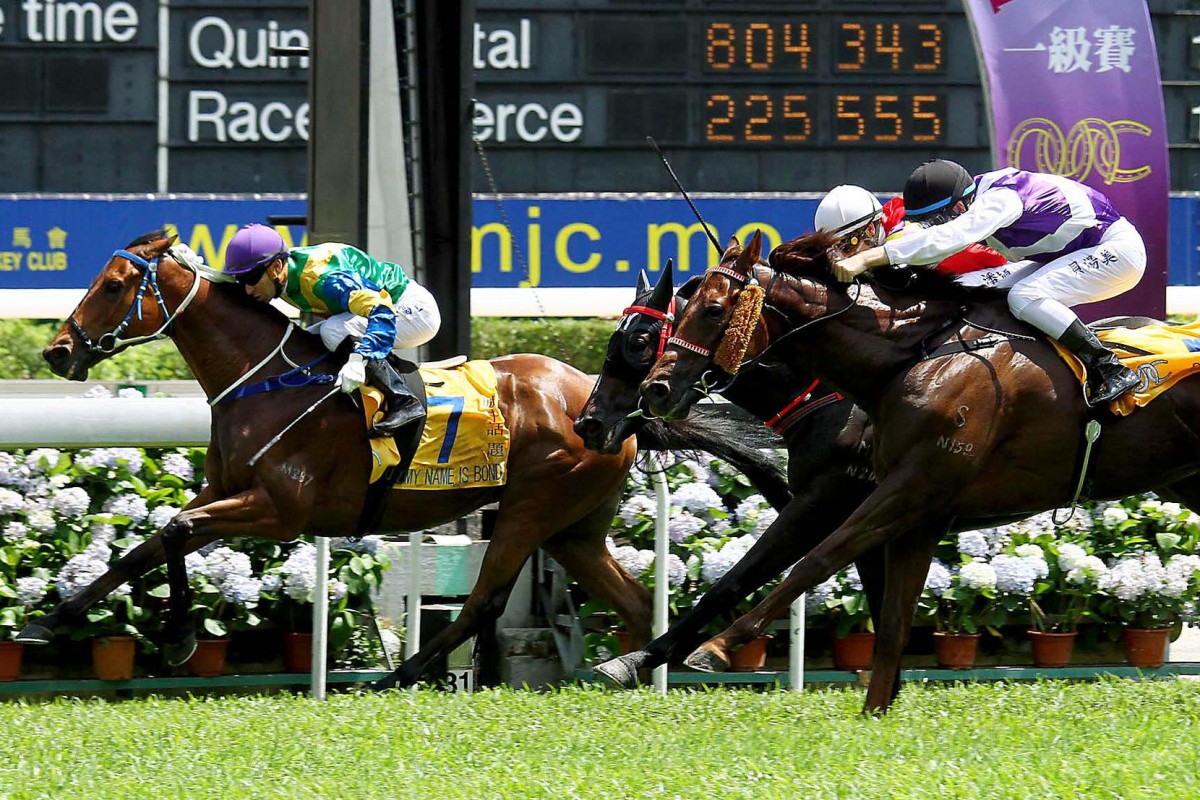 A ground-saving ride by Joao Moreira helped My Name Is Bond lead home another Hong Kong clean sweep of the Macau Hong Kong Trophy at Taipa Racecourse on Saturday, as the visiting horses filled the first five placings.

After Hong Kong horses dominated the first leg of the interport series at Sha Tin in March, with locals filling the first seven placings, the Caspar Fownes-trained sprinter snuck along the rails for Moreira, edging out Ricky Yiu Poon-fai's Deep Thinker in a photo finish.

"That's a great result, for us, and for Hong Kong. And it's good to have a photo go my way," Fownes said.

I thought he would run it out, but not strongly, and that's why we needed that sort of ride from Joao
Caspar Fownes

"I've had a few close ones go against me recently, so I can forget about them now. Joao rode a great race. He did exactly what I asked and that was to save as much ground as possible, take the inside runs if they came and ride for luck."

Although My Name Is Bond had run well over 1,400m at Sha Tin last season, Fownes has kept the six-year-old to sprint journeys this term to great effect and had some doubts about the gelding handling 1,500m.

"I thought he would run it out, but not strongly, and that's why we needed that sort of ride from Joao," Fownes said.

Locally trained favourite Wonder Mossman led the field up and set a strong tempo, but just as he did in the first leg, three months ago, he quickly faded in the straight.

My Name Is Bond and Deep Thinker led home Winning Leader, Zaidan and last year's winner Noble Alpha. Wonder Mossman hung on to be the best-placed local in sixth.

A race later Moreira was sent out on even-money favourite Hostwin Donatello in the Macau Derby, but was beaten into second by third favourite Best Season - denying trainer Gary Moore a fairytale farewell ahead of his departure to train in Australia. Moore has dominated the Macau scene for the past decade, winning seven premierships.

The former champion jockey and brother of leading Hong Kong trainer John, Moore has been granted 24 boxes at Rosehill and will start on August 1.