While Zac Purton didn't deliver Caspar Fownes a winner on the day he was crowned champion jockey, he did help Andreas Schutz reach the minimum benchmark when Magical Beam gave the German his 15th success of the term. Andreas Schutz was all smiles after making it to 15 wins with eight races to go for the season on Sunday. Photo: Kenneth Chan

While Zac Purton didn't deliver Caspar Fownes a winner on the day he was crowned champion jockey, he did help Andreas Schutz reach the minimum benchmark when Magical Beam gave the German his 15th success of the term. If trainers fail to reach 15 wins in a season three times they can lose their licence, and Magical Beam's Class Five win meant Schutz narrowly avoided a second strike after missing the mark in 2009-10. "I love giving back to the people that support me," Purton said. Schutz's victory left Sean Woods (13 wins) and Almond Lee (12) as the only trainers to fall short. Michael Cox 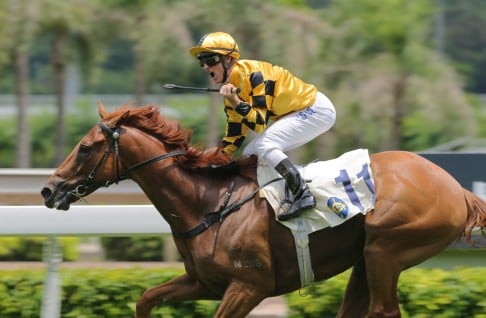 Tye Angland's renowned vigour again got the best out of Dennis Yip Chor-hong's Real General, the Australian continuing his strong association with the six-year-old. Real General hadn't won in 17 starts this season and had dropped into Class Five, but Angland clearly has an affinity with the horse, having been aboard in three of the gelding's four wins. "I think he is a bit better than that grade," Angland said. "He is just a little bit lazy and takes some hard riding." Angland held on for fifth in the jockeys' title with 49 winners despite leaving in mid-April for family reasons. Michael Cox 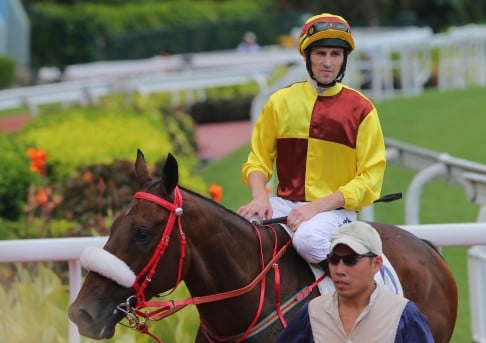 A remarkable racing career that saw assistant starter Philip Waldron ride for Britain's Queen Elizabeth, compete in 17 countries, become the first club jockey in 1987 and eventually mentor local riding talent came to a close at Sha Tin on Sunday. After riding until 1996, Waldron was appointed a starter in 2000, and also worked as head race riding instructor. He won more than 2000 races as a jockey, but humbly said it was tutoring riders like Matthew Chadwick, Derek Leung Ka-chun and Keith Yeung Ming-lun, among others, that had given him most satisfaction. Michael Cox 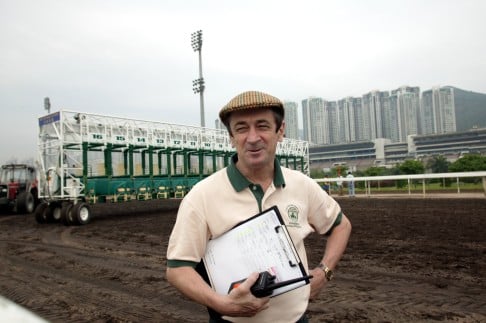