High-profile import Divine Calling is barely asked for an effort from Zac Purton but proves much too good for Beauty Flame (Matthew Chadwick). Photos: Kenneth Chan

Glamour Australian import Divine Calling simply strode into Hong Kong racing on Sunday, thumbed his nose at an above-average Class Two field and left everyone at Sha Tin wondering where the roof might be on the grey's future.

Twelve months to the day since Divine Calling ran second in the Group One Caulfield Guineas in Melbourne for Gai Waterhouse, with Cox Plate winner Shamus Award and weight-for-age star Dissident in his wake, the Tony Millard-trained four-year-old was never out of second gear under Zac Purton to produce a rare and memorable debut win.

The debutants who win in Class Two or higher are rare, a handful in the past decade, but all of them - Derby heroine Elegant Fashion (2003), Stewards' Cup winner Russian Pearl (2004), Willie Detroy (2005), Royal Prince and Helene Brilliant (2007) - were top class.

"All I can say is that I've never been able to get a horse of this ability out of Australia," said Millard.

"It's my own fault. I've never gone to buy them because, usually by the time they're ready to sell there, the horses are tired.

"They don't leave much in the tank. We got lucky with this one because Gai Waterhouse owned a share and was prepared to sell." 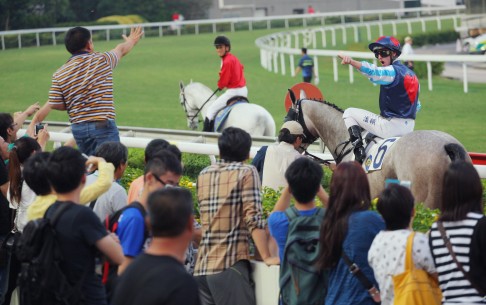 Although Divine Calling landed much earlier this year, Millard said he had resisted any temptation to run the grey.

"We've taken our time. In the beginning, he didn't show me much and wasn't doing well and I must thank his owners for believing in me because it wasn't easy with a high-profile horse," Millard said.

"By waiting I think I've made him better and now anything can happen for him. I haven't seen one like this from Australia for a long time. He's run a very fast time."

Millard said there was no temptation to look at the international races and the four-year-old races would be the focus for Divine Calling, ultimately with hopes for the Derby at 2,000 metres.

"Tony's done an excellent job getting him really prepared well and he came to the races ready to do something," said Purton, who was very kind to Divine Calling at the end of the 1,400m.

"Gate one was a big help, we got a great run and the win was effortless. If he has a few lengths up his sleeve, he's pretty exciting.

"He's going to eat up a mile and he's so relaxed through a race that he has the right attitude to handle even longer trips." 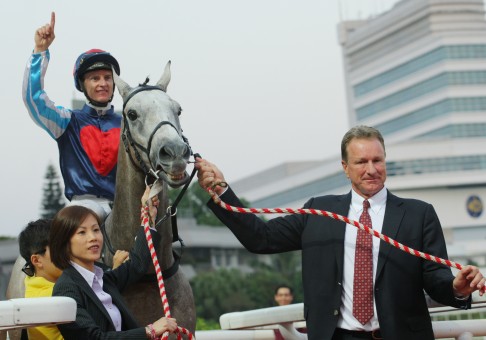 Joao Moreira had done much of the work on Divine Calling and missed the ride through suspension, giving Purton his first mount for Millard in over a year, but the trainer said Purton would stay on.

"That's the name of the game - you take your opportunities when they come and that's what Zac did today," Millard said.

"I'm sure it will go the other way at times when Zac is suspended and Joao gets on one of his and wins and keeps it."

The win was also a positive for the new role at the club taken up last year by Nick Columb, who is consulting to the Jockey Club assisting mainland Chinese owners unfamiliar with the process of finding and buying horses.

"Nick stuck his neck out on this one so it's great for him," said club chief executive Winfried Engelbrecht-Bresges.

"They are first time owners and they'll be thrilled. They aren't here today because they went to the Arc in Paris and stayed on for a week but they will have seen it on television." 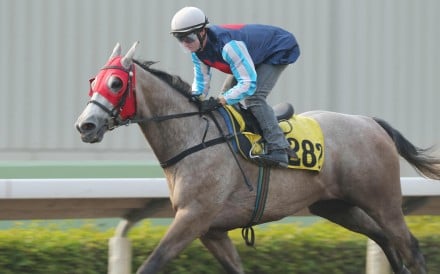