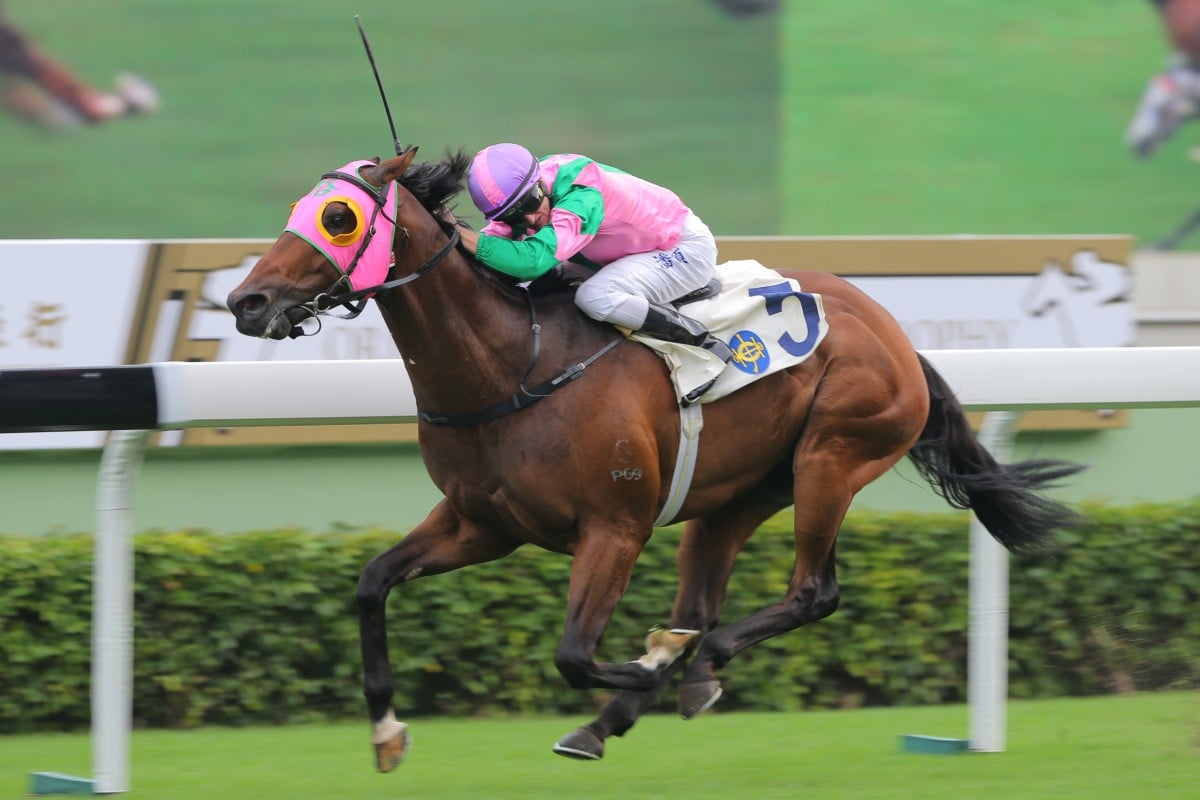 Zac Purton gets the best out of Aerovelocity to score a short-head victory in the Premier Bowl. Photo: Kenneth Chan

There was a time not long ago when trainer Paul O'Sullivan couldn't find an owner for Aerovelocity, but the horse no one wanted has become the rising star of the sprint ranks and all but booked his ticket to the big dance with a dramatic victory in Sunday's Group Two Premier Bowl (1,200m).

Aerovelocity, last season's most improved horse, continued his meteoric rise through the ratings as he overcame a botched start and flew into international day calculations with a stirring win under a sensational Zac Purton ride.

According to O'Sullivan there are "around 25 owners" that could have purchased the son of Pins from his brother Lance's stables in Matamata, and no doubt they are all rueing a missed opportunity, with the six-year-old now almost assured of a start in the HK$18.5 million Hong Kong Sprint on December 14. 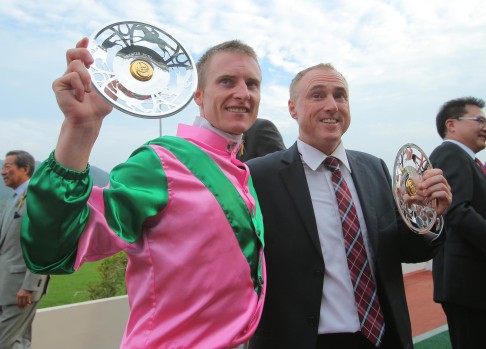 O'Sullivan isn't getting ahead of himself though, pointing to the Group Two Jockey Club Sprint in four weeks as the next step, and reflecting on the string of rejections that came before the horse was finally imported.

"Lance and I bought him as a yearling and we qualified him," O'Sullivan said.

There would be a heap of guys sitting up in the stands now that could have bought him, but these owners just came out of nowhere
Paul O'Sullivan

"I had called everybody, but at that time we weren't going that well. There would be a heap of guys sitting up in the stands now that could have bought him, but these owners just came out of nowhere. I'd never met them before and I said, 'have I got a horse for you.'"

While Aerovelocity's career got off to a rocky start, his race began in about the worst possible manner when he uncharacteristically jumped in the air and ended up near last.

O'Sullivan praised Purton's coolness under pressure to not push forward out of panic and instead look for a rails run: "Zac is a gun jock and that's what made it a great ride for mine."

Purton found the breaks late to score by a short head on the 3-1 favourite, edging out lightweight hopes Super Jockey and Smart Volatility, who produced the run of the race after being carted wide around the home turn.

All of them looked like being swamped by top weight Able Friend, who loomed but peaked on his run as 133 pounds and a lack of fitness told.

"He would have won if fully fit," trainer John Moore said. "He comes back to level weights at the mile next start and he will be very hard to beat." 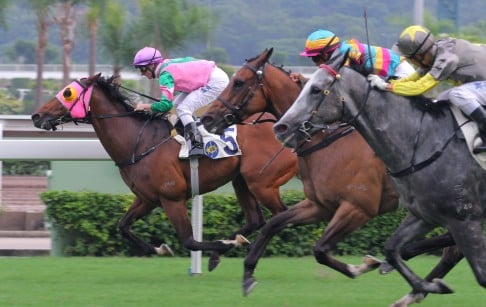 "I thought he was a little flat - he was unlucky not getting cover and at the 600m horses in front of me hung out and pushed me wider, but I was still disappointed in how he finished off," he said.

The winner's missed start and remarkable recovery may have opened up tactical options for O'Sullivan, the run confirming the trainer's suspicion that the horse could be ridden further off the speed than he has been previously.

"It gives us another dimension for upcoming races, he doesn't have to charge forward. If we draw a bad gate we now know that we can ride a little more patiently," O'Sullivan said.