The Melbourne spring racing carnival caught Joao Moreira fever on Saturday as the Brazilian magician landed his first Flemington Group One, then forced his way into Melbourne Cup calculations less than an hour later. 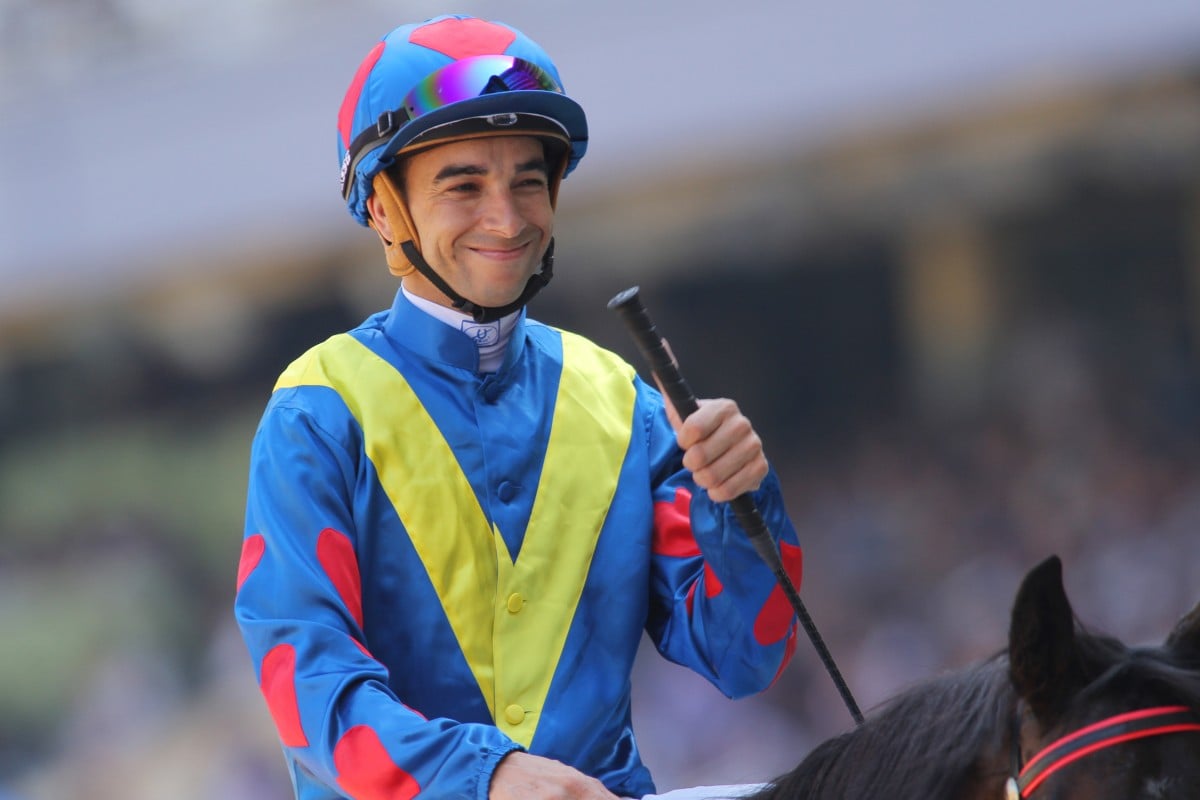 Joao Moreira will be in the limelight on Melbourne Cup day. Photo: Kenneth Chan

The Melbourne spring racing carnival caught Joao Moreira fever on Saturday as the Brazilian magician landed his first Flemington Group One, then forced his way into Melbourne Cup calculations less than an hour later.

Moreira won the Group One Coolmore Stud Stakes on Brazen Beau for leading Sydney trainer Chris Waller and failed by the barest of margins to add another Group One for the same yard when He's Your Man was touched off by Happy Trails and Damien Oliver in the Mackinnon Stakes two races later.

Good horses like that make it a lot easier for me. [Signoff] just got there so easily
Joao Moreira

But it was Moreira's Group Three victory in between for Melbourne's top trainer, Darren Weir, which could have even bigger repercussions going forward to the race that stops Australia, with Hong Kong's top jockeys - Moreira and Zac Purton - now preparing to face off on the two Melbourne Cup favourites.

Weir had a six-month programme aimed at winning the Melbourne Cup with lightly weighted Signoff and Moreira last week committed himself to riding the horse on Tuesday, provided he made the field.

Well down the ballot for a place in the Cup, Signoff's only avenue for forcing his way into the field was by winning the Group Three Lexus Stakes, 2,500m, as the winner gains automatic entry.

Moreira gave Signoff the perfect ride to coast home by 21/2 lengths as a heavily-backed favourite in the Lexus and the five-year-old marches into the world's biggest handicap race with a serious chance of giving Moreira success in the race at his first appearance in it.

"Good horses like that make it a lot easier for me. He just got there so easily," he said.

Bookmakers reacted by slashing the Melbourne Cup odds of Signoff from 20-1 down to 5-1 and Signoff is pressing Purton's mount, Caulfield Cup hero Admire Rakti, for favouritism.

Signoff was penalised 1kg for his Lexus win and rehandicapped to 51kg for Tuesday, but he will still carry 7.5kg less than Admire Rakti.

The Japanese stayer's prospects were boosted on Saturday night, getting barrier eight and Signoff not being as well placed in post 16.