Moreira hopes for atonement with trio 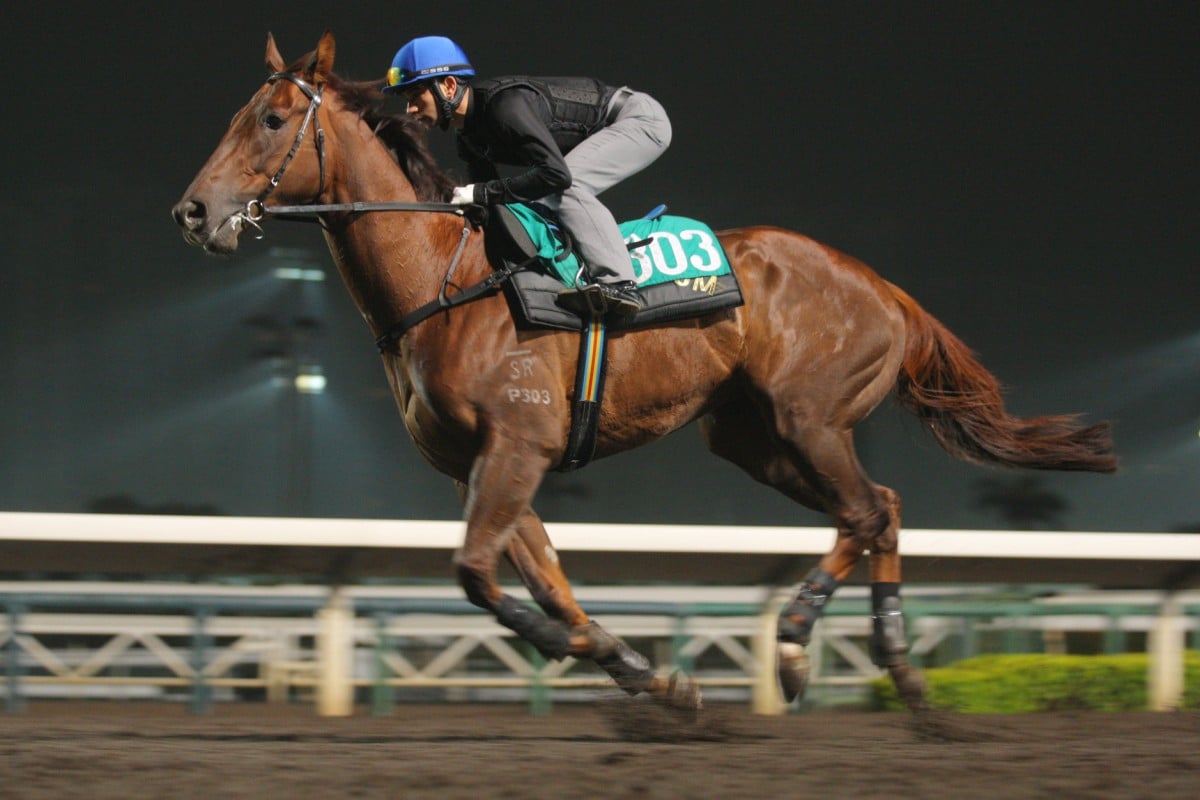 Able Friend, with Joao Moreira aboard, may not be at his best this weekend but should be for international day. Photos: Kenneth Chan

The pain of missing last year's end-of-year features through suspension still burns for superstar jockey Joao Moreira and his road to redemption begins in Sunday's international preludes with a trio of John Moore stars out to reclaim their form after underwhelming last-start failures.

Moreira was lured to Hong Kong just over 12 months ago with the ride on Hong Kong Mile favourite-in-waiting Ambitious Dragon, who soon after was seriously injured in trackwork. As it turned out, Moreira's wayward navigation and subsequent slew of careless riding suspensions sidelined him during December anyway.

"It was very frustrating to not ride on international day - it was the hardest time I've had here," he said.

[Able Friend] is a big horse, even the saddlecloth doesn't fit him properly. I told John [Moore] the other day we had to find him a new one, it's like a seven-foot tall basketball player wearing one of my T-shirts
Joao Moreira

"I came here from Singapore because I wanted to ride better horses and fortunately I've been on some of them, but I still haven't got what I wished for - to ride in the internationals."

Just as Moreira's focus sits squarely on December 14 and the four International Day races - his mounts in Sunday's Group Two lead-ups are also being primed for the big day and need strong performances to reclaim their mantle as leading contenders.

Reigning Horse of the Year Designs On Rome (Jockey Club Cup), Able Friend (Mile) and Sterling City (Sprint) give Moreira an all-star hand, but there are question marks over each horse after they were soundly beaten in lead-up runs.

"I couldn't be happier with my rides. They are all in good shape and are fantastic horses, but we are looking at the main races and whatever they do on Sunday they will improve on," he said.

After Designs On Rome returned with an eye-catching third over an unsuitable 1,400 metres last month, it was assumed by many he would dominate when stepping up to a mile. 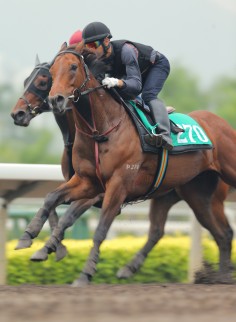 Instead, with Moreira aboard for the first time - replacing last season's regular rider Tommy Berry - he came up a flat eighth as even-money favourite, languishing under a big weight in a high-quality Group Two handicap.

"That can happen with horses second-up," Moreira said. "He ran super first time out and he was slightly down last start - but third run in and at a trip [2,000m] that is better for him, I think he will be back near his best."

After an injury setback hindered Able Friend's preparation, he loomed at the top of the straight like he would demolish his rivals fresh over 1,200m. Instead, top weight and a lack of fitness stopped the giant chestnut in his tracks and he missed a place.

"He was short of a run, and maybe he still is, but I am sure this race will bring him up to the top of his game and have him ready for December," Moreira said, before expanding on the difficulties of preparing an equine machine that weighs in at close to 1,300 pounds (590kg) on Sha Tin's relatively tight all-weather track.

"You have to keep him balanced, because there is a lot of pressure on him around those turns, although he does help you in that he is very relaxed and takes care of himself.

"He is a big horse, even the saddlecloth doesn't fit him properly. I told John the other day we had to find him a new one, it's like a seven-foot tall basketball player wearing one of my T-shirts.

"I thought it was actually a very good run from him last start, the extra 400m will suit him, but on Sunday he is running against very good horses, and horses that are fit. At his best he could win, but I'm just not sure that he will be at his best this weekend." 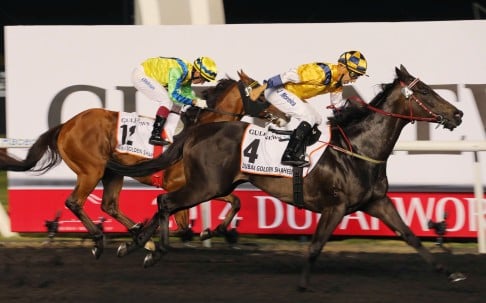 Sterling City, a Group One winner for Moreira in Dubai this year, was the most disappointing of the three, labouring to 10th in the Group Two Premier Bowl.

Moreira partnered Sterling City in a gallop on Sunday and said the five-year-old seemed to have improved in the mornings.

"What he has done tells us that we have to give him another chance," he said. "I expected more from him last time, but I have been on him in the last couple of gallops and he has been better. He should be competitive."

In other news, jockey Olivier Doleuze will not require surgery on his injured right shoulder but has been ruled out until at least early next month.