The Jockey Club Sprint may be the highlight of Sunday's TT, but it is a competitive affair, so look to the other races for an obvious banker 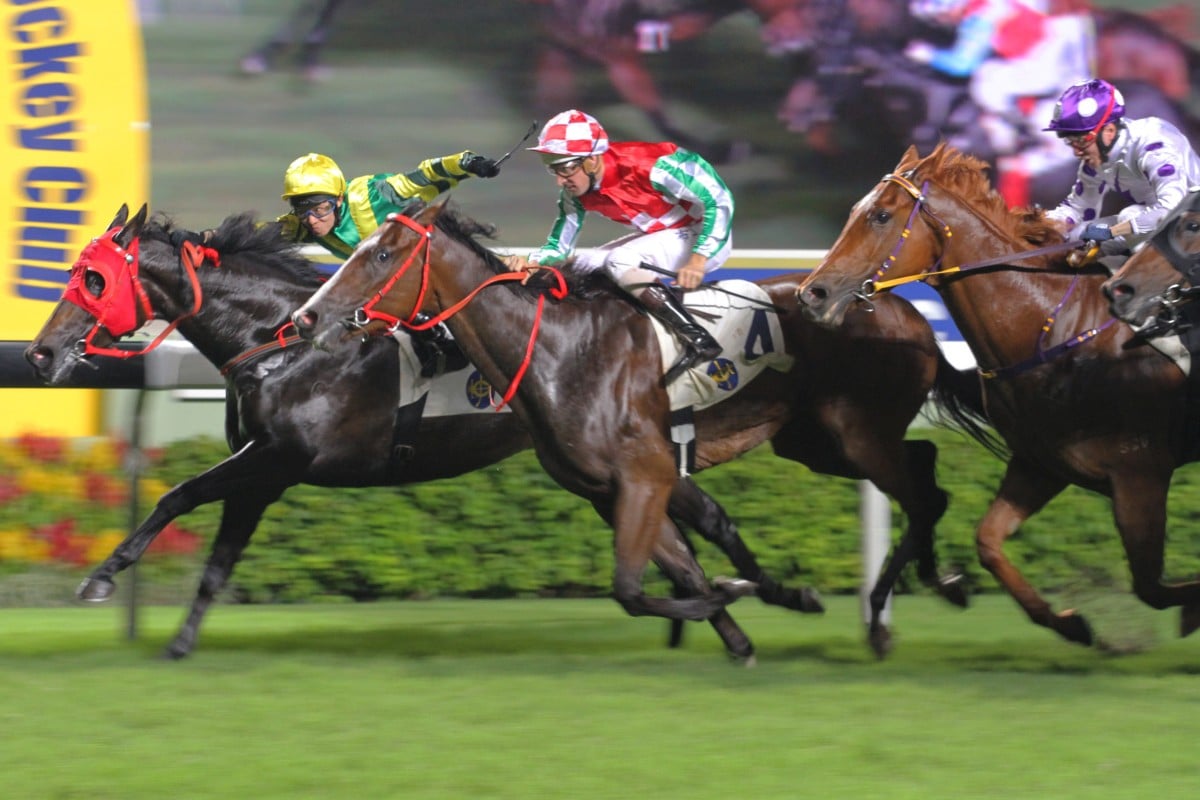 Unbeatable Guts finishes second to Cheers Victories in June. He can break through on Sunday. Photo: Kenneth Chan

After a troubled run as a short price favourite last time out, Unbeatable Guts stands out as an obvious banker in the opening leg of Sunday's Triple Trio that is capped by an international day prelude.

Even a wide gate should not stop the Peter Ho Leung-trained four-year-old from breaking through for his maiden win in a 1,400m Class Four.

Unbeatable Guts showed some good signs in his inaugural season as a three-year-old, both at the trials and in four starts on the track, and despite his rawness nearly broke through when beaten a short head by Cheers Victories in June.

The son of Encosta De Lago finished runner-up when resuming over 1,200m in early October, looking like he needed further, and Ho subsequently stepped the horse up to 1,400m last start and he was sent out 2.2 favourite.

A check in the early stages cost Zac Purton a key position in the run, and saw him shuffled back a length or two. The leaders ran along anyway, and as Unbeatable Guts came to make his run he was again bumped before turning and raced in restricted room up the straight. Purton never got to make full use of the relatively inexperienced type, and when given some space late he found the line well.

Purton will probably be forced back from the draw this time, but there should be a solid enough tempo off which he can run home with Harbour Delight drawn one for Umberto Rispoli and likely to fight for a prominent spot, and Winning Novel (Derek Leung Ka-chun) and Dashing Super likely to come across and make a play for the forward positions.

Harbour Delight and Winning Novel deserve some consideration, but also look to include a couple of untapped talents from leading stables: Bear-Pop (Karis Teetan) and Contentment (Mirco Demuro).

John Moore's Bear-Pop should appreciate the step up to 1,400m, and while he is only three and will get better, he showed enough when third at big odds last start to suggest he could go close to winning soon in the right race.

It's hard to say what John Size-trained first-starter Contentment has under the bonnet - he has to be taken on trust after five unrevealing trials typical of his handler's slow and steady approach. Contentment travels kindly enough, and although he does seem a grinder more than having any sort of brilliance, he at least should be sufficiently fit for his 1,400m debut.

The Group Two Jockey Club Sprint (1,200m) is the final leg of the TT, and it might be easier to work backwards and cross out the horses that aren't likely to be competitive.

The four Group One winners carrying the five pounds extra all have question marks: Lucky Nine is first-up after six months, Sterling City's last run was disappointing, Amber Sky handles turns like a rocket-powered shopping cart and unbeaten Spalato is a star in Singapore, but yet to race anywhere else, let alone right-handed.

Yet, none of the group of horses with the five-pound allowance has truly proven they belong in top class company.

Take one on the rise - stick with Paul O'Sullivan's Aerovelocity (Purton) as banker after he drew gate one. He comes off a comprehensive win in the Group Two Premier Bowl, where it took a magical ride from Purton to get him home. Of the top weights, throw in Lucky Nine (Brett Prebble) from a good draw - he has been kept fit through much of his layoff and trialled satisfactorily - and Spalato (James McDonald) looks to have the right stuff and seems adaptable enough to deal with his dud draw.

Also include Peniaphobia (Douglas Whyte) and Smart Volatility (Gerald Mosse) - the grey produced a tremendous effort to finish a close third in the Premier Bowl after racing off the track and this time gets a better gate.

In the middle leg, lean on Joao Moreira to come up with something special on Grand Harbour from gate 13, as the four-year-old steps up to 2,000m for the first time in a Class Four handicap.

Include the consistent Oxford Charley (Mosse) and consider him as a double banker along with last-start winner Rock The Tree (Andreas Suborics). Others place chances are Sempiternal (Prebble) and Giggles Forever (Whyte).