Oxford Charley on right path to break through 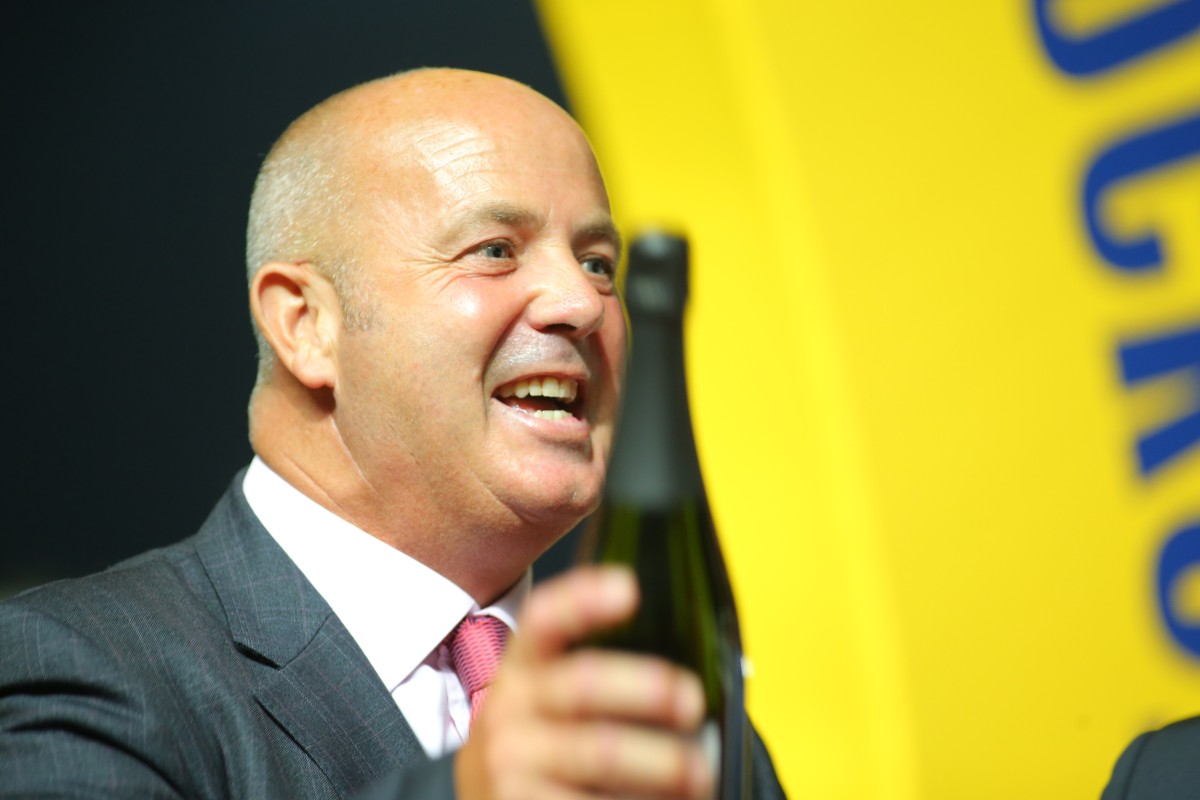 Sean Woods can add a fifth winner of the term with Oxford Charley. Photo: Kenneth Chan

All that Sean Woods-trained stayer Oxford Charley needs to do is maintain something like his consistent form this season and the five-year-old will win an open Class Four that represents the final leg of the Triple Trio at Happy Valley tomorrow night.

Oxford Charley gets a better draw, comes back to the track and distance that was the scene of his last and only local success and even gets a little help from the handicapper coming off a decent last-start outing, dropping two points to a rating of 52.

Two Sundays ago Gerald Mosse was trapped three-wide with no cover on Oxford Charley around the two-turn, 2,000m course at Sha Tin, and, all things considered, Woods' import got to the line nicely behind all-the-way leader Sempiternal.

He comes back to the Valley 1,800m, where he won earlier this year off a mark of 50 with another low draw. Oxford Charley gets gate two, and Woods has called on Douglas Whyte to replace the suspended Mosse.

After resuming unplaced over a too-short 1,600m first-up, Oxford Charley has not run a bad race since this season, finishing in the top four in five consecutive starts. The 1,800m Valley course seems to be his sweet spot and from the gate Whyte should be able to replicate the tactics that saw the horse prevail in February - sit just forward of midfield on a horse that can do a little too much if pushed from the start.

Many middle distance races at Happy Valley are decided by tempo, but from that type of position, and with the rail in the C+3 position, Oxford Charley should get every chance regardless of how the race pans out.

Behind him, Dragon Pins (Joao Moreira) is hovering around what appears to be his ratings ceiling, but is racing well enough, and he goes in ahead of an even group.

The opening leg sees Baltic Warrior (Callan) gunning for back-to-back 1,200m wins against a low quality Class Four field. Even though it took 10 starts for Baltic Warrior to break through - and there did not appear much left in the tank when he did finally win - there is not much for him to beat here.

Charity Kingdom (Rispoli) has to be included - he was backed into favoritism last start when dropping into Class Four and was a fair fourth with the help of a low draw.

Before that he was sound in Class Three, five of the six horses that beat him him first-up have since won, and the son of Charge Forward understandably knocked-up when put near the speed when stretched over 1,800m on the dirt second-up.

A key gear change this time is blinkers off and crossed noseband on as the horse drops back to 1,200m after he overraced a touch last time over 1,400m.

This time the challenge is barrier 10 at the Valley, but expect a forward showing.

Tomadachi (Dicky Lui Cheuk-yin) nearly pinched a race at big odds last season when allowed a sole lead, but for the most part he battled lameness and it was not until he dropped back into Class Four late in the term that he was able to be competitive again with two runner-up efforts. Here he is first-up from a long break with blinkers back on, Lui's five pound claim and a decent draw - it might pay to keep him safe.

Of the others, throw in All Times Lucky (Brett Prebble), Silver Dragon (Teetan) and Jolly Spring (Mirco Demuro), who has not been far away from the placings and will race better with the blinkers off.

In the middle leg, a 1,200m Class Four, the big question for TT players is whether to trust Stag Knight's breakthrough display last start.

John Moore's flashy looking son of Lonhro had sucked punters in on a number of occasions only to come up well short.

He pulled up with a heart irregularity first-up, then did what he had always promised to do when given an unimpeded run from Moreira, who rides again.

Include Stag Knight, but play Wild Boy (Rispoli) as banker. The Benno Yung Tin-pang-trained sprinter appears like he is looking for 1,200m again and even though he comes to the Valley for the first time, he trialled well at the circuit previously.

Hit The Bid (Demuro) is consistent, and goes in with Sea Warrior (Andrea Atzeni), who might be ready to show something after dropping down to a mark of 54.