Japanese is undoubtedly flavour of the moment in Hong Kong racing and five-year-old mare Straight Girl yesterday presented her claims for being her country's next big-ticket item. 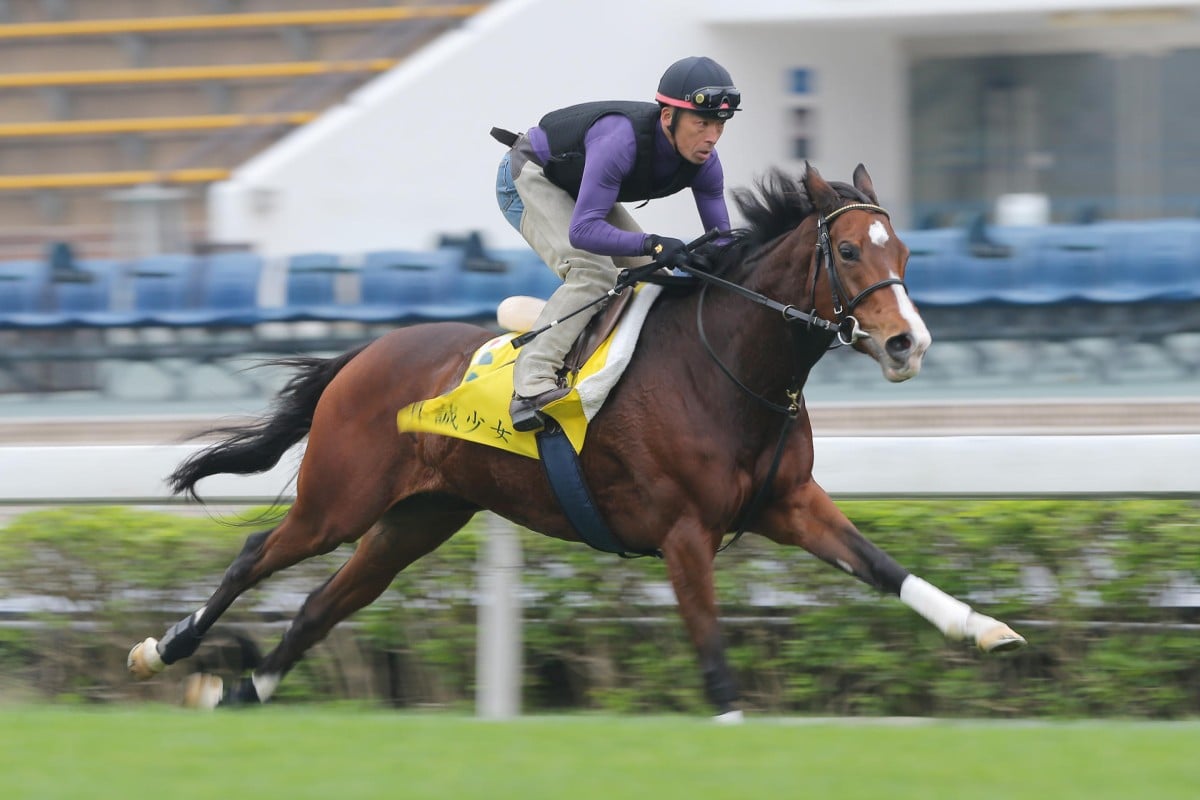 Japanese is undoubtedly flavour of the moment in Hong Kong racing and five-year-old mare Straight Girl yesterday presented her claims for being her country's next big-ticket item.

Less than 12 hours after Yuichi Fukunaga landed the Longines International Jockeys' Championship at Happy Valley, Straight Girl reeled off the gallop of the morning in preparation for Sunday's Hong Kong Sprint. 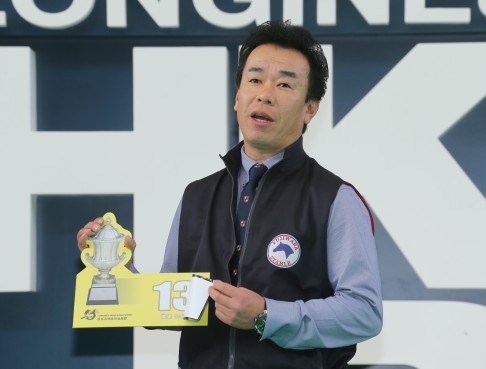 The bay mare worked over 1,200 metres on the Sha Tin course proper, running the full distance in one minute, 19.3 seconds. The first half of the journey was almost perfect "even time" (45 seconds) but she really turned it on the second half, in 34.2 seconds.

Her final two splits were equally slick, 21.6 for the last 400 metres and 11.04 for the ultimate 200 metres. Pleasingly for trainer Hideaki Fujiwara, she did the work willingly and was under almost no pressure at all.

Straight Girl arrives from Japan in the shadow of a sprinting legend, Lord Kanaloa, the two-time Sprint hero who fairly flogged the best Hong Kong and the rest of the world had to offer last year. But to be fair, over the past five years all sprinters bar Australia's Black Caviar are in that very same shadow. 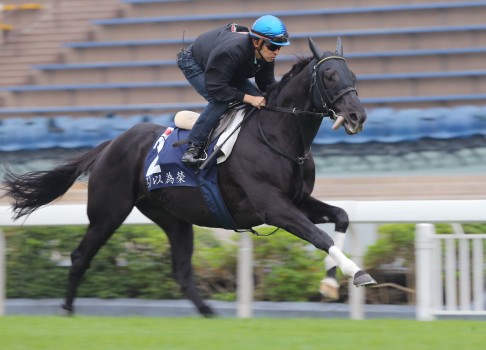 While Straight Girl may lack the early dash that usually defines a Group One sprinter, her long suit is a sustained finishing burst which has seen her placed on all three of her forays into Group One company. And although she's better known as a sprinter, she was a close and unlucky third in the Victoria Mile last May - Japan's annual Group One event for fillies and mares. Straight Girl's stablemate Fiero is in the Hong Kong Mile, and looked the part in a decent 1,200 metres in 1:22.8, the last 400m in 22.8 and the final 200m in 11.3. 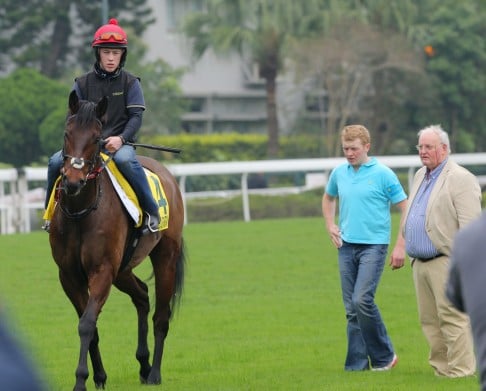 The mild surprise was the kid-glove workout given to short-priced Mile favourite Able Friend by his trainer John Moore. Able Friend won the Group Two Jockey Club Mile two weeks ago under a soft Joao Moreira ride but yesterday's ultra-steady 800m in 51.7 (last 400m in 26.1) was only his third piece of "fast" work since.

However, the all-time leading Hong Kong trainer, a veteran of 1,400 race wins, did hint at this very approach in the aftermath of the Jockey Club Mile, telling reporters that Able Friend "is now where I want him" and "I won't need to do much with him between now and international day". 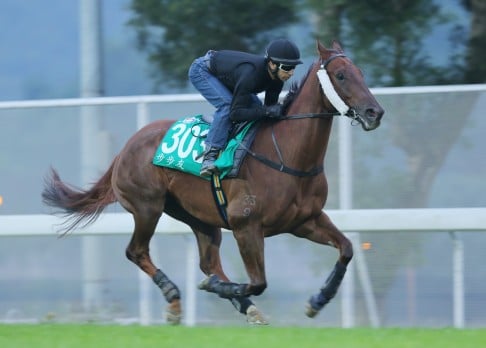 Caspar Fownes' big guns had similar quiet finales. Lucky Nine bowled down the back straight on turf, barely breaking even time and only clocking 26.5 for his closing split, but he did look in tremendous shape. 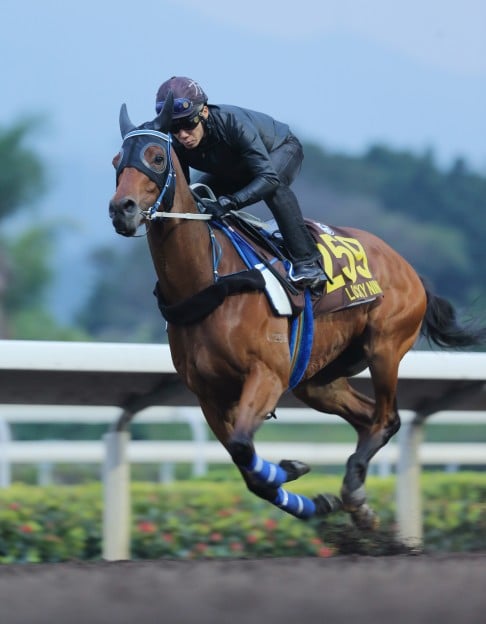 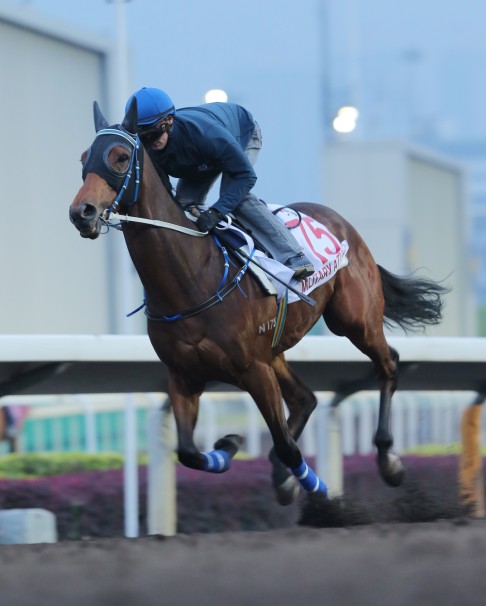 Time honours for the straight turf gallops went to Sprint contender Sterling City, who stopped the watch at 49.7, the final 400m in 24 with Moreira on board. 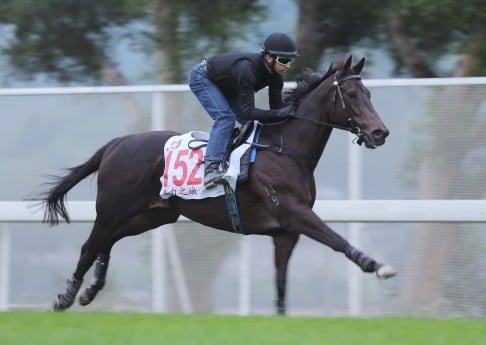