Drop in rating and dirt track good for Easy Success 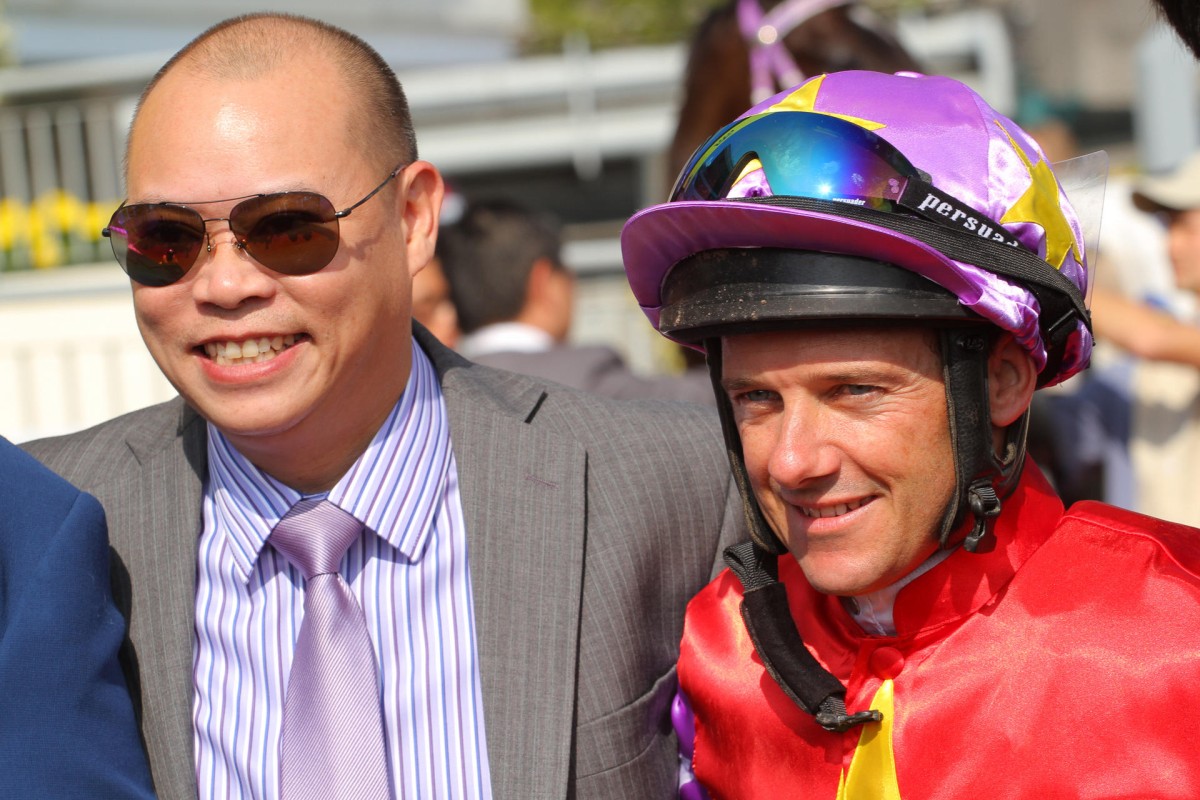 Trainer Chris So wai-yin and jockey Brett Prebble are all smiles after Easy Success scores a win at Sha Tin. Photos: Kenneth Chan

Easy Success scored for the first time in more than a year as the Chris So Wai-yin-trained six-year-old came from well back with a late surge under an inspired ride by Brett Prebble.

So and Prebble said the win was a simple case of the sprinter's rating dropping to a sufficiently low level and a return to a preferred circuit.

"He won off 55 last season, and he had dropped to five points less than that today," So said. "The main thing was a good draw."

Prebble said: "He felt the track at Happy Valley and he is much better on this surface." 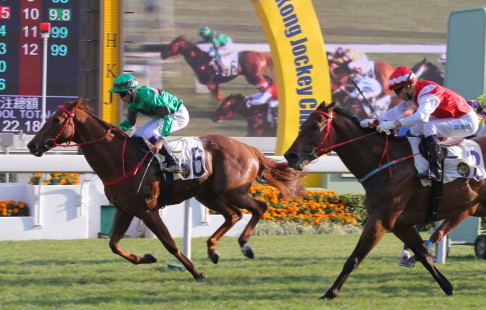 Trainer Gary Ng Ting-keung simply refuses to believe Longwah Amber has above average ability even after the high-priced purchase won for the third time in 10 starts with the upset of the day against odds-on favourite Eroico.

With the 1.5 chance Eroico trapped wide, Vincent Ho Chak-yiu controlled the race aboard the son of Exceed and Excel, which set owners back HK$7.5 million at the December 2013 Hong Kong International Sale.

"He is starting to earn some of that money back, but I think he had a lot of things go his way today," said Ng. Michael Cox

Spirited wagering in the final race pushed betting through the roof as turnover topped HK$1.5 billion for the first time this season.

On a day when late money provided a great guide for punters, a competitive Class Two handicap to close the card attracted keen interest as betting on that race reached HK$226 million, with a huge investment of HK$48 million in the win pool alone.

The single race turnover for the final race fell just short of the HK$226 million bet on a Class Three handicap, won by Principal, on November 3 last year. Michael Cox