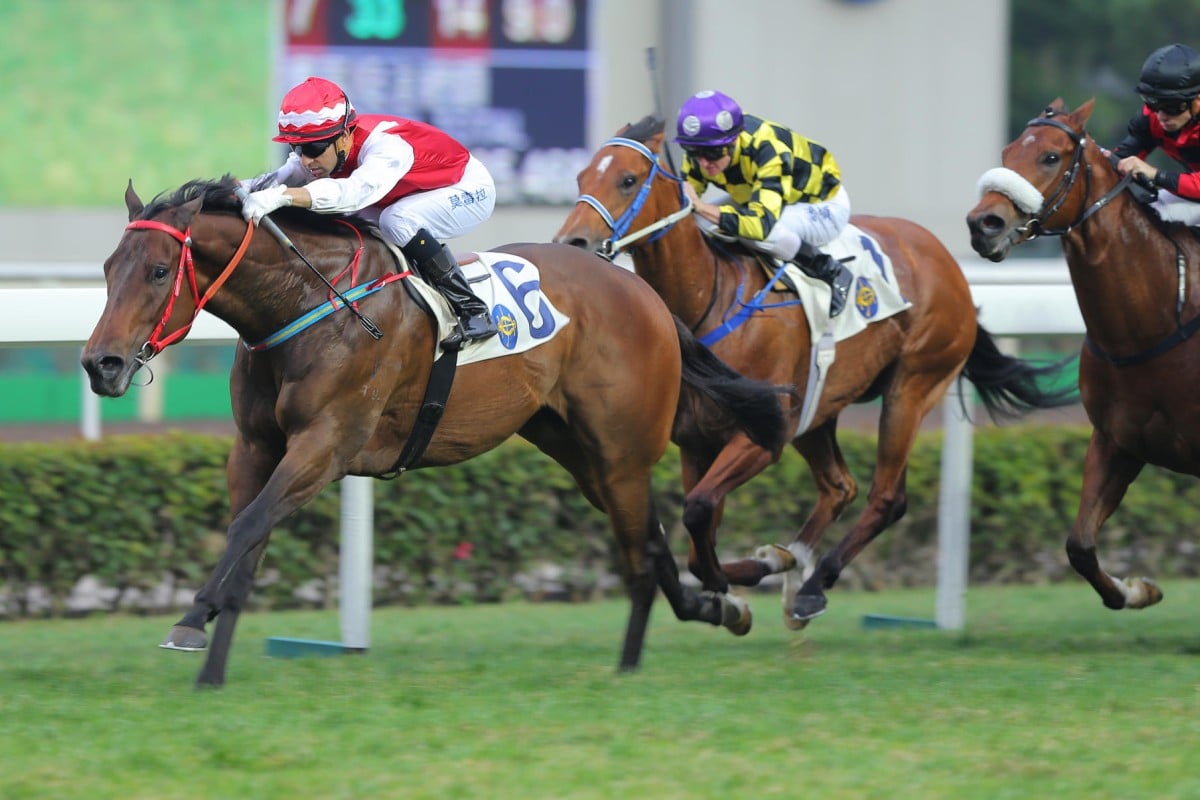 After partnering Able Friend in his awe-inspiring Stewards' Cup display, a Class Three handicap might have seemed like a comedown for Joao Moreira, but John Size-trained prospect Eroico ensured the rider stayed on a high when he brought up a treble for the Brazilian.

After being rolled last start at 1.5, punters backed up again to send Eroico out in the red at 1.8 and despite some nervous moments in the straight, with the John Size-trained four-year-old trapped on the fence, Moreira held his nerve and the smart son of Starcraft did the rest when shown clear running late.

There was no point worrying because there wasn't much I could do, just wait
Joao Moreira

"There was no point worrying because there wasn't much I could do, just wait," Moreira said of his precarious position, locked away on the rails until the final stages.

In the end, what looked like being another disaster for those taking the shorts turned into a soft one-and-a-half length kill, and, just as importantly, an educational experience for a horse "still learning what racing is all about", according to Moreira.

"The turn of foot he showed once he was able to get clear was pretty impressive. Once he saw daylight, he just went whoosh," Moreira said. "Last start he ran a little below my expectation to be honest, but he is a young horse and I think he improved off that, and after today he should improve a lot again. He blew up after the race like a very green horse."

"John Size doesn't push his horses and this is one of those types from the stable that has plenty of scope. I can guarantee he will continue to develop physically, but even more so mentally." 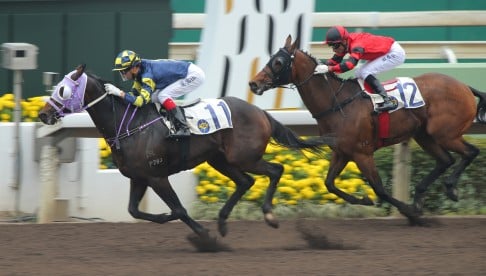 Moreira has now won the Jockey Challenge at each of the four fixtures at the bigger track since he returned from a suspension on January 4, and yesterday's three-timer was the fifth consecutive meeting that he has ridden at Sha Tin where he has bagged three winners.

The "Magic Man" now has 59 wins after 37 meetings this season and holds a 17-win lead over defending champion Zac Purton in the jockeys' championship.

He kicked off his big day with a win aboard a game Kingston Jumbo in a Class Four dirt sprint.

Kingston Jumbo has now won back-to-back races on the all-weather track and trainer Chris So Wai-yin said the four-year-old might not be done yet.

"When he first arrived at the stable he had some injuries," So said. "But they seem to have sorted themselves out and he is racing very consistently."

"He puts himself in the race - and if you look at the time he ran, he can probably win again," Moreira added.