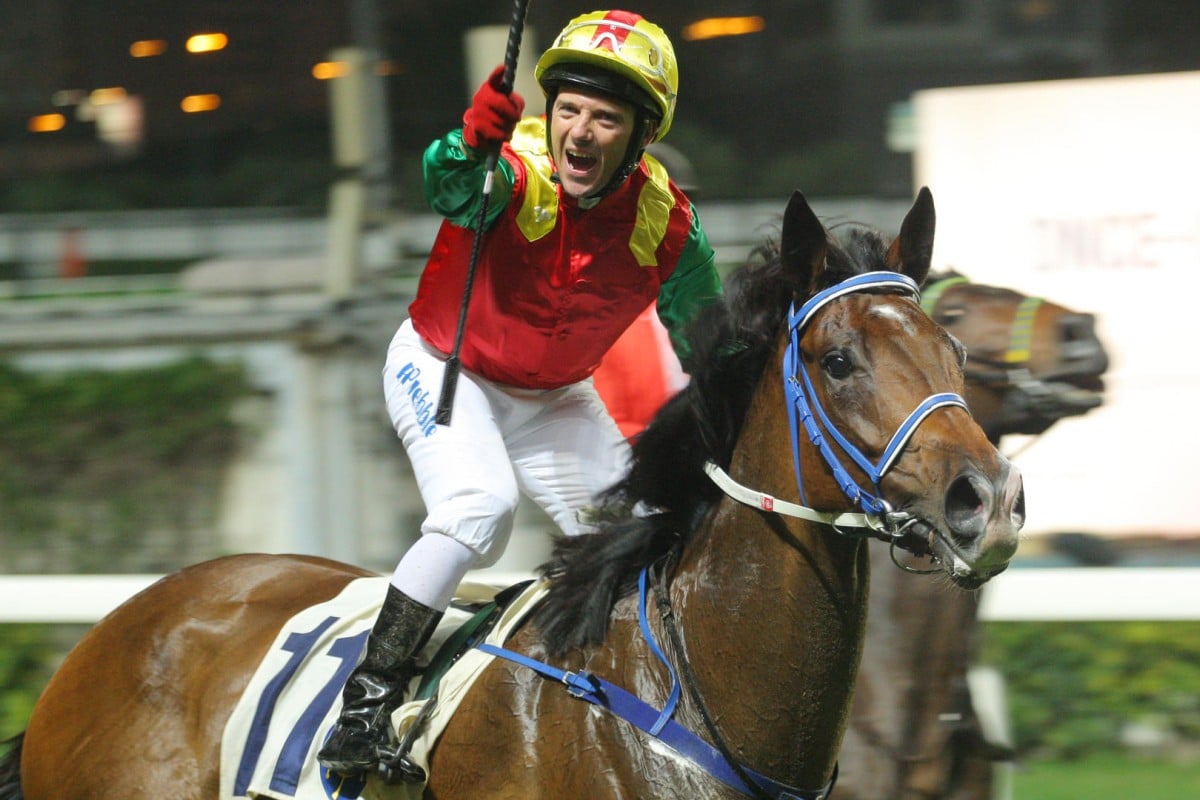 Brett Prebble and trainer Caspar Fownes renewed an old acquaintance and unearthed a handy horse in the making as Jumbo Spirit crowned a double for the jockey at Happy Valley on a night when most of the usual suspects failed to turn up.

There was no Joao Moreira, no Zac Purton and no Douglas Whyte, so it was left to Prebble to be the star of the show, collecting the Jockey Challenge and double on Chris So Wai-yin's Sing Sing Sing and Fownes-trained Jumbo Spirit.

Jumbo Spirit is owned by Billy Chan Wing-kwong, who owned Jumbo Gold, one of six winners for Prebble on a Happy Valley card in June 2010.

We thought tonight he would be ready and he got the result, but he'll keep improving with racing
Brett Prebble

This son of O'Reilly had shown little at four starts over sprint distances, but both Prebble and Fownes expected natural improvement at last night's longer trip.

"He's six months away, but I think he's quite a nice horse," Prebble said. "He was a bit outpaced in the sprint races, but he wasn't ready for the mile.

"We thought tonight he would be ready and he got the result, but he'll keep improving with racing. They've been great owners, we've had a lot of success together and I think this horse is going to pay his way."

Fownes said acclimatisation had played a part as much as immaturity. 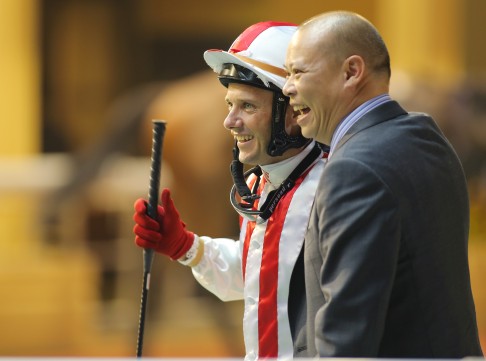 "Like all horses here, he just needed a bit of time to acclimatise and it doesn't happen overnight," Fownes said.

"But he's also bred to get over ground and the step up to the 1,650m was just what he needed. Obviously, though, it was a masterful ride from Brett - he switched back to the inside at the right time and the horse seemed to lift under him."

Sing Sing Sing had disappointed on debut in mid-January, but showed improvement to prevail in a deceptive photo finish, prompting wild celebrations from Prebble and So.

"That's what I thought he would do at his first start," Prebble said. "He was very well prepared for it, very well educated and he was disappointing.

"We had to give him another chance from gate one and got the result. There isn't much of him though, so he's probably going to be quite limited."

The Australian flavour continued when Nash Rawiller and David Hall teamed up with four-year-old Mr Genuine, a Group Three-winning juvenile in Ireland who had taken time to find his feet in Hong Kong with seven unplaced runs. 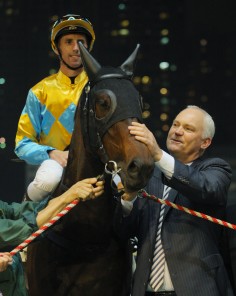 "He was missing for three months with a cracked splint bone," Hall said. "But he's a typical story with Irish two-year-olds coming in, they take time to settle in and the splint issue was telling me that he wasn't adapting, so he needed a break. He's always gone well and trialled well at Happy Valley and he trialled well again here the other day.

"Probably from a draw, I would have come here thinking he was a chance, but the draw made it hard to have any confidence at all."

Long shots were the flavour of the night, but apprentice Dicky Lui Cheuk-yin held the fort for the fancied runners, leading all the way on Derek Cruz-trained HK$24 shot Lyric Ace in the Class Five opener.

Cruz said: "He's only a small horse, so it was important for us to use Dicky's seven pound claim. He has plenty of speed and was able to burn them off early and outrun them. He'll move into Class Four now, but with the light weight there's no reason why he can't outrun them again."

Andreas Suborics was hit with a three-day careless riding suspension and was also fined HK$10,000 as it was his fourth ban of the season, while Ben So Tik-hung was outed for three meetings for careless riding.

It only got worse for So, who was stood down from his final two rides and missed out on partnering Dennis Yip Chor-hong's Fat Choy Hong Kong in the last - a 50-1 winner for Alvin Ng Ka-chun.