Reunification day is out for Karis Teetan, but injured Mauritian hoping to ride at final meetings

“Mauritian Magician” Karis Teetan is hopeful of a return to riding before the end of the season, but French jockey Olivier Doleuze has finished up after scans of his painful right shoulder revealed new damage. 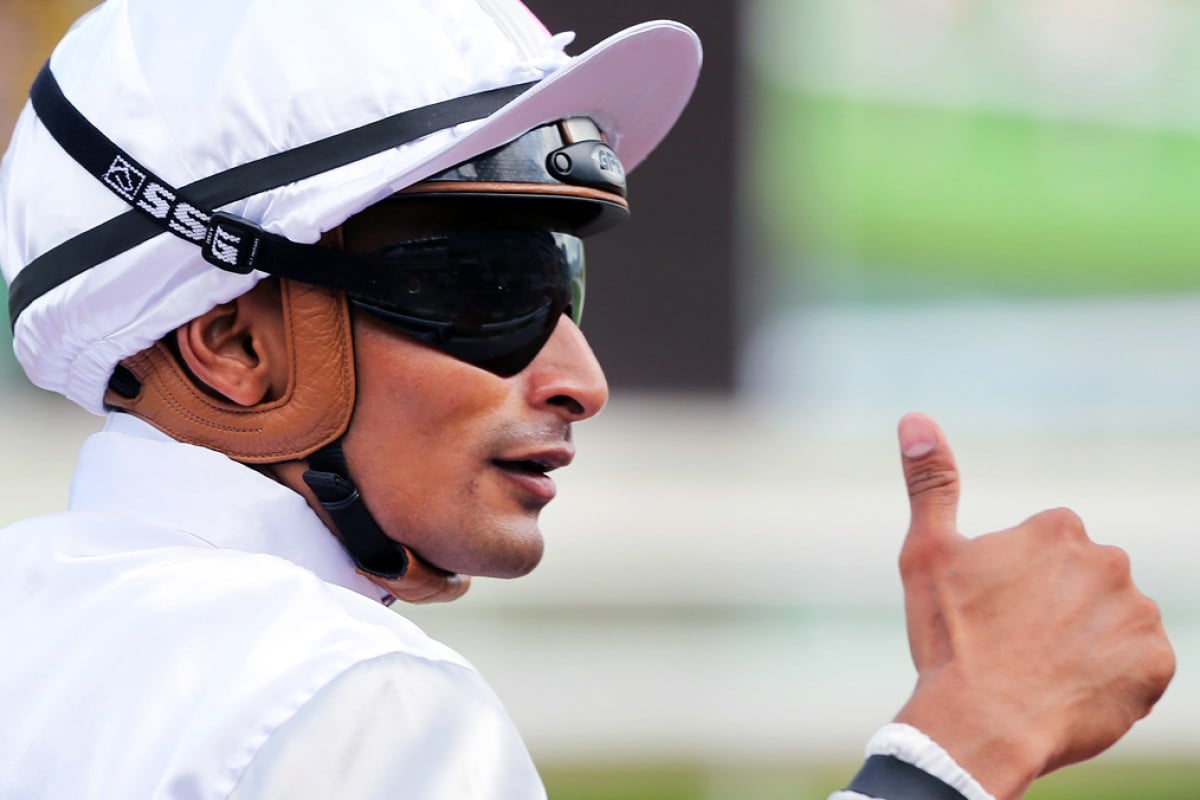 Karis Teetan is hoping for the thumbs up to ride at the final meetings. Photos: Kenneth Chan

“Mauritian Magician” Karis Teetan is hopeful of a return to riding before the end of the season, but French jockey Olivier Doleuze has finished up after scans of his painful right shoulder revealed new damage.

Teetan hurt his right shoulder too in a fall at Happy Valley last week and missed racing on Saturday and now the reunification meeting on Wednesday, but said he was improving rapidly and hoping for positive news after two more scans on Tuesday.

“I’m having another scan on my brain and my shoulder and I should know more about when I can start riding again,” Teetan said.

“But I feel like I’m going the right way. I’ve been icing the area, with some physio, and the swelling is coming down. It isn’t tight like before.

“This has really happened at a bad time because I have a contract to ride in Japan immediately after the end of the season as well, but hopefully I’ll be able to ride at the last couple of meetings here.” 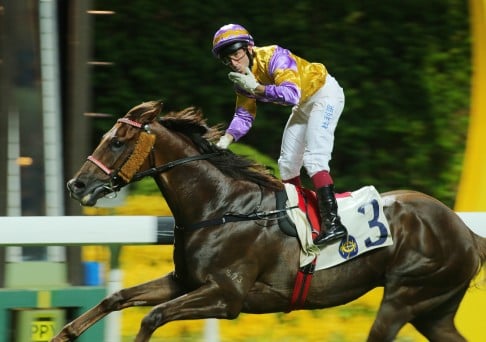 Doleuze announced earlier this month that he had withdrawn his application for a licence for next season, with the intention of repairing the shoulder he injured in a fall last year, but had planned to continue through the few remaining meetings of this term.

However, Doleuze will now be on a flight back to Europe on Saturday after his specialist in Switzerland examined fresh scans.

“I’m not surprised really, as the pain had increased again. He said there were some areas that looked better, but also some new damage to the back of the shoulder that was not there before, and the doctor said I should stop riding and start treatment,” Doleuze said.

“He said the longer I wait to start, the longer it would be to recover. He has only seen one or two of the scan pictures but I will now send him the whole DVD and then he will tell me whether I need arthroscopic surgery or just rest and some simple treatment.”

Doleuze said an arthroscopy would mean “four to six months out of riding”, but even the best news would mean months on the sidelines.

“I have to put racing on standby if I want to continue,” Doleuze said. “I still think I have some more good years ahead of me but only if I do this now and let the shoulder heal completely.”