Day of drama at Sha Tin, between dead heats and dead air

The Jockey Club posted only the second triple dead heat in its history at Sha Tin after the sixth race but no one will ever know if it actually was a shared result. 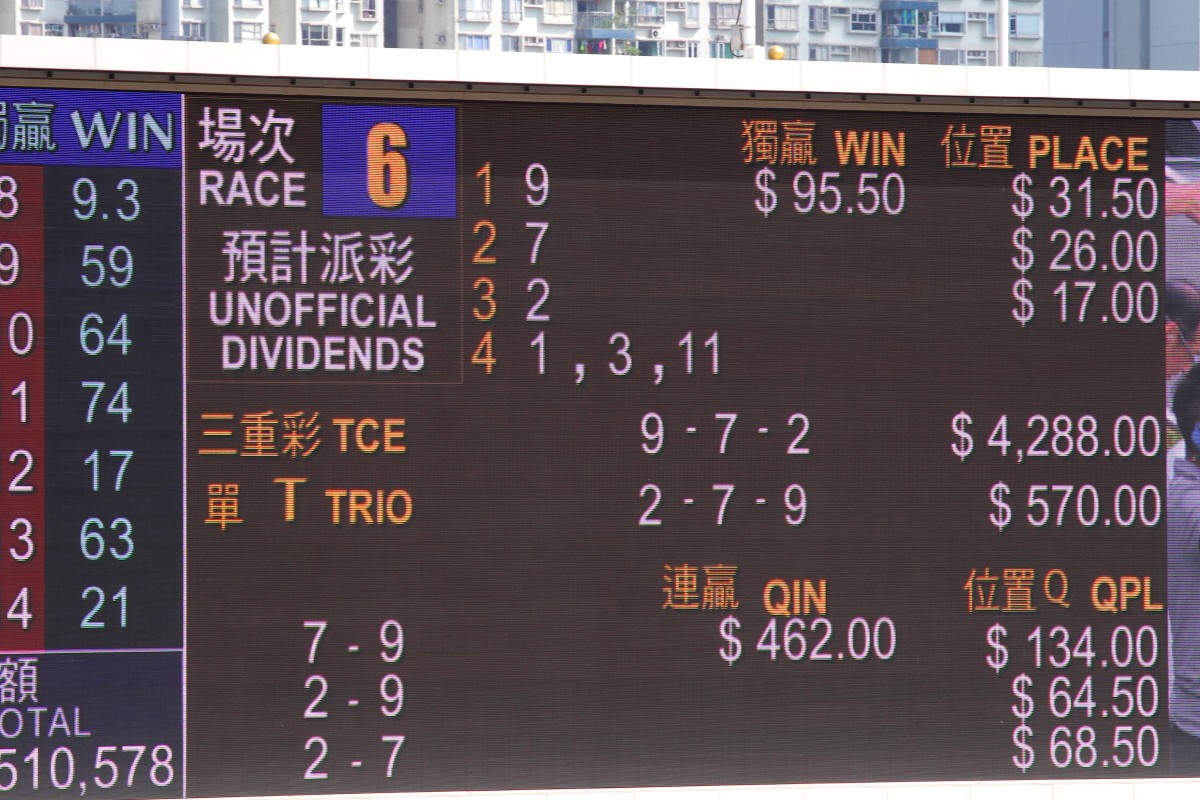 The Jockey Club posted only the second triple dead heat in its history at Sha Tin after the sixth race but no one will ever know if it actually was a shared result. A blanket finish to the Wong Chuk Wan Handicap saw a nose and short head separating first, second and third and only half a length from first to seventh. And it was all those bodies in the way of the photo finish camera that led to a dead heat being declared for fourth between Circuit Fortune, Bear-Pop and Coup D'Etat. The judge could not be sure that the three horses finished exactly level, because two of the noses were totally obscured from view, but the rules demand that a dead heat be declared in such an event. The only previous triple dead heat was also for fourth, on March 26, 2000, when Sun Dancer, Chutzpah and Seven Glory shared it in the Class Two. Alan Aitken 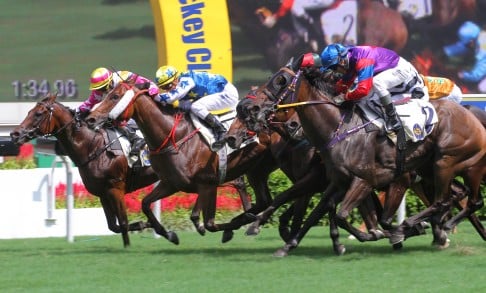 Did the Jockey Club unexpectedly unearth an answer to the question of a new English language race caller when former jumps jockey, on-air commentator and now International Sale manager Mark Richards (pictured) stepped into the breach in incredible circumstances yesterday? Well, stepped may not the be the right verb. Lead commentator Brett Davis was in a lift, along with steward Margaret Leung, when a power dip struck the electrical circuits at Sha Tin racecourse at almost 3.28pm. Safety measures meant power was stopped and the pair were in the lift for eight minutes and 50 seconds until freed but the seventh race was scheduled for 3.35pm. In the meantime, Richards drew the short straw and had to take over the microphone, calling a race for the first time in his life as Righteous won the Pak Sha O Handicap in a tight finish. That's a heck of a job interview process. Alan Aitken 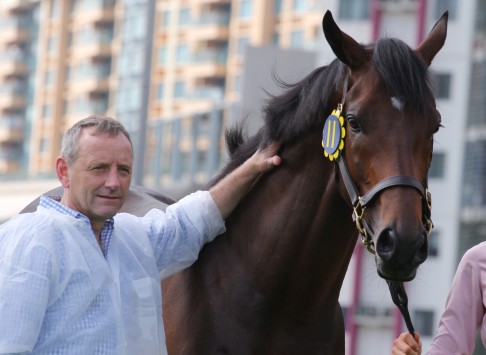 Sean Woods is running out of races to get himself to the Jockey Club's performance benchmark for the season but he isn't lying down and the appropriately named Fighting Boy added one more as he scraped in yesterday. The six-year-old didn't even look to be part of the blanket finish that was going on at the 100m mark but Andreas Suborics didn't give up and kept at Fighting Boy right to the line to win by a nose. "They went a good pace so I knew the leaders had to come back to me a little bit and Fighting Boy's best part is always the final 150m, so I didn't give up," the jockey said. The win took Woods to 12 wins and still needing three to meet the 15-win requirement and continued a solid end of season run for Suborics too. Alan Aitken 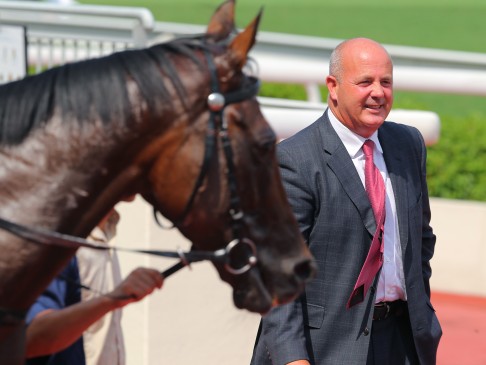