Ricky Yiu Poon-fai-trained Blizzard returned bigger, better and more settled than ever and may have set himself on a path towards the Classic Mile with a comprehensive victory in the Chinese Recreation Club Challenge Cup at Sha Tin. Blizzard continued his march up the ratings with a dominant win at the top of the Class Three. He now has the Classic Mile in his sights. Photo: Kenneth Chan

Ricky Yiu Poon-fai-trained Blizzard returned bigger, better and more settled than ever and may have set himself on a path towards the Classic Mile with a comprehensive victory in the Chinese Recreation Club Challenge Cup at Sha Tin.

Actually, we always thought he would be a better horse as a four-year-old ... what did surprise me was that he was an early performer
Ricky Yiu

On a day when beaten hot favourites littered the card at Sha Tin, there were a few tense moments in the straight for those who had laid odds-on the Starcraft four-year-old, but jockey Karis Teetan said he wasn't having the same experience on the horse's back.

Three back along the inside rail, Blizzard had to take a narrow gap in the final 200m to make his way through the leading horses, but once he did get clear, he put them away comfortably and gave Teetan time to get himself ready for the photo in the final stages.

"I had plenty of horse and was never really that concerned about getting through them," said Teetan after his first win of the new season. "With the big weight, he maybe didn't accelerate that quickly but I put him into the gap and I know he's brave and he's a big, strong horse, so he was going to find his way through. I have a lot of confidence in him." 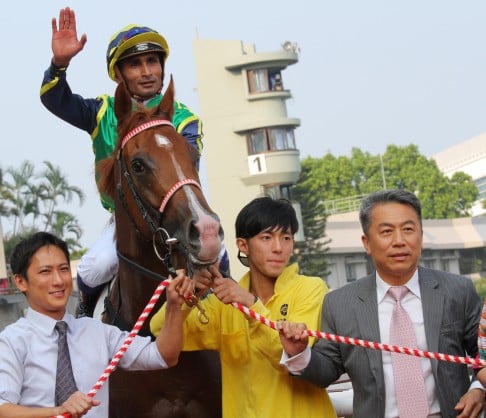 A "big heart" was Yiu's call on the gelding, who took his record to four wins from eight starts with the victory, and his rise up the ladder is surely going to see the chestnut stretch out now to something beyond the pure sprinting distances he has seen to date.

"He's much more relaxed this season now he's maturing," said Yiu. "I think 1,400m should be no problem now. Actually, we always thought he would be a better horse as a four-year-old, so to see him improving now is no surprise. What did surprise me was that he was an early performer. To me, last season, he looked the kind of horse who would only start to find his feet as a very late three-year-old and after that."

Yiu wasn't committing to a mile later on for the gelding but Teetan feels Blizzard will be ready for that at about the time he's likely to be tried at it, if he progresses as expected and finds his way into the four-year-old series.

"He had the gate in his favour of course today but he was strong on the line and he will improve with that," Teetan said. "He'll definitely run 1,400m now but I think in six months' time, a mile should be OK for him too." 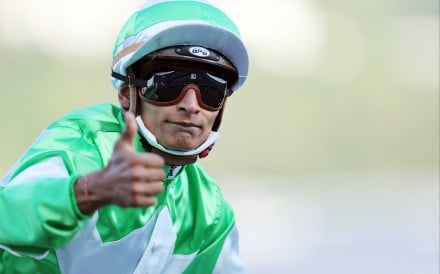