Callan finds some Joy despite withdrawal of Hard Ball Get

Top jockey picks up pieces after his best ride was withdrawn 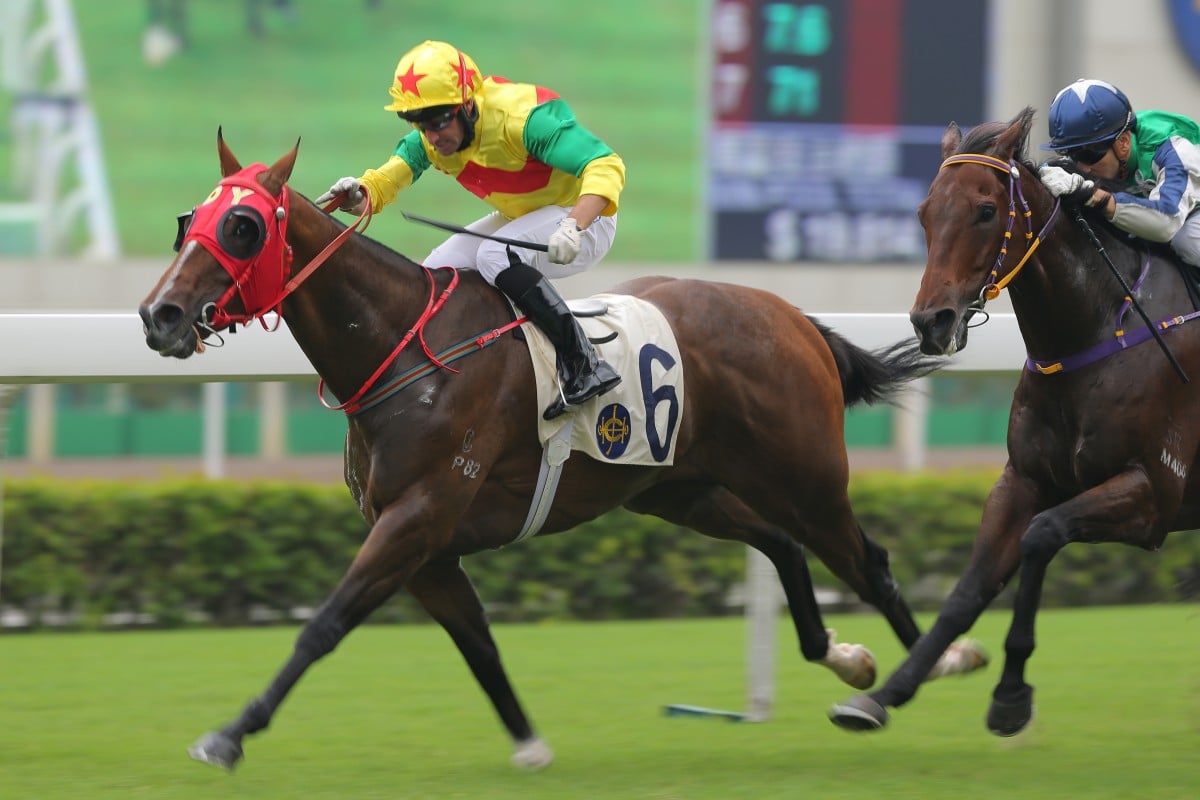 Joy Together races away with blinkers on to score for Neil Callan and Dennis Yip. Photo: Kenneth Chan

Top jockey picks up pieces after his best ride was withdrawn

Neil Callan's day took a dive before the opening race when his best mount for the day was a late withdrawal but the first leg of a Dennis Yip Chor-hong double was just the pick up he needed. "I came here thinking my best chance of a win was Hard Ball Get and when he came out, I didn't think I had much," said Callan, who led throughout on Joy Together in the opening Class Five after getting a flyer from the outside gate. "There were only the two leaders, me and the 10-pound claiming lad in gate one so when my horse began so well I made a point of getting across to lead then stacking them up. Joy Together gave me a good kick." Yip followed in the second with Cheerful Frame (Ben So Tik-hung). Alan Aitken Chris So Wai-yin reckons Sea Warrior "needs all the help he can get" to win and the sprinter certainly had things fall his way when he found himself in a Class Four handicap containing little in the way of quality. "That's one of the weakest Class Fours I've seen, and he is a horse that needs some favours," So said of the six-year-old, who had finished unplaced at Happy Valley during the week. "I thought he was a better horse at Happy Valley, so it was a surprise for the horse to break through here at Sha Tin. Maybe that run gave him some extra fitness, and it was a great ride from Nash Rawiller as well. He did a great job to get to the fence, let them come around and relax the horse, and make his run at the right time." Michael Cox 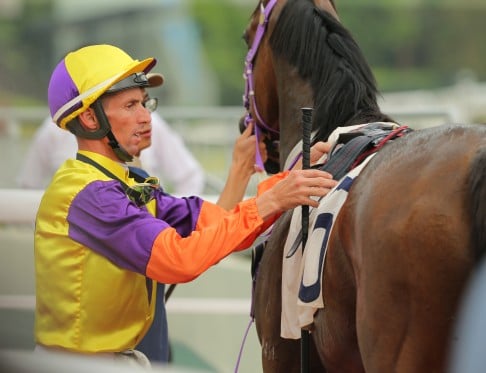 Trainer Caspar Fownes shocked his seven-year-old was so short

Caspar Fownes wasn't so much surprised at the performance of Born To Win as his price, as the seven-year-old held on for an all-the-way victory as the shortest-priced favourite of the day. "I never thought I would see the day where this horse would be running around at 1.6 in any race," Fownes said after Joao Moreira kicked his big day off with a front-running display. "I told Joao the horse had been running along in front, and he gave a good show, so I said to lead with confidence and not worry if anything takes you on." Fownes said he may now go back to 10-pound claimer Kei Chiong Ka-kei, who rode the horse first-up: "He is an easy enough ride and she got him to jump last start." Michael Cox 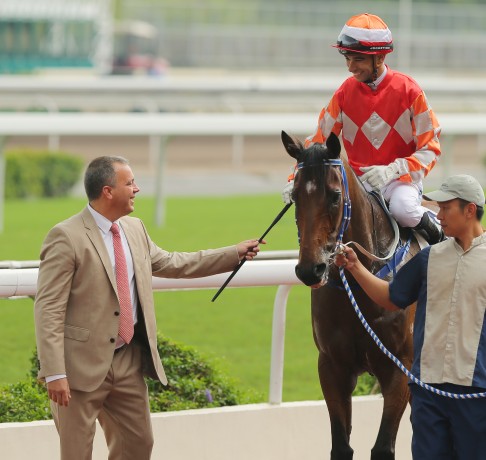