Renowned South African, who was a household name as a rider, is now a mentor to the young riding talent in Hong Kong 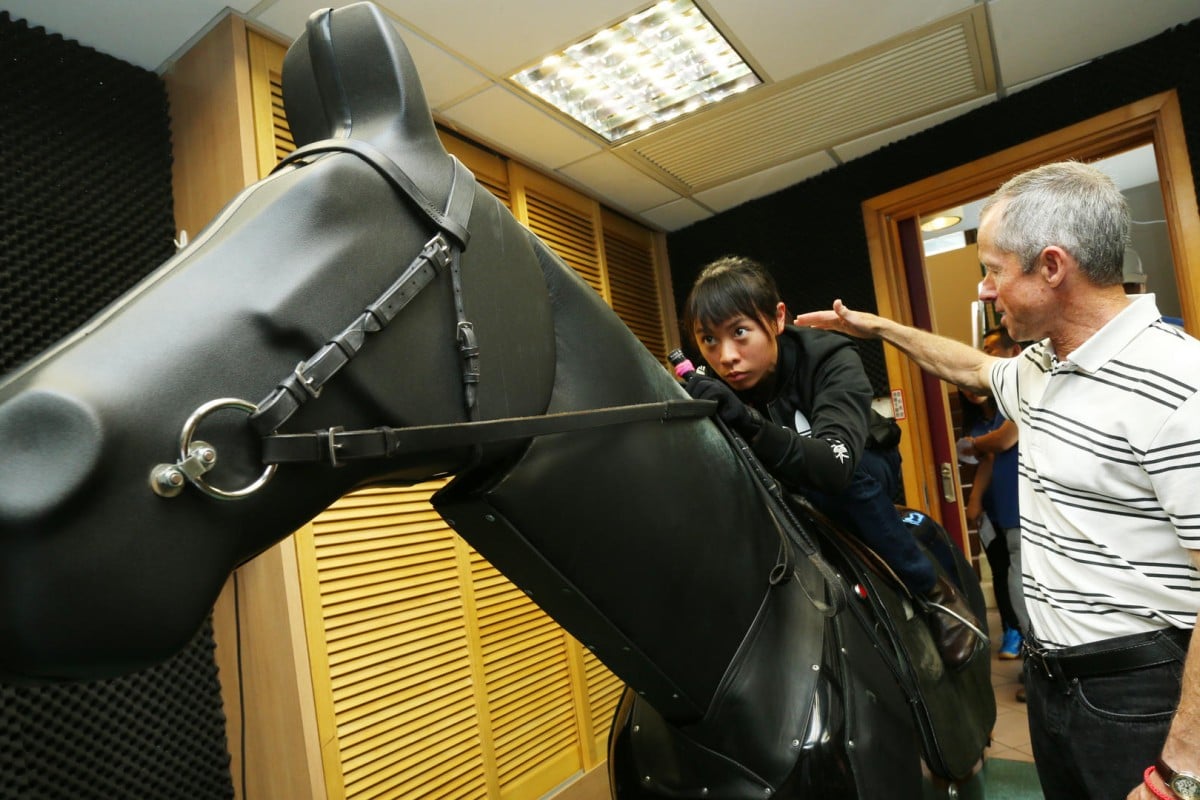 Take a quick glance at the career achievements of racing legend Felix Coetzee - 3,500-plus wins, 75 at the highest level, an association with one of the world's greatest sprinters - and it reads like a storybook.

On paper it all looks too easy but what raw numbers and records never reveal is adversity - the painful defeats, injuries and rejection.

Yes, there were some great memories, but I've had some real low points, too. In life, if you keep on doing your best, it will come around for you
Felix Coetzee

Coetzee's name is forever linked with some of the greatest moments of the sport's long history in Hong Kong, and his image - arms aloft in jubilation, wearing black and green silks after another dominant win on Silent Witness - is synonymous with racing here. Now, 18 months into retirement, the 56-year-old Coetzee is back at the scene of his greatest triumphs: visiting Sha Tin as mentor to the Jockey Club's newest generation of apprentice riders.

The South African will still live in his homeland and continue to work with young horses, preparing what he hopes will be stars of the future. In his consultancy role for the Jockey Club's Racing Development Board, which will see him visit his former base several times each season - he will be doing much the same with the club's young riders. He says what he most wants to teach the youngsters isn't just technical skills, or regaling them with tales of his past glories as means of motivation - but to instil in them the importance of one key quality: persistence.

For, despite all of the accolades, Coetzee knows what it is like to be an outsider in the results-driven, high-pressure world of Hong Kong racing. 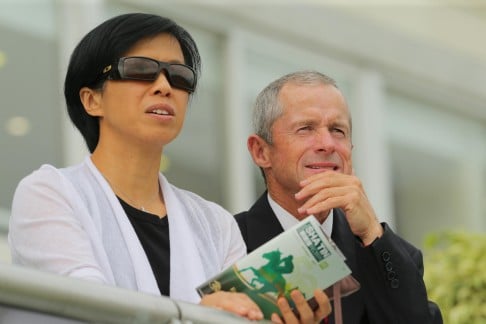 "Yes, there were some great memories, but I've had some real low points, too. In life, if you keep on doing your best, it will come around for you," Coetzee says in a practice room at the Apprentice Jockeys' School at Sha Tin racecourse, having just overseen a skills session with the latest apprentice riders, Jack Wong Ho-nam and Kei Chiong Ka-kei.

"I've been in that place in Hong Kong, where everything seems difficult. I've had those runs of outs, being the last jockey to get a win on the board at the start of the season, and felt all of that pressure.

You talk about character building, well, gee, it can be tough. But in the long run I don't think I would change too much
Felix Coetzee

"You talk about character building, well, gee, it can be tough. But in the long run I don't think I would change too much because it all turned around, and it's nice to feel that perseverance did it for me."

Teaching the finer points of whip technique and saddle positioning on the mechanical horse and seeing 22-year-old Chiong - Hong Kong's first female apprentice in more than 15 years - smile in recognition at another insight from a legend, it is clear that Coetzee's calm demeanour and softly spoken nature make him a natural teacher.

Riding school headmistress Amy Chan Lim-chee said it was not only Coetzee's achievements, but his natural compassion that made him a good match for young riders under immense pressure to make their mark. 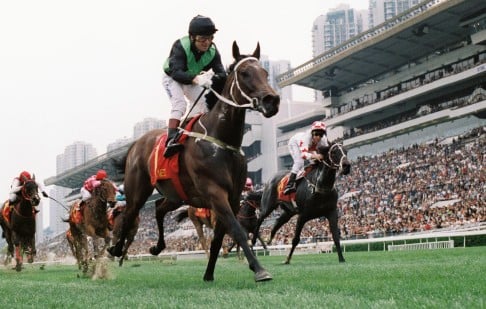 "He has a genuine passion for mentoring young riders and when you combine that with his international experience and his knowledge of Hong Kong race-riding, I have every confidence that he will be an excellent asset to the school," she added.

After returning midway through last term, Wong has made a whirlwind start to his first full season with six winners from as many meetings and is clearly benefiting from his one-on-one tutorials with Coetzee.

"I feel I have improved a lot from working with him," Wong said. "After every race meeting he watches and comes back and gives us feedback, tells us what we can do better and what we did well, so we can remember and use it next time." 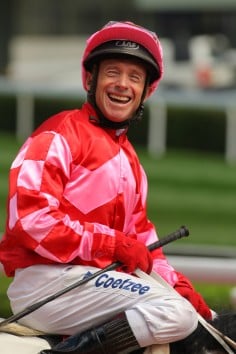 Coetzee might be more fascinated by the art of sports psychology and motivational techniques than the physical aspects of the sport these days, but he is no less qualified to teach the nuanced skills of race riding.

The man known as "Felix The Cat" in South Africa during his riding career was also known as a master of judging the pace on a leader, famously stealing staying races with wonderfully timed and daring front-running tactics.

Trainer Tony Cruz who Coetzee credits with salvaging his career, calls him one of the toughest riders he has ever seen during the frantic final stages of a close race (or as Cruz himself, perhaps more succinctly, put it: "Man, he was bloody hard to get past in a finish.")

Coetzee's grandfather was an owner-trainer and his father Hennie a hard-nosed trainer operating out of Summerveld, in the outer-west reaches of Durban - and there was nothing else the diminutive kid wanted to be other than a jockey.

When it comes to horses, and life, Coetzee's upbringing couldn't be more different than those of the young hopefuls he works with. Wong and Chiong had sat on a horse just a handful of times by the time they entered apprentice school in their late teens - Coetzee was riding trackwork on weekends at seven and he rode his first feature winner at the age of 16.

It is often cited as the biggest challenge for a Hong Kong apprentice - how to convey the seemingly innate skill of handling a 1,000-plus pound thoroughbred racehorse to a kid more familiar with riding on the MTR. These are skills often absorbed over the course of a lifetime.

The programme the Racing Development Board is running is absolutely amazing, and I don't think there could be a better preparation for being a jockey than the system these kids go through
Felix Coetzee

"They are holding their own," he said. "The programme the Racing Development Board is running is absolutely amazing, and I don't think there could be a better preparation for being a jockey than the system these kids go through."

That is high praise given Coetzee entered the renowned South African Jockey Academy at 15 - but even then he didn't meet with immediate success.

Indentured to his father, riding for family brought with it its own unique pressures and it wasn't until a switch to the stable of legendary handler Terrance Millard - father of current Hong Kong trainer Tony - that Coetzee's career began to truly gain traction in his homeland. 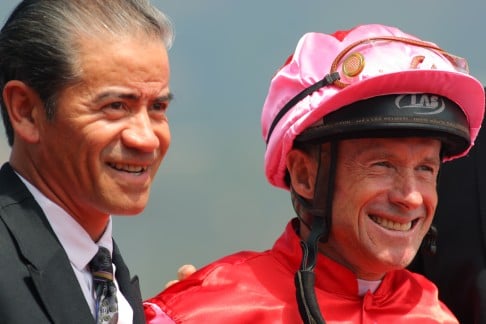 It was Brian Kan Ping-chee who brought Coetzee to Sha Tin as his stable jockey for the 1992-93 season, but the rider's paltry win totals for those first two seasons - 20 and 24 - tell only part of a sorry tale, attached to a once-powerful stable in decline.

"It didn't work out for me in the beginning, I really battled," Coetzee said. "I wasn't getting results and I couldn't get support from any outside stables, so I just stuck it out on a retainer for Brian Kan because that was my only lifeline to stay here. That was the reality of it."

It didn't work out for me in the beginning, I really battled
Felix Coetzee

A two-season stint with David Hill brought about incremental improvement, but it was just as Coetzee hit his lowest ebb that opportunity came knocking - literally - when trainer Tony Cruz visited the jockey in hospital after a nasty fall towards the end of the 1998-99 season.

"I hurt my shoulder pretty bad and David Hill didn't have the numbers to keep me on as retained rider for the following season. It looked like it was all over for me here," he said. "I was grateful he had just come, but he asked if I had a job for next season and when I said no he quickly replied, 'I think you better come and ride for me then.' It was the craziest thing to happen and look how it all turned out."

How it turned out was an average of 57 winners a season for the next nine years, two trainers' championships for Cruz and the aforementioned glory years with Silent Witness. 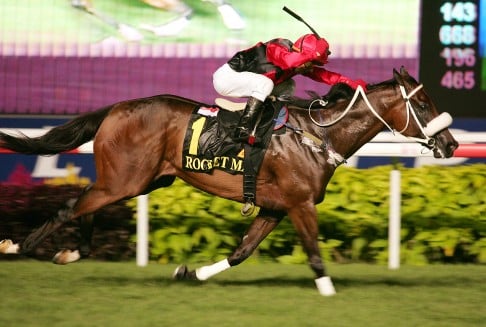 Coetzee recalls a side of Cruz rarely seen, calling him the greatest teacher he has known and crediting him with not only picking him up off the floor, but also transforming his style.

"Tony would go through the race replays with me after every single meeting, but the first thing he did was give me the videos of him riding, and said, 'Everything I had, I want to put on to you.' We went through replays and he would tell me, 'You should have been here, you should have been there, next time do this, try this, try that.'

"We did it religiously. He had a wooden horse at the stable, and he would jump on and show me different styles, then put me on and give me pointers. If you see him at the track you'll know, he has his eyes on his horses the whole time and he doesn't miss a thing. He gets you to take yourself to another level.

"He is very particular and definite about what he wants and it's great to deal with him - tactics, positioning in a race and the little things, the details, like your hands on the reins. I'm hoping I can pass it on to these kids, because there are few better than he was as a rider, but also as a teacher and passing on information."

Of course, what Coetzee wants to pass on to the Jockey Club's next generation is that more intangible quality - the one they will need most when the chips are down.

"A long time ago an owner back in Durban passed on some wisdom that has always stuck with me. He told me, 'Bouncing back is the business of living.' It's one of the strongest phrases I've heard - if you just keep persisting you can come back from anything and that's what life is about. It's worked for me."