Versatile was the word of the night at Happy Valley and underpinned the Hong Kong Country Club Challenge Cup win by Danny Shum Chap-shing-trained Speedy Longwah.

"Last season, he was always leading his races, but now he is much more versatile - you can put him wherever the jockey wants in a race and he will race well," said Shum after Neil Callan brought up a winning double, planting Speedy Longwah in midfield behind a solid tempo then bringing him home for a convincing victory.

"He's a five-year-old, but he hasn't had much racing. He liked the fast pace." 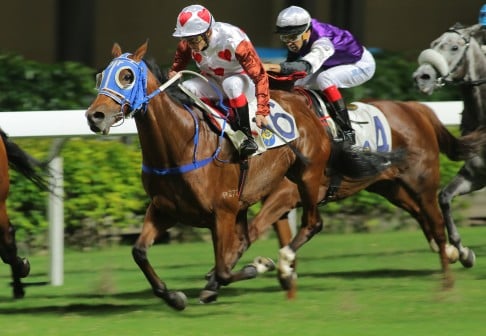 Trainer David Ferraris was also talking versatility with Rock The Tree, who gave Richard Fourie a much-needed win after 63 losing rides, fighting out a tooth and nail finish before holding a narrow margin over Towering Storm.

"He's really honest this horse, he's very sound and a lovely horse to train and to ride. He's the kind of horse every owner likes because he pays his bills," said Ferraris.

He was always leading his races, but now he is much more versatile - you can put him wherever the jockey wants
Danny Shum on Speedy Longwah

"This horse can go at Sha Tin, he goes well on the dirt and now he has won here so you have a lot of options with him and he always gives you his best. He isn't very big and if you look at him in the parade ring he always looks like he has a bit of a tummy on him but that's just him."

Fourie will have been relieved to get into the winner's stall again as his only previous success of the season was on September 9 with Excel Oneself, but the South African will have been less pleased with results in the stewards' room later.

Rock The Tree cleaned up two or three rivals on his inside as he swept into the fray soon after straightening and the stipes handed him a two-day careless riding ban for his trouble. 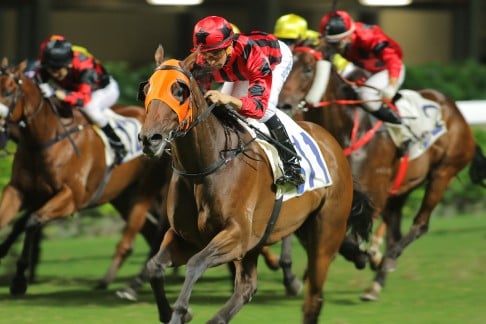 Manfred Man Ka-leung is yet another of the local Chinese trainers to have kicked the season off well - they dominate the trainers' ladder - and stable rider Gerald Mosse was aboard as Joyful The Great led all the way at his first appearance for the yard.

"I don't think that was anything unexpected, more like normal for this horse," Man said.

"He was a bit keen in the headgear he was wearing so I took them off and he raced more relaxed. I think the key to his win was that he just really likes Happy Valley."

Champion Brazilian jockey Joao Moreira was in the ascendancy again at the Valley, claiming the Jockey Challenge after opening up with Chans Delight for Derek Cruz and later adding Divine Boy for Me Tsui Yu-sak to give him a winning double, along with a swag of placings.

"Chans Delight hasn't been with me for many runs, but he has been knocking on the door with some decent runs and it's no surprise he won tonight," said Cruz, who landed the quinella with another fairly recent acquisition in King Of Smarts, and the trainer was highlighting his prospects.

"King Of Smarts ran well at Sha Tin last time when he was wide and he's run close tonight. I think his turn is coming soon." 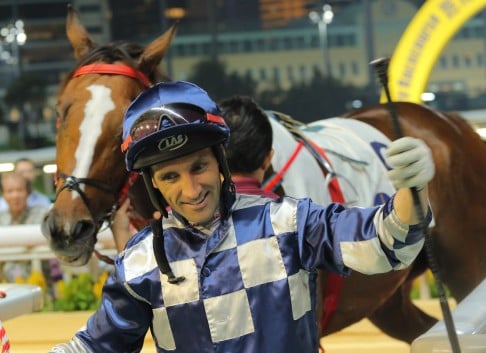 Callan was the other star on horseback with a winning double, leading throughout on Choice Exchequer for Dennis Yip Chor-hong before he took the feature for Shum. Callan needed all his strength to lift Choice Exchequer over the line first, the Class Five gelding looking out on his feet at the 150m before denying Moreira (Mr Vanilla) another win by the barest of margins.

The Siu family later got some relief for Mr Vanilla's close defeat, with Tony Cruz-trained Dalwari (Vincent Ho Chak-yiu) putting up a strong effort to win the final race of the night for Siu Pak-kwan.