Fears for Hong Kong-owned Red Cadeaux as he gets injured in Melbourne Cup; first female winner in race’s history

Disappointment all round for Hong Kong 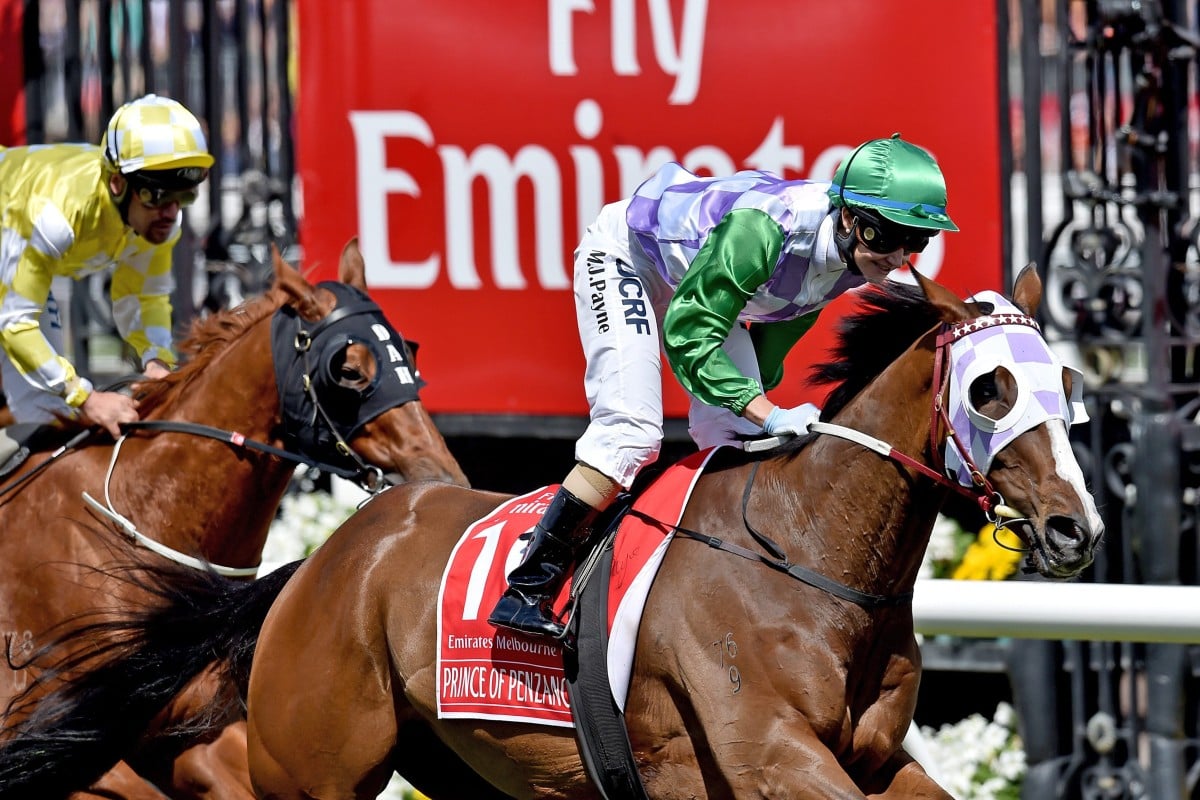 Michelle Payne became the first female jockey to win the A$6.2 million (HK$34.29 million) Melbourne Cup on Tuesday as she rode rank outsider Prince of Penzance to victory in Australia’s richest and most prestigious race.

But there was a worrying sight for connections of Hong Kong-owned horse Red Cadeaux, who was injured and taken away in an ambulance.

There were five HK-based jockeys in the race, but all had disappointing rides. Zac Purton, on favourite Fame Game, was 13th.

Jumping from barrier one, Payne bided her time until well into the final straight before pushing the 100-1 shot clear of the pack 200 metres from the line and held off a charging Max Dynamite by three-quarters of a length.

Red Cadeaux seriously injured in the Melbourne Cup. "We are waiting for the vets' reports but it's not looking good": owner Ronald Arculli

Criterion crossed the line third in the gruelling 3,200 metre handicap at Flemington racecourse.

"My sister Margaret and I both had a feeling we would win this race," Payne said.

"It’s such a chauvinistic sport, a lot of the owners wanted to kick me off.

"Everyone else can get stuffed [who] think women aren’t good enough."