John Size-trained pair Sun Jewellery and Luger looked in ominous form ahead of upcoming feature assignments as they crossed the line locked together in a star-studded Sha Tin dirt trial yesterday. 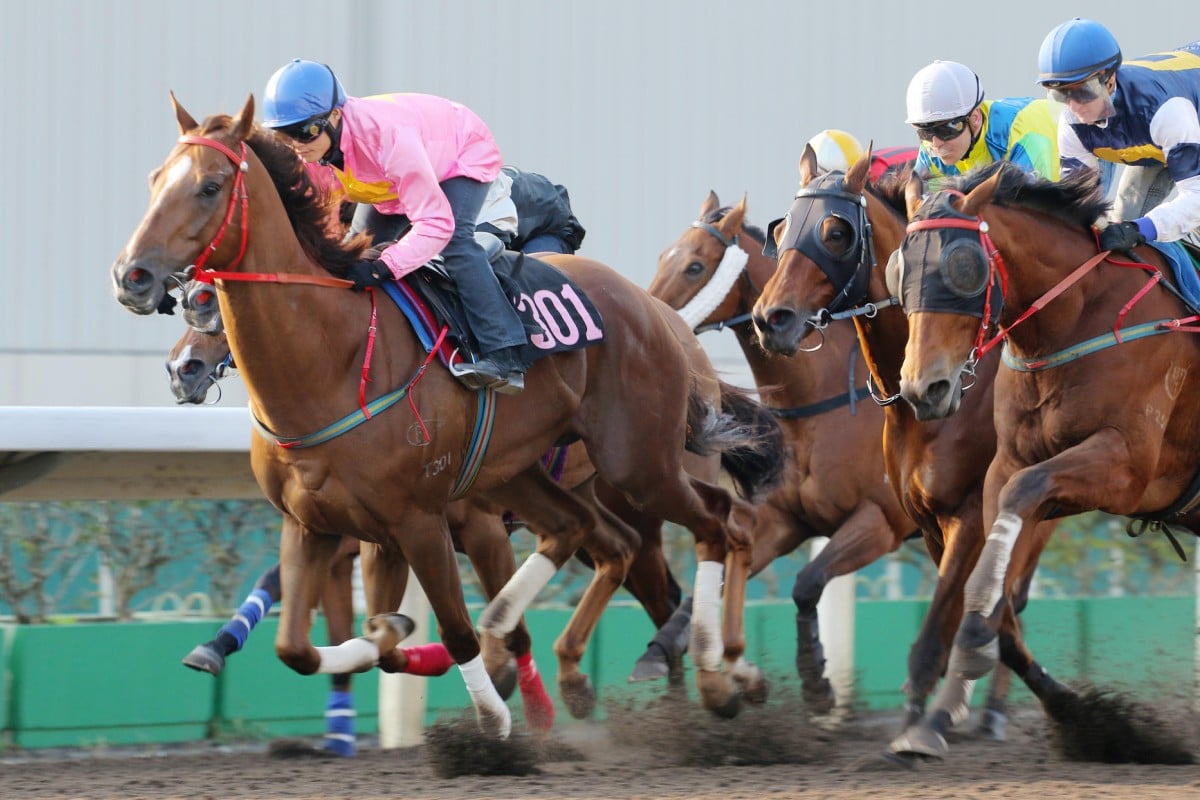 John Size-trained pair Sun Jewellery and Luger looked in ominous form ahead of upcoming feature assignments as they crossed the line locked together in a star-studded Sha Tin dirt trial yesterday.

Sun Jewellery will have the services of Ryan Moore when he contests the Classic Mile in just over two weeks while Luger is likely to make his long-awaited return in the Stewards' Cup a week later.

Keith Yeung Ming-lun kept the saddle warm for Moore on Sun Jewellery as the four-year-old just held out last year's BMW Hong Kong Derby winner in a 1,200m heat as both crossed the line with plenty in hand.

Sun Jewellery hasn't raced since an impressive 1,400m win on international day and will now tackle a mile for the first time in the opening leg of the four-year-old series. A mile should be fine, but beyond that could test the son of Snitzel - although the best of Sun Jewellery's siblings, half sister Tan Tat De Lago, was a narrow second at Group Two level over 2,000m, giving some hope the gelding will stay.

Luger was having his second serious hit-out since suffering a second heart irregularity in last year's Champions Mile and won't have raced for nearly nine months if he lines up in the Stewards' Cup.

Signs look good that the son of Choisir will be there and might even be ready to take the mantle of Hong Kong's best miler - a title left vacant after Able Friend's injury-enforced lay-off.

Purton allowed Luger to lope along at the tail in the six-horse heat, which was run at a solid clip. Both horses hit the line in eye-catching fashion, particularly Luger.

Just behind them Rich Tapestry (Gregory Benoist) looked in fantastic order as trainer Michael Chang Chun-wai keeps his champ ticking over ahead of his Dubai World Cup carnival swansong.

At the turf trials earlier this week, a group of young horses from the Size stable will have those among the trainers' championship leaders currently nervously looking over their shoulders. 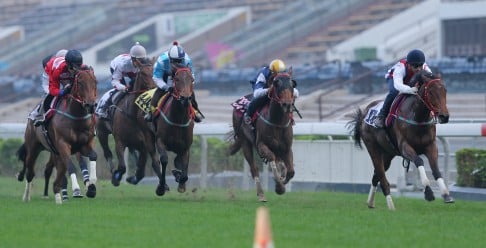 While Size is best known for his Private Purchase Griffins from Australia and New Zealand, there was also a Euro-bred among the standouts on Tuesday.

Fruition (Karis Teetan), an Irish-bred three-year-old by star miler Canford Cliffs, made dramatic improvement from his first trial when he led all the way in an 800m heat.

Two weeks ago, Fruition was all at sea as he blew the start before proceeding to try to do everything at once, showing more desire than ability as he raced greenly.

This time, Fruition wasn't perfect away, but he was good enough, and then he got through his work without as much fuss either. There is a long way to go but the gelding is heading in the right direction. 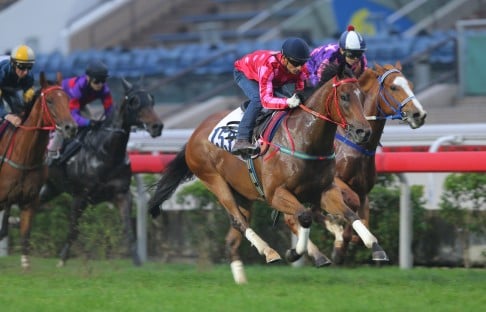 Fruition had a decent benchmark beside him in the form of Private Purchase Wayfoong Vinnie (Keith Yeung Ming-Lin), who looks quite handy, the pair separated by half a length on the line.

Of course Size still has some of his bread-and-butter southern hemisphere newcomers to fall back on in the latter half of the season.

One of them, Mr Stunning (Teetan), highlighted here after his first trial, again looked outstanding as he effortlessly ran a time of 46.12 seconds, more than half a second quicker than Fruition.

Third in the heat was another Australian-bred stablemate, My Darling (Nash Rawiller), also progressing nicely ahead of his likely debut later this term. 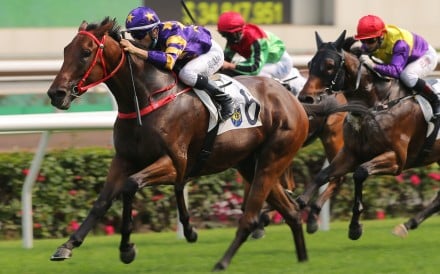 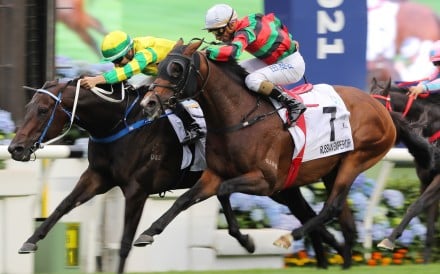