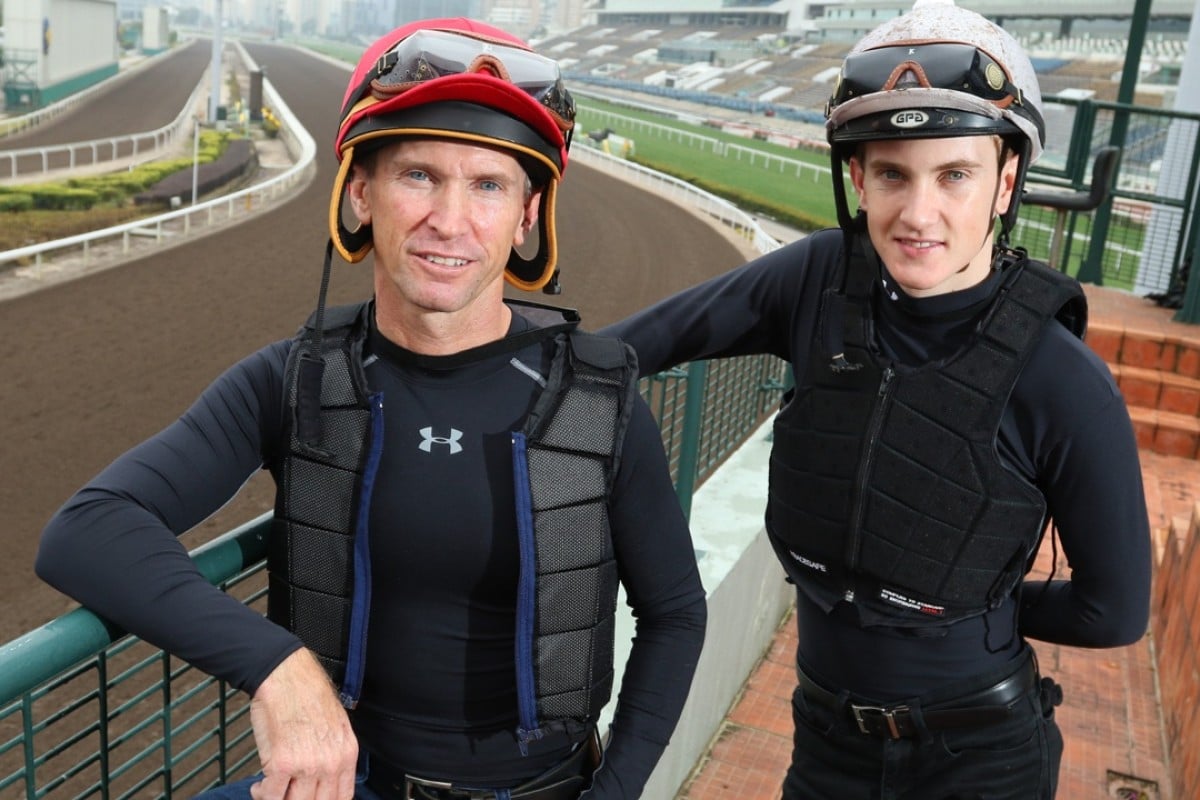 Glyn and Chad Schofield will become the first father-son duo to ride in the same race in the professional era of horse racing in Hong Kong at the Sha Tin meeting on Sunday.

Chad has been based at Sha Tin as a club jockey since last September, with father Glyn based in Sydney.

But with the current shortage of riders he has been called upon by the Jockey Club to ride on Sunday – presenting a first for Hong Kong racing, although both have ridden against each other many times in Australia.

It is not the first time that a father-son combination have been licensed at the same time, though – Hong Kong legend Tony Cruz began his career in 1973-74 while his father Johnny still held a licence, but they never rode in the same race.

The younger Schofield has a full book of 10 rides on Sunday, eclipsing his father, who has mounts in all bar one race.