The Brazilian only has two meetings left of his winter stint, but looks to have a good chance of dominating again with Graceful Kingdom Silvestre De Sousa has taken Hong Kong by storm and can win again at his final Happy Valley meeting for this stint on Graceful Kingdom. Photo: Kenneth Chan

Silvestre De Sousa’s highly successful winter stint is quickly coming to a close but the Brazilian can keep his hot streak going on Graceful Kingdom in the opening leg of the Triple Trio at Happy Valley tomorrow night.

De Sousa will leave Hong Kong after Sunday’s Classic Mile meeting and with the help of a low draw in a weak race, Graceful Kingdom can help add to the 34-year-old’s already impressive tally of 16 wins.

The Ricky Yiu Poon-fai-trained Graceful Kingdom was just edged out in a close finish last start but can go one better against a typically moderate mid-season Class Four field. 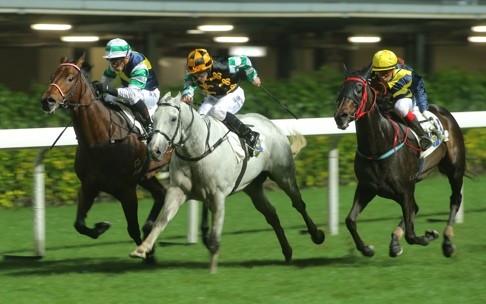 The window for Graceful Kingdom to be competitive is small and it has been more than a year now since the six-year-old was last in the winners’ enclosure, but the timing looks right tomorrow night.

The gelding’s rating is right around where it needs to be, his form and fitness are positives, but it is subpar nature of the race and the run that De Sousa should be able to give Graceful Kingdom from the draw that will be the keys to victory.

De Sousa almost found himself leading by default last time, bustling out of barrier one to land in the pole position. This time, from barrier two, he should be able to take a sit off what looks like being a more willing contest for the front over 1,650m. 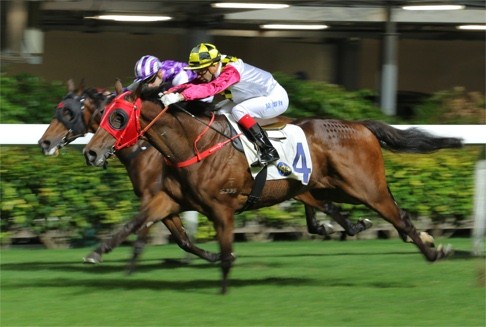 Graceful Kingdom was left alone in front a long way from home last time and he might be better served this time taking a sit and coming into the race late.

This time, Happy Spirit will be pushed along from gate one and with Jack Wong Ho-nam on Business As Usual, there won’t be much respite for anyone else with designs on a front-running spot.

Joao Moreira takes the ride on Addole and should also get a nice run behind the pace. Take him, along with Go-Getter (Brett Prebble) and Speedy Wally (Chad Schofield). After 25 starts, Sharp Hunter (Ryan Moore) steps up beyond 1,200m for the first time and deserves some consideration. 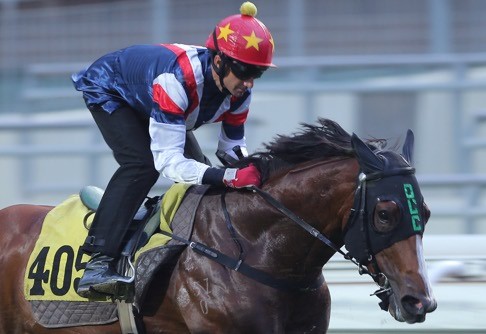