Australian racing whips itself into a frenzy with fines

Appeasing activists with new rules a silly move from authorities down under, as top jockey Purton expresses after Sha Tin double 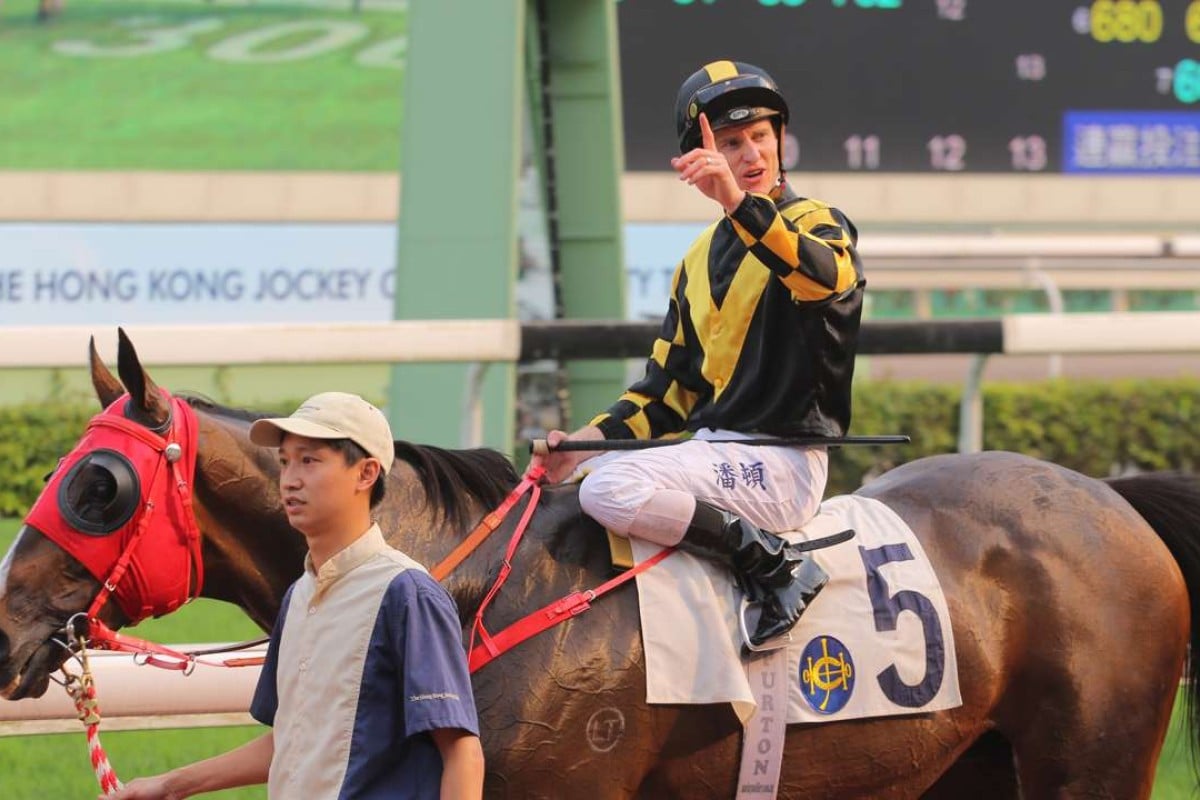 If we had a dollar for all the people with an anti-racing bent over the years who warned us that the jockeys’ whips were actually striking their boots, not the horses, we’d have quite a pile of cash to lump onto the proposition that those are the same types of people now working hard to have that outcome actually be true.

Whatever anyone wants to say about Zac Purton, he’s no shrinking violet

Clearly, they were lying. The cautionary tale was rolled out before an impressionable youth that jockeys were all crooks who didn’t hit horses with their whips because basically they were not trying to win on the particular horse we backed (although how the jockeys were in possession of that piece of information was a mystery). And by not whipping horses, jockeys were surreptitiously sabotaging their winning chances.

Live long enough and you see pretty much everything.

So, now they have come full circle in Australian racing, with jockeys left right and centre being fined for actually using whips to strike horses and trying to win races, and Tye Angland – not once but twice, mind you – escaping such a charge by showing the stewards that he was in fact hitting his boot. There’s some irony for you. 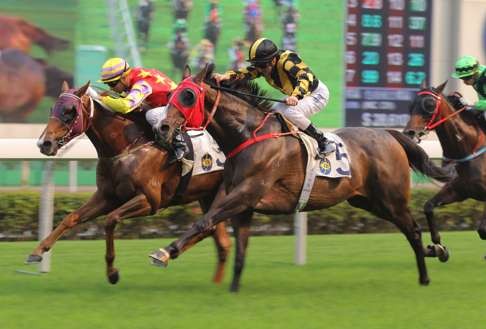 Whatever anyone wants to say about Zac Purton, he’s no shrinking violet and his comments after a whip-assisted winning double on Saturday at Sha Tin drove home that sense of irony.

Purton, nearly the topweight in any free handicap of whip ‘finees’ in Australia this past couple of years despite being based here, threw the kitchen sink and anything else that wasn’t nailed down at reluctant hero Rouge Et Blanc. On a more willing Washington Heights, he was more persuader than standover man.

His post-event comments, that it’s nice to ride somewhere where riders are encouraged to win the race, were a timely reminder to this week’s big stewards’ conference in Australia.

Racing does seem to have moved a fair way from its roots when “I was hitting my boot, sir” is one of the top 10 arguments a jockey will produce in the room to save his or herself.

Relevance to Hong Kong racing? Well, fortunately, as Purton says, nearly none. Here, flogging a dead horse isn’t tolerated by stewards, fines for hitting out of contention runners are right and commonsense – everyone else, get on with trying to win. 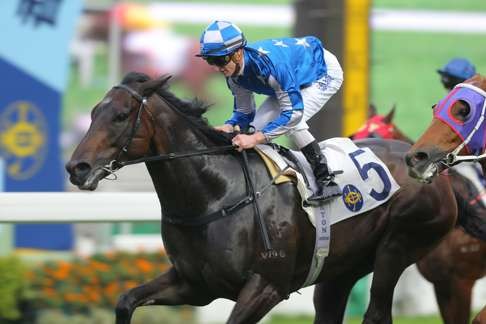 This is one of those discussions at the stewards’ conference where Kim Kelly gets to sit in the corner, hand over his mouth and sniggering, while inexplicable treatments are batted back and forth for a boil on the rear end of Aussie racing born of its relentless attempts to appease people who will not be appeased.

The Australian Racing Board, a toothless, pointless gathering of three people in a broom cupboard, that purports to speak for and legislate on horse racing in that country cedes ground in a fashion that would have embarrassed Neville Chamberlain, modern history’s most famous appeaser.

Commingling coughs Down Under

Rumours are a dime a dozen and still overpriced in horse racing circles, so most of those that surface don’t bear repeating, but we have heard some juicy commingling scuttlebutt that the Jockey Club is not so happy with how it is being served in Australia.

Now, the landscape of telecasting and wagering down under would wear down the Mars Rover with all its bumps and craters and Sky Channel barely gets its own wall-to-wall racing right.

But it seems Hong Kong race coverage has been getting demoted behind dog and harness racing from bush tracks where the betting holds might typically be only a few thousand Aussie dollars. No doubt there are contracts to run and obligations to maintain but there may be alternative solutions available too in this day of modern technology. 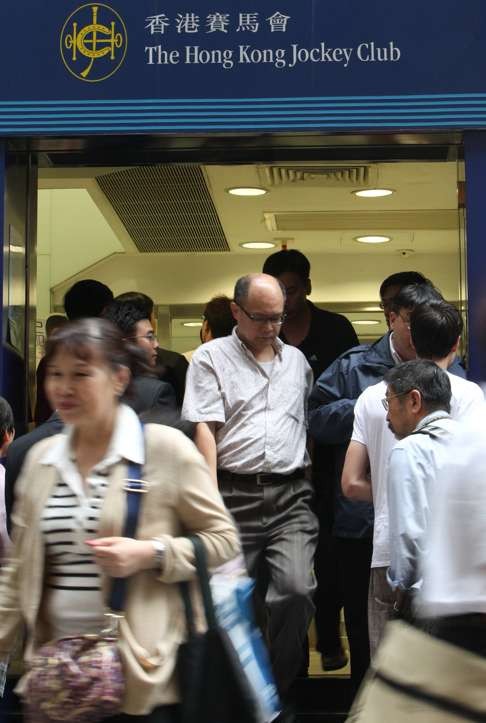 There are two meetings coming up with feature interest for Australian horseplayers, particularly with their sprint idols Buffering and Chautauqua, so we’ll be watching with interest to see how things play out.

While we’re on the subject, the club’s own simulcasts have had their detractors at times but full marks for the recent ones from Sydney in terms of the commentary at this end as Ed Sadler clearly knew his Aussie form and spoke with some authority about it.

Is Rapper Dragon rocking to the rhythm a tad too soon?

Has Rapper Dragon given trainer John Moore a few issues by meeting expectations too soon and pushing his rating into three figures, still a year out from his Hong Kong Derby target?

Now that isn’t to say that there is anything wrong with Rapper Dragon winning races, aim of the game and all that, but every win trims back the options available towards next year’s Derby.

The gelding still has two more starts pencilled in for him this season and could end it already higher-rated than this season’s Derby winner, Werther, unless the latter comes out and does something special in these international Group Ones coming up. 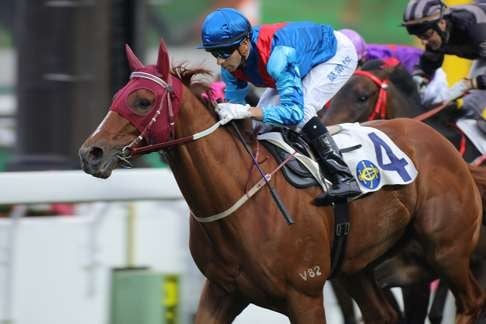 As of Monday, Rapper Dragon is rated 107 – just one point lower than this year’s Derby winner after his classic win – and may begin his Derby campaign as the highest-rated new four-year-old in...ever? Well, ever is a long time. In a different handicapping regime 10-plus years ago, horses regularly landed from overseas and started off with 100-plus ratings, but Rapper Dragon looks like going into the Derby as the highest-rated horse in it since Hong Kong Mile winner Lucky Owners lined up rated 129.

Moore wants to start Rapper Dragon’s campaign in December, like Werther, and has a balancing act to perform as he says the horse puts on condition easily and needs to race but he doesn’t want to run him in against the international horses.

Using the same template off this season’s programme, we can confidently predict Rapper Dragon can run first-up in the Class One 1,400m on international day, the Classic Mile and Classic Cup then the Derby – unless of course he wins again this season by any margin, or wins both runs, and then the Class One handicap options narrow or even disappear. Any unforeseen physical issues and it goes into a cocked hat (although that can happen whatever their rating).

Still, as problems go, it’s right up there with winning too big a Triple Trio.