The Sha Tin Vase has been a launch pad for some future stars and Ricky Yiu Poon-fai's well-weighted iron horse Blizzard can join the Group Three's glittering honour roll today. 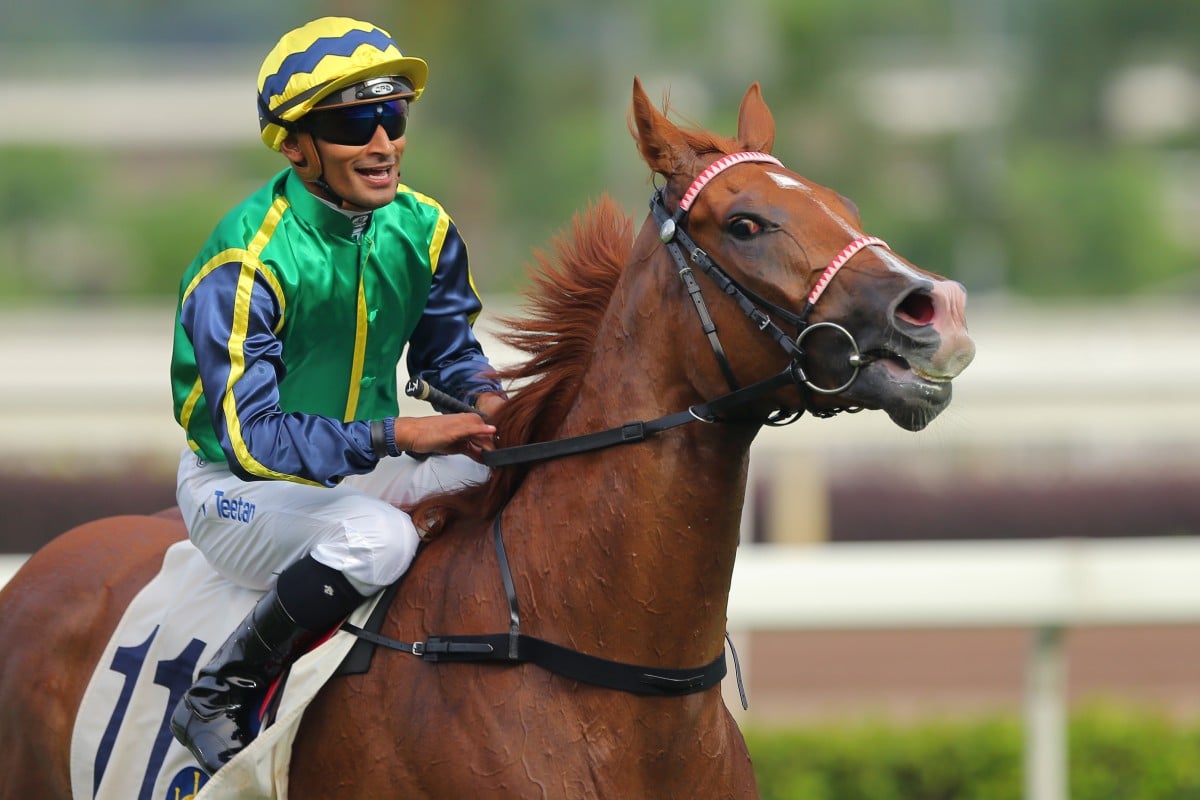 Blizzard's record at 1,200m has been terrific and he looks a good chance dropping in trip. Photo: Kenneth Chan

The Sha Tin Vase has been a launch pad for some future stars and Ricky Yiu Poon-fai's well-weighted iron horse Blizzard can join the Group Three's glittering honour roll today.

Back at a far more favourable distance after running admirably in the four-year-old series and then competing well at 1,400m, Blizzard (Karis Teetan) can join Silent Witness and Aerovelocity as lightly weighted winners of the 1,200m handicap.

Blizzard gets in well at a rating off which he has clear upside, has a kind draw and in a race that should be run at a suitably strong tempo.

Talented four-year-old sprinters being stretched to 2,000m in the Derby is nothing new and Blizzard equipped himself well over 1,600m and 1,800m before capitulating after a tough run in the big one.

In his only run since Blizzard was perhaps a touch flat at 1,400m, which wasn't entirely surprising. Fatigue is still the biggest worry here, but with a slight freshen-up and a light workload in the five weeks since, he can strike over a trip at which he has won his last three. The biggest threat to Blizzard is Amazing Kids (Joao Moreira) - with a little luck he could have been in contention for a Group One win last start and the John Size's galloper also strikes the right type of profile.

Amazing Kids bounced back from a mid-season flat spot in the Chairman's Sprint Prize, and if not for being blocked for a run at a crucial stage, he would have likely have finished closer, maybe even challenging Australian superstar Chautauqua.

The trouble is a five-pound hike that pushes Amazing Kids up to 126 pounds. The four-year-old will be giving away weight to some talented rivals, and even with another helpful draw, the 13-pound weight pull swings it in Blizzard's favour.

The pair jump from alongside each other, Amazing Kids in three and Blizzard four, and will likely settle in the two wide line in behind what should be a solid tempo.

Speed comes from Peniaphobia and Domineer down low, with one-dimensional lightweight Fabulous One zipping across from barrier seven to keep them all honest.

Divine Boy (Chad Schofield) is also one to watch after a surprising seventh behind Chautauqua.