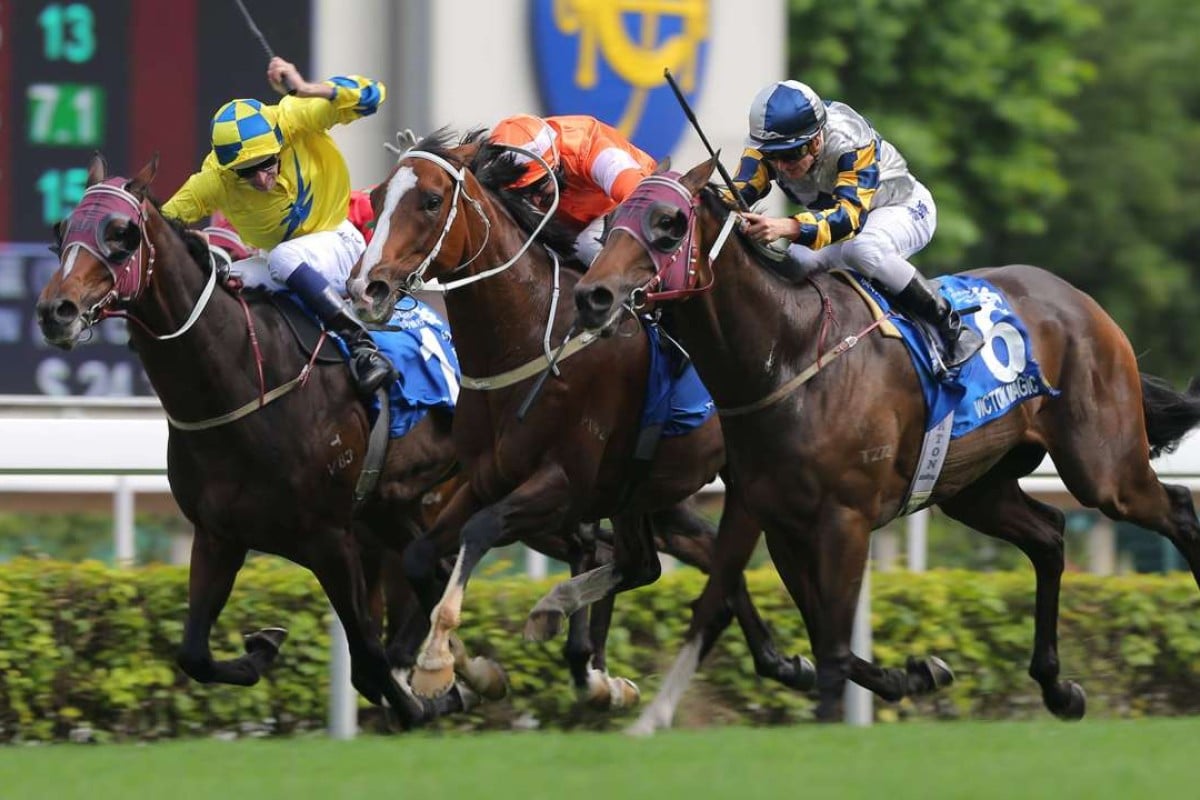 It was a case of out with the new and in with the old as Blazing Speed turned back the clock to record a second Standard Chartered Champions & Chater Cup success in nail-biting fashion at Sha Tin on Sunday.

It was a case of deja vu for Blazing Speed – the flashy son of Dylan Thomas won the Champions & Chater two years ago, upstaging a John Moore-trained Derby-QE II Cup winner in Designs On Rome, and he again proved the spoiler, this time to Moore’s Werther, sent out 1.7 favourite on the back of his narrow Derby win and his runaway QE II success.

Werther enjoyed a lovely run on the back of the speed set by stablemate Helene Happy Star, with Blazing Speed immediately to his outside, and while the four-year-old looked fought tenaciously to complete a treble only achieved once before, by Vengeance Of Rain in 2005, he came out on the losing end of a three-way photo – one which Callan said was deceptive, at least for him.

“It was toss of the coin, I said to Zac when I went past the line, ‘Did I hold on?’,” the rider said. “He said, ‘I don’t know’ and I was gritting my teeth but I was praying that the horse was going to give me enough to win and he did, as he always does.”

“I’ve got to give all credit to Neil, it was a thrilling finish,” Cruz said. “It was so close, I was literally screaming. I’m so glad for everyone involved that he can still do this as a seven-year-old. Next year at eight, but we’ll keep going with him, take the same route and hopefully we’ll be back here again next year.”

Cruz’s other recent wins in the Champions & Chater came with Helene Super Star (2015) and California Memory (2013), while Blazing Speed was one of five winners for the trainer at Sha Tin on Sunday.

Bowman had no excuses for the beaten favourite, simply saying he may not be as effective over the longer 2,400m trip.