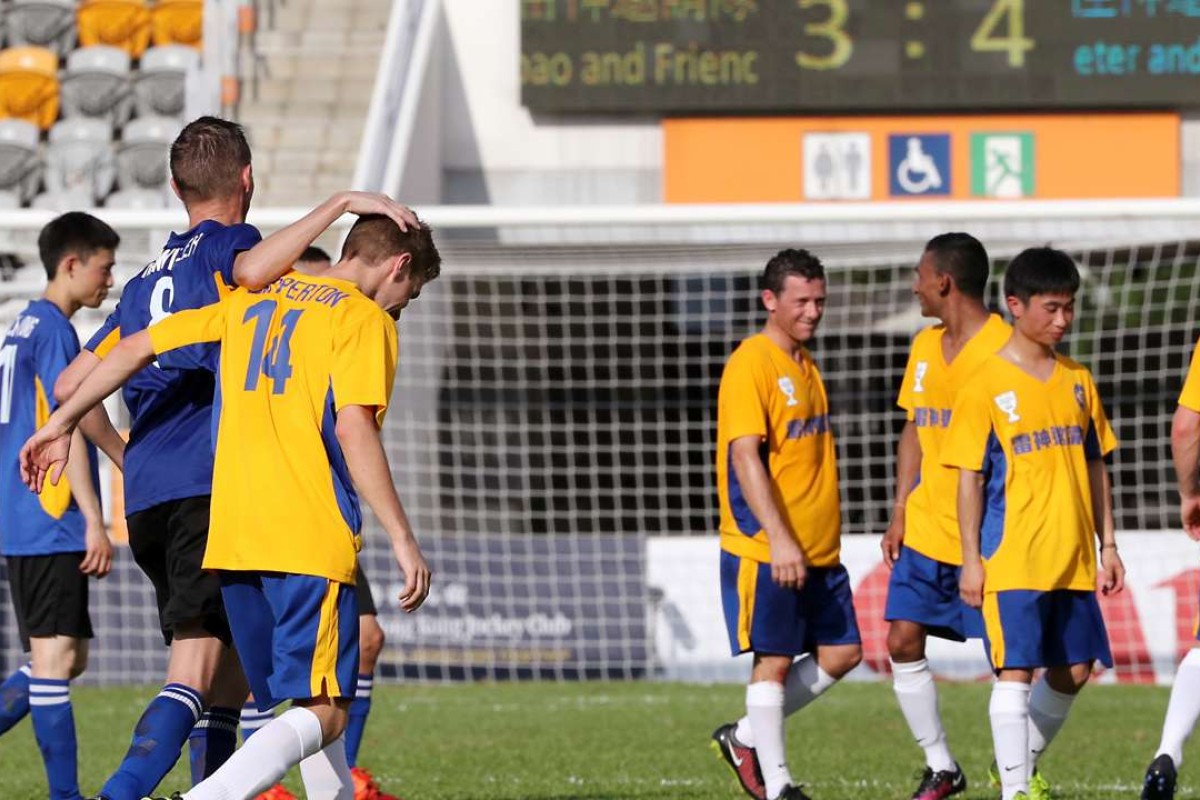 Players at the end of the Hong Kong Jockey Club Community Cup, which went to penalties at Mong Kok Stadium. Photos: Edward Wong

A long range goal from jockey Nash Rawiller with his first touch in the first minute of play was the highlight of the match at Friday afternoon’s exhibition match featuring some of Hong Kong’s best jockeys at Mong Kok Stadium. 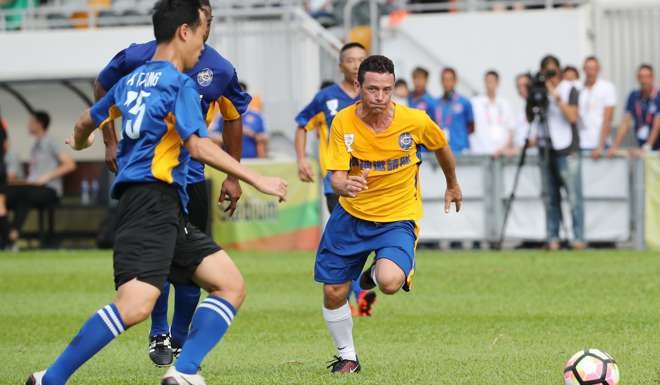 Played as a curtain raiser to the annual Community Cup and the brainchild of champion Brazilian rider Joao Moreira, two teams of top jockeys and local professionals fought out a gripping 35 minutes of football in regulation time that finished in a 1-1 draw.

To decide the match, a penalty shoot-out was held.

WATCH: Neil Callan talks about the game after his team won

@neilcallan78 after his team triumphs in the curtain raiser at #CommunityCup Mong Kok Stadium, call up for Ireland? pic.twitter.com/lqcJFgalMj 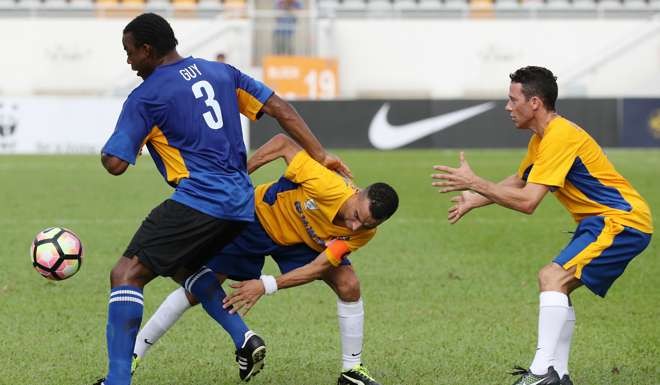 In the end it was local football legend Peter Wong Hing-kwei’s team who prevailed 4-3 over Moreira’s side in front of a surprisingly large crowd.

“How good was that?” Moreira said after the match.

“It was great for us to get together and support charity. The crowd was amazing and it is something I will never forget.”

On his long-range goal off his non preferred left foot, Rawiller was rather humble - although the distance he scored from is sure to be embellished over the years. “I haven’t played since I as a kid, so I was a little surprised I scored,” he said. “We did have some practise during the week and that helped. It was actually a great bonding experience for the jockeys.”

WATCH: Karis Teetan goes to work on Howard Cheng on the left side but comes up empty

@KarisTeetan goes to work on Howard Cheng on the left side but comes up empty #CommunityCup pic.twitter.com/zoQwKzVmGW

Zac Purton is one jockey who did play football as a junior and called for the charity match to become an annual event.

“It was good to get back out there and have a crack,” Purton said. “My skills aren’t quite as good as they once were, but it was a lot of fun, so hopefully we can put another day on like this at some stage.”