With Joao Moreira sidelined, the 13-time champion has picked up handy rides but it is a pair of outsiders that could provide some value 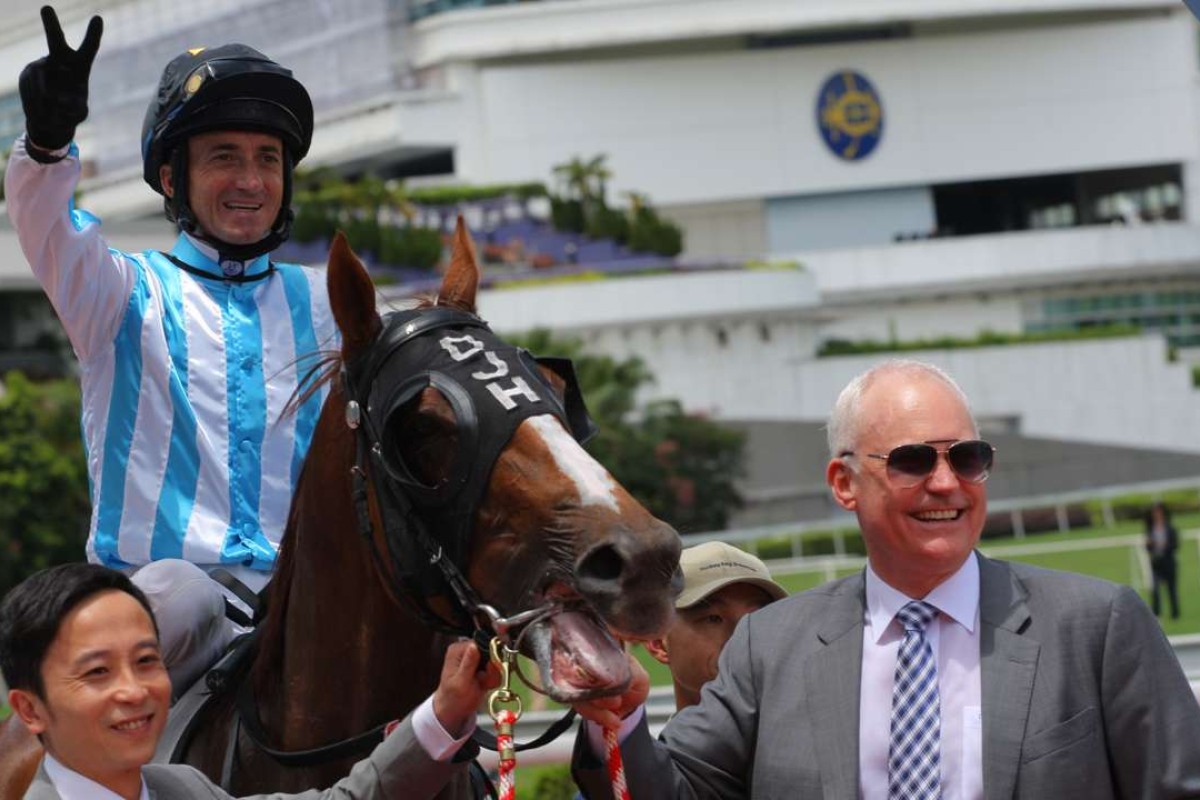 Douglas Whyte has a nice book of rides at Sha Tin on Sunday. Photos: Kenneth Chan

Douglas Whyte’s book of rides includes a couple of genuine chances on Sunday but it is a pair of his outsiders – Hastily Feet and Flying Force - that the horses’ respective trainers were talking up at trackwork.

Whyte is one of the biggest beneficiaries of Joao Moreira’s two-meeting suspension that begins on Sunday, taking over on John Moore-trained pair Prince Falcon and Green Card, who both should head out with strong support.

Hastily Feet will have his work cut out against smart youngster Jing Jing Win in a Class Four sprint, but the five-year-old’s handler Chris So Wai-yin said punters can expect to see an improved animal to the one that placed once in nine starts last season. 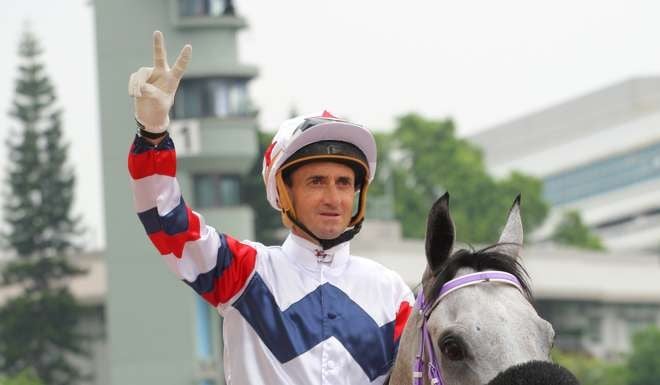 “We tried something different and got him to a mile in the middle of last season, and we were experimenting with all types of stuff – tongue-tie and cheekpieces - and he ran really badly,” So said. “By the end of the season we had taken all of that gear of his head, he has put a little bit of weight on and now comes back fresh over 1,200m, I think he will run well.”

Dennis Yip Chor-hong says Flying Force will eventually be looking for a step up in trip but maintains that 1,000m remains his best trip for now after the grey was a closing third over the course on opening day.

“He goes too hard at the moment but I think he will eventually be fine,” Yip said. “These straight races are the best for him now because they go so fast. Once he settles down he will be a lot better.”

A double last weekend gave Whyte three wins from three meetings so far and his rides today also include two other Yip-trained runners without outside chances, Mr Potential and Super Leader.

The premiership-leading Zac Purton is the $1.40 favourite for the Jockey Challenge, with Whyte drifting from $7 to $7.50.