His stunning debut victory was a lot to live up to, but Pakistan Star managed to repeat the last-to-first performance As far as keeping lids on things or hosing down expectations went, Pakistan Star’s second race start at Sha Tin on Sunday was an utter failure - in every other way it was exceptional.

Matthew Chadwick didn’t particularly want to be seen comparing the two-start veteran with the horse which put him on the map as a young jockey winning a swag of Group Ones, California Memory, but in the next breath was suggesting Pakistan Star has a bit in common with the other good Shamardal in these parts, Able Friend.

“California Memory never carried himself the way this horse does - he was small, he didn’t have the physical presence,” Chadwick said. “California Memory was a bit of an awkward horse. He was never on the bit in a race unless they walked, and if they walked he would fight with you. When you let the gas go, he would almost surprise you with the big turn of foot that he had. With Pakistan Star, you can feel the gears.”

Bottom line; the Tony Cruz-trained three-year-old tumbled out of the starting gates like a sack of spuds then tacked on, rounded up the Class Three opposition and put them to sword without much fuss, again.

He did it again! Pakistan Star blundered the start and blew past them all. Final 400 in 21.44. Watch this! #HKracing pic.twitter.com/bYF1Hb4znH

The ‘again’ part was important. There was no faking the devastating sprint at the end of Pakistan Star’s debut win in griffin class last season, but it’s in the very nature of these things that everyone wanted to see him do it again in a better field, even if that field contained no other blinding talents.

And he did, despite looking above himself in condition, although Cruz was quick to respond that he felt Pakistan Star was actually more forward this time.

“He was fitter than the griffin race and has definitely improved character-wise and I thought he would jump better because he was better in his trial and he’s been more switched on this time, but he was slow to get going again,” said Cruz, who has had his hands on many Group One horses before and was doing a better job than Chadwick at trying to keep things sane. “This wasn’t a great field. I think he looks a Class One horse for sure, but I’m not talking about Group races yet. I’d like to see him beginning better but Matthew wasn’t worried, he’s so confident on this horse. Before the race, I said maybe get someone to hold Pakistan Star’s tail in the gates and try to get him to jump faster and Matthew just shrugged and said he didn’t care whether he jumped or not.” 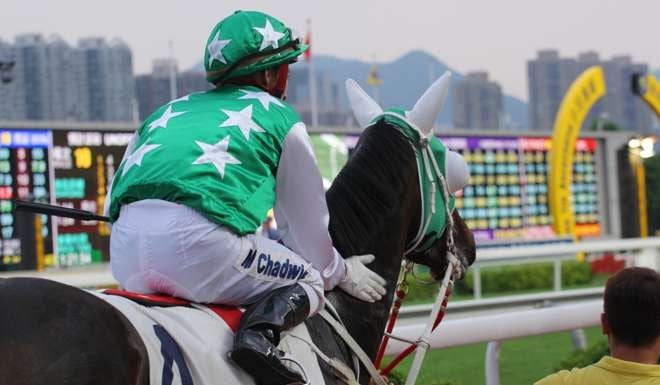 Cruz said there was little doubt that a mile and further will suit Pakistan Star better than the 1,400m on Sunday, added that 1,600m will be his next assignment and hoped that the gelding would be able to take more of a position as he gets over further.

So far we’ve seen down the outside twice with Pakistan Star and if he does ever begin properly, the likelihood is that he’ll find himself between horses. A question mark?

“I’m not worried about that - one trial before his first start I deliberately brought him through between horses to see how he’d handle it,” Chadwick said. “He did have a look and a think, but he went through. His greatest attribute is that acceleration - I went from last to almost joining the leaders in four strides. I had to keep him going and gave him a slap with the stick to keep his mind on things because we were still a fair way from the line. This horse isn’t concentrating yet, he’s looking around not paying any attention in his races. He thinks it’s a breeze up or a ride around the park.”

The gelding’s win was part of a red letter afternoon for the Jockey Club’s sale last March, with his fellow graduate, Jing Jing Win, strolling up in an earlier race on debut.