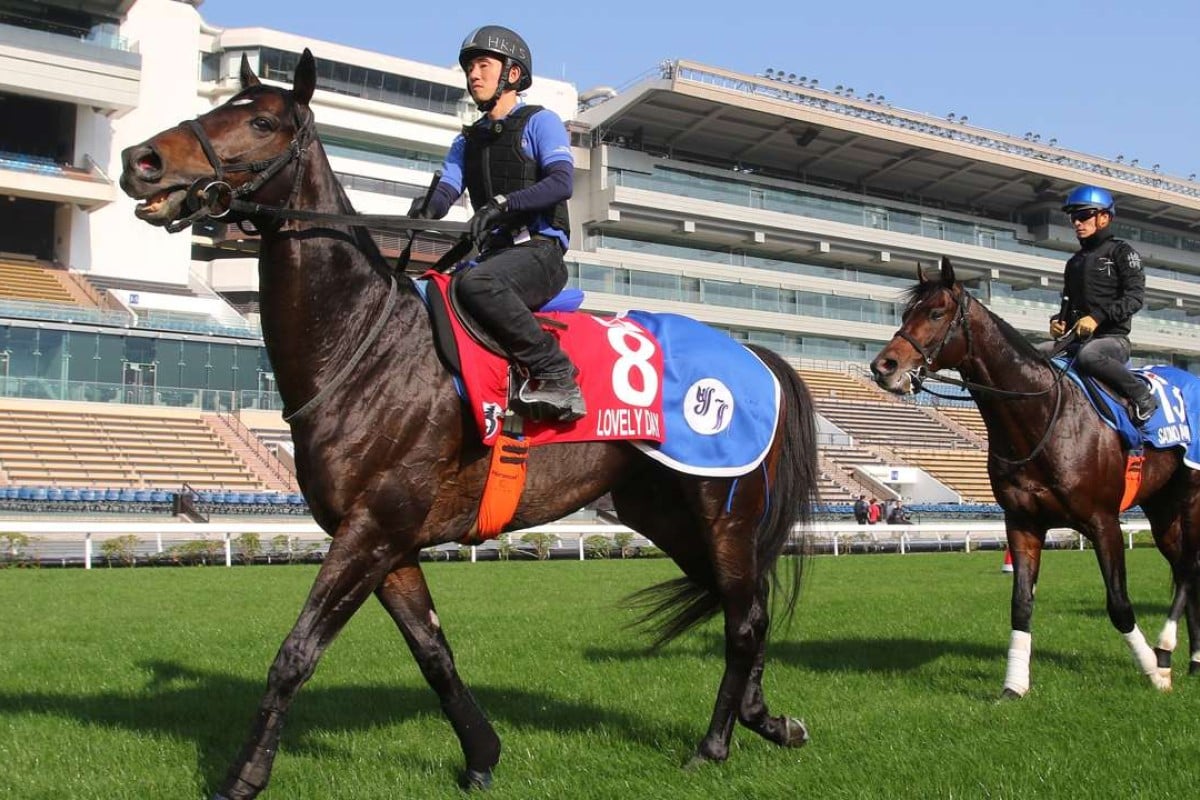 Lovely Day and Satono Aladdin head back to the stable at Sha Tin. Photos: Kenneth Chan

When trainer Yasutoshi Ikee was in Hong Kong last season, he forecast that horses from his country would arrive in growing numbers for the major events and we didn’t have to wait long for him to be right.

Here they are, all 13 of them, for Sunday’s Longines Hong Kong International Races, with significant players spread through all four events in a record December assault from any single foreign jurisdiction.

Ikee was here 15 years ago this week, as an assistant to his father, Yasuo, on a golden afternoon for Japanese racing, when the land of the rising sun announced itself to the world by winning three of the four Group Ones, including the Vase with Ikee senior’s Stay Gold.

“That gave me a lot of experience, as well as a lot of good memories, and Stay Gold also became the father of Orfevre – the best horse I have trained so far,” Ikee said on Friday. 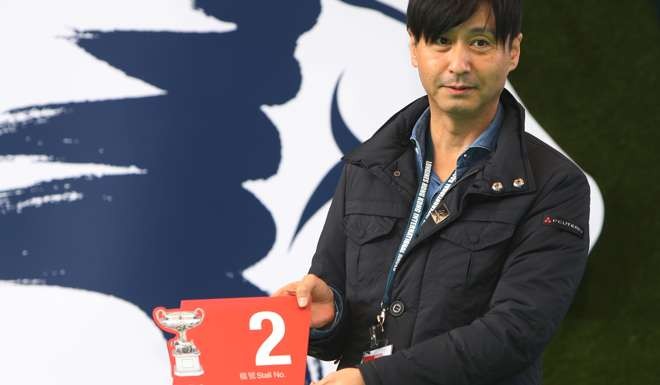 He also recalls his forecast regarding greater numbers of Japanese raiders for the future, but says there are particular reasons why the December international meeting is so popular, despite the fact many of the visitors are horses who might otherwise run in the Arima Kinen, Japan’s favourite race, in around two weeks’ time.

When you add the suitability of the track and the races to wonderful hospitality and the fact that it is mostly free, then this carnival is very enticing on all levels
Yasutoshi Ikee

It’s a race that Ikee himself preferred last year with Lovely Day, who runs in the Cup over 2,000m on Sunday.

“The Arima Kinen isn’t for everyone. It is 2,500m, so quite a long race and probably the Vase at 100m shorter is more suitable for many horses and some prefer the 2,000m,” he said.

“For our sprinters and milers, the season is over now in Japan, so those races in Hong Kong offer one more final chance to run for the year.”

And Ikee said that the state of the ground was another factor.

“Nakayama, where the Arima Kinen is run, is quite chopped up at this stage, but Sha Tin is in wonderful condition,” he said. “When you add the suitability of the track and the races to wonderful hospitality and the fact that it is mostly free, then this carnival is very enticing on all levels.” 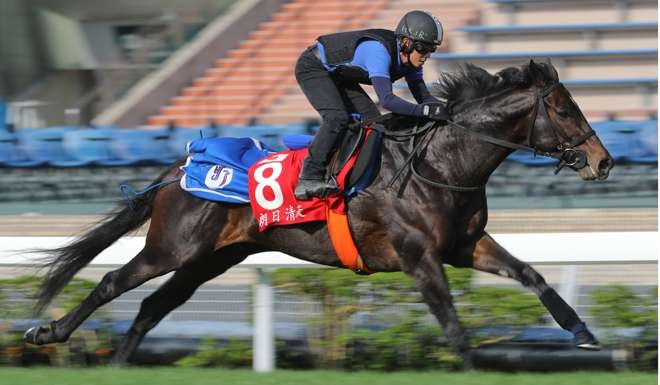 And the QE II Cup will maintain its popularity with the Japanese when April rolls around, but Ikee does not believe that opening almost all the Hong Kong Group races this season to overseas competition will see a flood.

“The other races are not free, and the chance of Japanese horses coming en masse to run in those instead of Group races in Japan is not very high,” he said. “The positioning and timing of this meeting on Sunday fits so perfectly into the Japanese calendar.”

There was a lot of rain and the track did not suit Lovely Day – like his name, he needs fine weather and a firm track
Yasutoshi Ikee

Ikee-trained Lovely Day forms part of the powerful Japanese contingent in the HK$25 million Cup on Sunday, but not in the captain’s role which he had in the QE II Cup last April, when he started favourite but could do no better than fourth to Werther on soft going.

“There was a lot of rain and the track did not suit Lovely Day – like his name, he needs fine weather and a firm track,” said Ikee, who would not be drawn on comparisons between his chances and those of the nominal team “captain” this time, Maurice.

“I do not train any of the other Japanese horses so I don’t know about their condition and form but I only hope that Lovely Day can show his best form. He has settled in well and looks in good condition.” 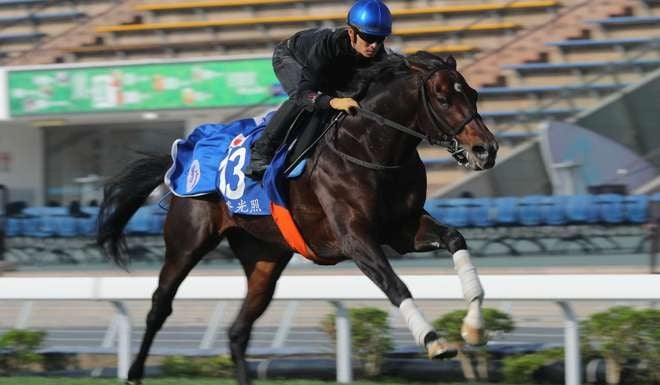 Ikee’s other runner, Satono Aladdin, is making his second Sha Tin trip, this time for the Mile after finishing well back in last year’s Cup.

His latest performance was a close-up fifth in the Group One Kyoto Mile Championship, but Ikee believes he should be judged even more positively than that.

“He is a horse with a very big stride and he had barrier two in Kyoto and was boxed in and then suffered interference,” he said.

“He didn’t get to show his best performance and was still under two lengths behind the winner. He has a more suitable middle draw this time which should allow him more room to show his stride and his form.” 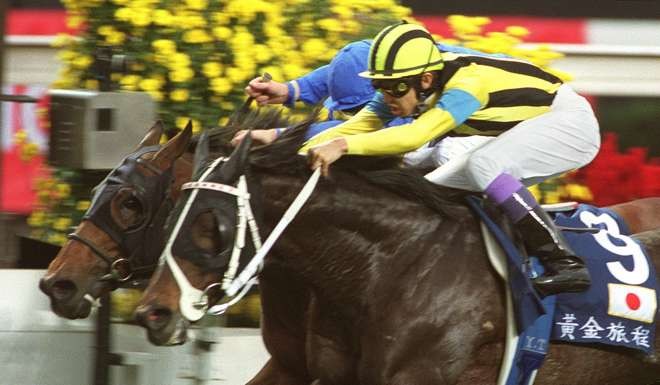 Meanwhile, Christophe Clement-trained Pure Sensation continues to be under a serious cloud ahead of his scheduled start in the Hong Kong Sprint after failing to appear at trackwork on Friday.

The Breeders’ Cup placegetter is being treated for lameness in his left fore foot after being reported earlier in the week as lame in his left hind leg.

All declared runners for Sunday’s Sha Tin meeting will undergo routine inspection on Saturday morning when Pure Sensation’s suitability to race will be considered further.