In the new era of commingling, the English broadcast team has been ramped up to deliver a world-class product 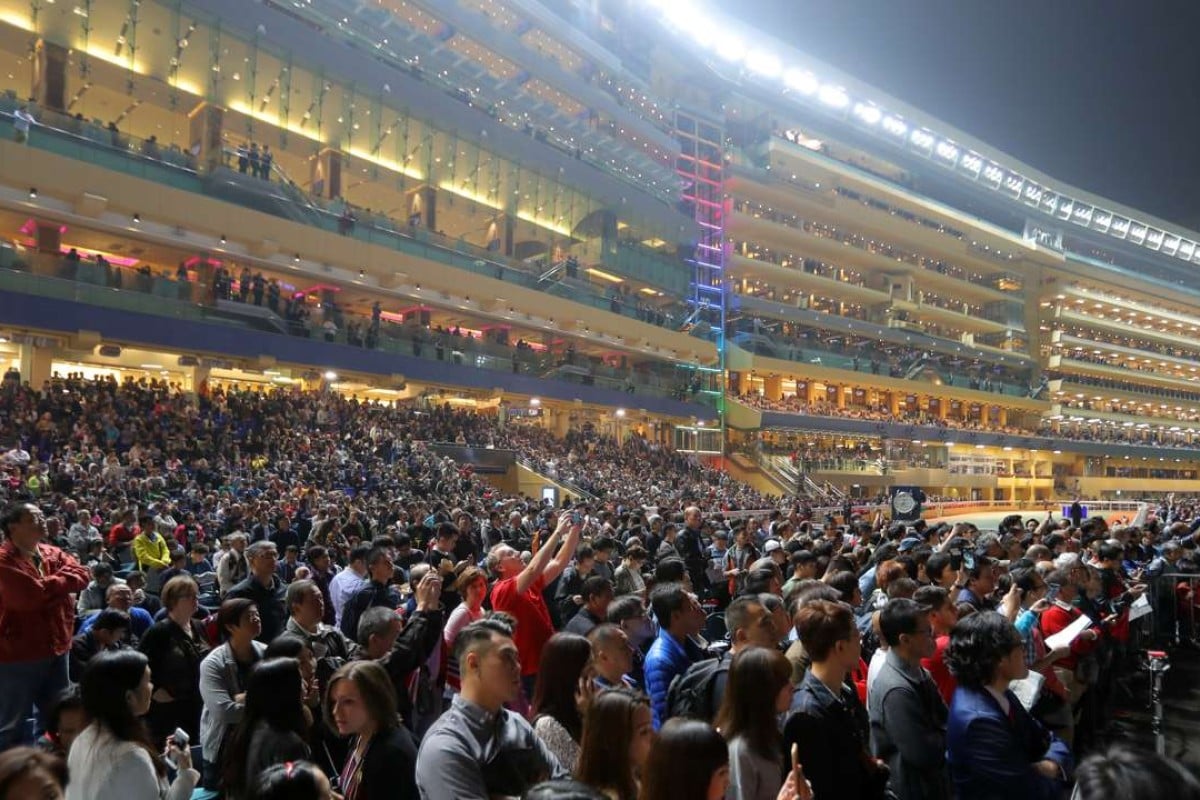 The world was watching – and betting – at Happy Valley on Wednesday night, along with more than 29,500 fans on course for the Longines International Jockeys’ Championship. Photos: Kenneth Chan

Wednesday night’s Happy Valley races weren’t just enjoyed by a record 29,601 fans on course; in the commingling era it seems a customer can be watching, and betting, anywhere.

An English punter enjoying a flutter in a High Street betting shop, a Hongkonger living abroad in Vancouver playing a Tony Cruz all-up and a hardcore American racing handicapper looking for an edge – all of them betting into the same ever-growing pari-mutuel pool.

This new frontier is the realisation of a vision first described by Winfried Engelbrecht-Bresges, now Hong Kong Jockey Club chief executive, at the 2007 Asian Racing Conference in Dubai.

Laws allowing commingling were finally passed by the Hong Kong Legislative Council in 2013, previous to which overseas customers were restricted to placing bets into significantly smaller domestic-only holds.

Sunday’s international races will be beamed around the world via a live stream and bet on by operators in nine countries. 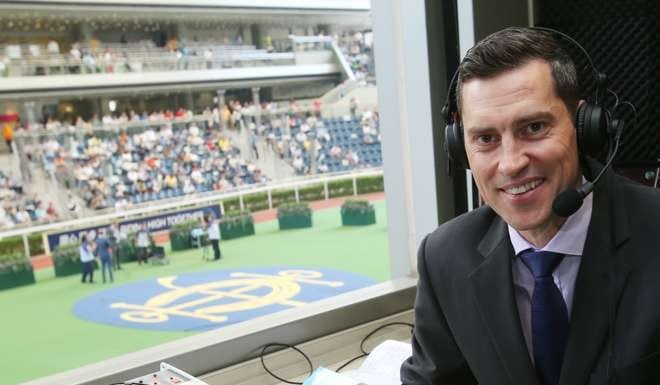 Those jurisdictions will also bet directly into Jockey Club today that is expected to hit HK$1.4 billion, around 3 per cent of which will pour in from foreign operators.

“And we expect this to grow, in five years it could be as high as 8 per cent,” Engelbrecht-Bresges said. “It’s been a journey from 2007, when we introduced the concept, to 2013 and getting the legislation passed, to first implementing it in 2014 and now to get this to reality.”

England is the latest country to be added to a list that already included major totalisator operators in Australia, America, South Africa and Canada, along with neighbours Macau and Singapore. More than HK$7 million in turnover came from Great Britain alone on last Wednesday’s fixture.

As the jurisdictions are added, so does the hold, and a new-look English broadcast team acts as the shop window to the world.

Engelbrecht-Bresges said the team were taking on a critical importance as they present Hong Kong racing to the world.

“This growth definitely necessitates an English broadcast that appeals to the world, so that the quality of our races are accepted worldwide,” he said.

“The English broadcast was thought of as less important in the past, but as commingling grows it is crucial.”

The transformation of the broadcast team has been pushed by industry veteran and commingling development director George Irvine.

“Our programmes were too Hong Kong-centric and were just hitting the expats sitting at home here,” Irvine said.

A team already including new caller John Blance, and another fresh face and voice, Edward Sadler, were soon joined at the start of this season by Andrew Le Jeune.

English by way of Australia, Le Jeune plays the frontman role and allows colleagues like parade ring expert Jenny Chapman, tipster Paul Lally and lead caller Brett Davis to play to their strengths under the guidance of producer Doug Chalmers.

“Brett is a caller and Paul is a pundit. The guys all have their strengths, but Andrew is the one that pulls it all together,” Irvine said.

Le Jeune brings a unique background in fitting with the new global reach – not to mention another English accent for a booth that had been criticised for being “too Australian” in the past.

They’ve got a big role to play with education, even though these other jurisdictions are betting into the pools, they all have different names for and types of exotics bets
George Irvine

Le Jeune actually grew up riding ponies and eventually even rode in races – surprising given his tall frame.

“I had a few winners on the flat, but I wasn’t much of a jockey and after I started getting to heavy I worked in a National Hunt yard and rode over fences and hurdles as well,” he said.

After a stint riding work for the David Hayes stable in Australia, during which the trainer prepared Melbourne Cup winner Jeune, Le Jeune returned home to find his way into racing media with At The Races.

After meeting Australian wife Alex, Le Jeune went back down under and eventually became the host of popular magazine show Racing Around the World.

As the Jockey Club pushed further into even more jurisdictions, broad international knowledge is essential, as is the need for the broadcast team to educate, as much as entertain.

“They’ve got a big role to play with education, even though these other jurisdictions are betting into the pools, they all have different names for and types of exotics bets,” Irvine said.

“We can’t just say ‘we are trying for a Triple Trio’ – now we have to explain what that is.

“For now, we are focusing on the simple bets, like win, place, quinella and quinella place, but that will change as time goes on. The exotics are going to be very popular for us – it is all about small stakes and a high win. That’s the new market.”

Engelbrecht-Bresges says technology is the key to tapping into this market and the Jockey Club’s recent adoption of Longitude’s single-pool wagering technology could be key to helping it happen.

“We have certain bet types in other jurisdictions that are similar to bet types here, but not the same,” he said.

“With the Longitude engine we could theoretically create a situation where the customer in another jurisdiction could just take their own bet as they would normally, even if it is not a bet the Jockey Club offer.

“That is still a little hurdle. We come from a customer-centric approach and we don’t want that overseas customer to have to change his bet type.

“It could take two or three years to work on these protocols, but this is a must for me, for us to be able to unleash the potential we have.”