Ricky Yiu’s smart five-year-old overpowers his rivals, leaving the trainer left to ponder his next move 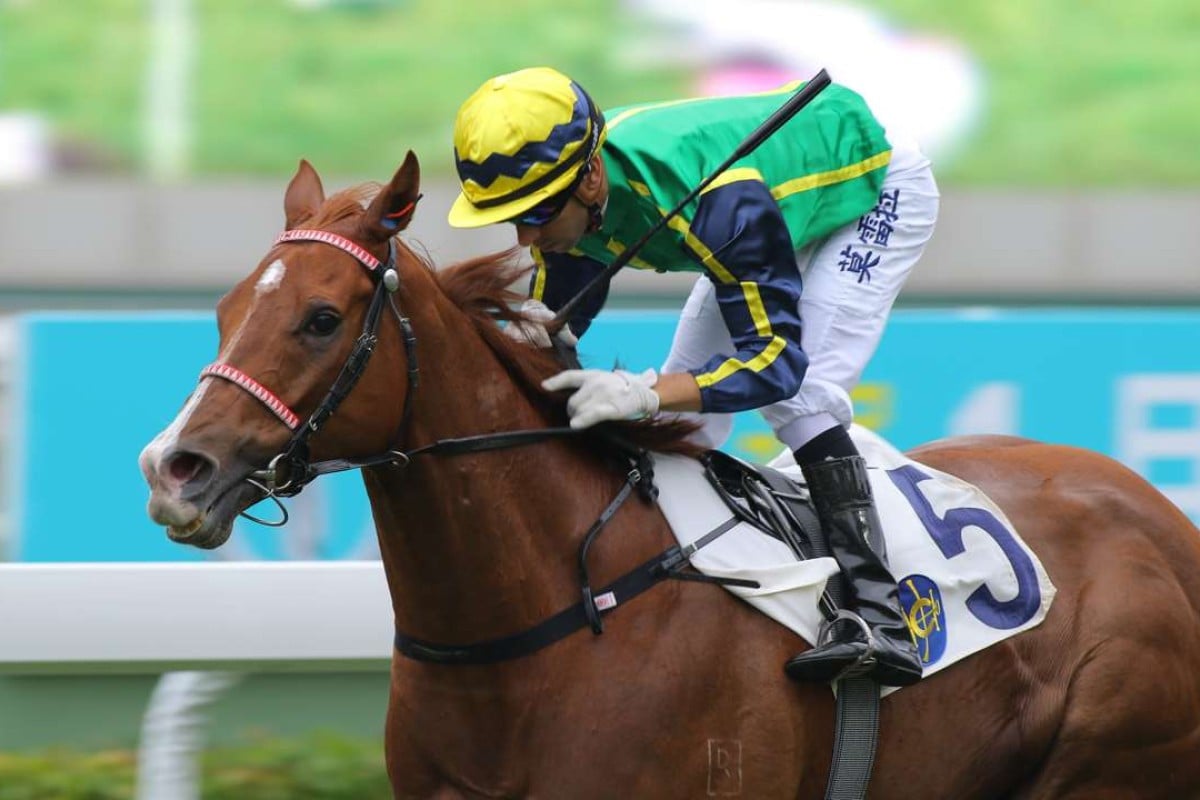 Underrated Blizzard has come to a fork in the road after a comfortable victory in the Group Three Chinese Club Challenge Cup over 1,400m on Sunday.

The Ricky Yiu Poon-fai-trained five-year-old has always been the support act to a greater player, tried from 1,000m to 2,000m, but he has never let anyone down and punters decided that this was to be the day.

Heavily backed as favourite, Blizzard got another great ride from Joao Moreira to sweep trouble-free down the middle of the track to win his first Group race success.

And that win will confine him to the A-grade now as the win by almost two lengths should put his rating near enough to 120 to restrict his opportunities.

Now the next trick for Yiu is to decide whether the best of Blizzard is as a sprinter or a miler, because in each direction there are riches to chase but straight ahead lies only the Queen’s Silver Jubilee Cup as an elite target at 1,400m in late February.

Yiu plans to run Blizzard in a Group One on January 30, either the Stewards’ Cup at 1,600m or Centenary Sprint Cup at 1,200m, but is nonplussed at the choice.

“Honestly, I don’t know whether he’s better at one distance or the other but he obviously can’t run in both,” said Yiu. “I need to sit down and talk to the syndicate. He showed last season that he’s pretty versatile, he ran all the way up to 2,000m in the Derby and he’s shown his ability at 1,400m, a mile and 1800m.” 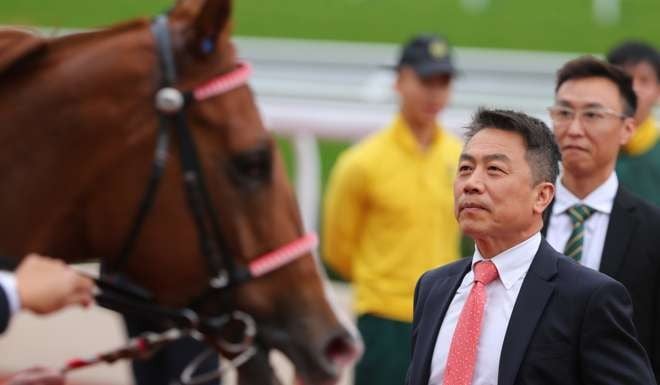 Yiu believes Blizzard took some confidence from a narrow Class One win last time for Moreira when he was ridden in a similar style – quiet early and looping the field – and the champion jockey has his own view on the distance question.

“I don’t think he is a miler but he is as good at 1,200m as he is 1,400m – in my experience, horses which are that good at sprinting can’t be that good up in distance,” Moreira said. “I draw a comparison with dirt and turf horses – every single horse I rode that was unbelievably good on dirt was useless on turf. Nothing in between.”

Moreira feels the addition of ear plugs for his last two starts has helped to calm down Blizzard and he is unbeaten with the gear.

“I think Ricky has got him right, he has put the ear plugs in and he is much more relaxed. He would be just as relaxed over the mile, but I don’t think he is a miler,” Moreira said.

“Eventually, the Queen’s Silver Jubilee Cup is probably his ideal target, but then he’s going to run into Able Friend there, anyway.” 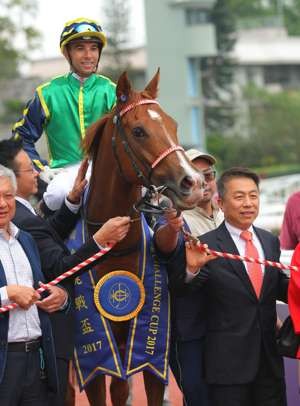 In front of a record New Year’s Day crowd of more than 79,000 Sha Tin (and more than 7,000 extra cross-betting at Happy Valley), Blizzard came away to beat the John Moore-trained pair of Dashing Fellow and Joyful Trinity, while top-weight Contentment didn’t get the clearest run down the straight and looked unlucky to miss the placings in fourth.

“I was happy with Joyful Trinity under the big weight,” said Moore. “He’ll go on to the Stewards’ Cup now, with Gerald Mosse to come and ride him. I’ll also have Designs On Rome in that and Able Friend, who barrier trials on Tuesday.”

The disappointments of the race were Beauty Flame, who pulled up lame, Racing Supernova, who looked to over-race and take charge of Silvestre de Sousa, and Sun Jewellery, who scoped with substantial mucous in his trachea after finishing tailed out as part of a miserable afternoon for trainer John Size.