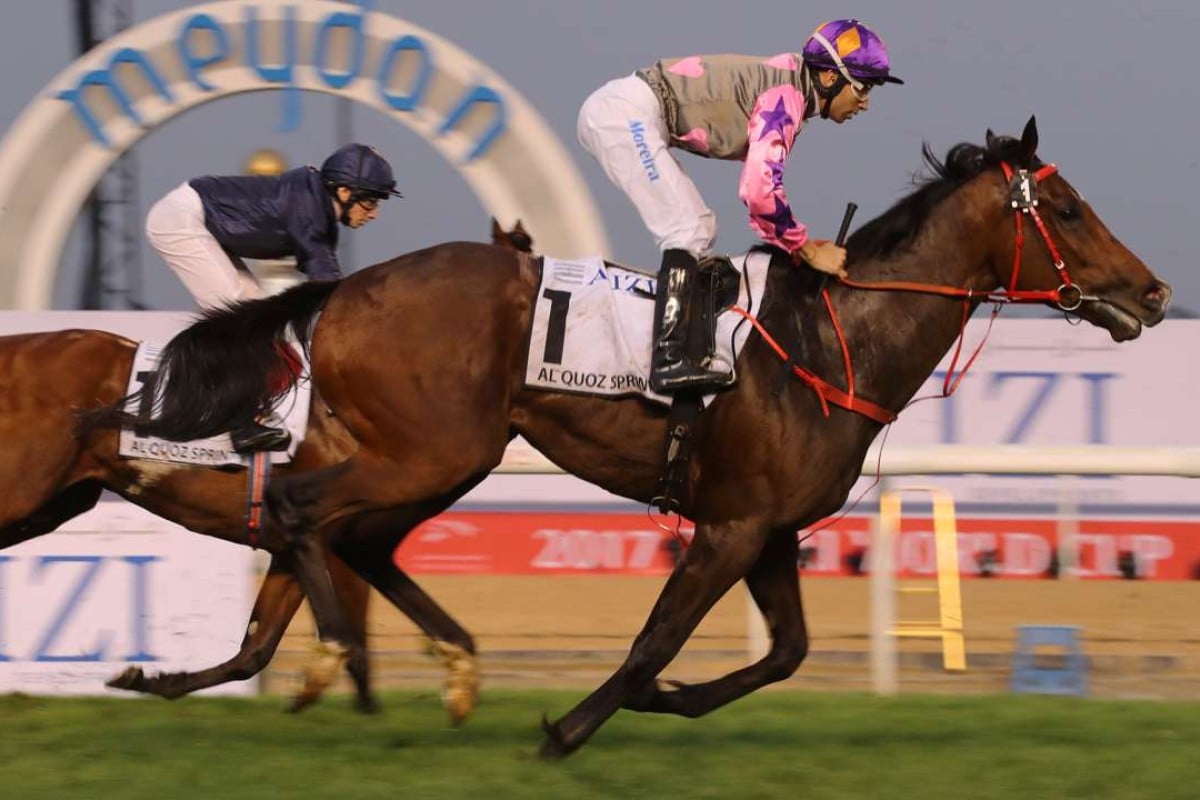 Joao Moreira sits up on Amazing Kids after finishing sixth in the Group One Al Quoz Sprint at Meydan on Saturday. Photos: Kenneth Chan

A night of modest expectations for the three Hong Kong-trained runners at the Dubai World Cup meeting was met with proportionately modest results with the silver lining provided by the prospect of some successful visitors to the Sha Tin spring features.

Heavy rain on Saturday morning was followed in the late afternoon and evening by unseasonal light and intermittent drizzle, affecting both the dirt and turf surfaces.

The John Size-trained Amazing Kids was expected to be the strongest contender of the trio in his assignment, the Al Quoz Sprint on turf, and so he was, finishing sixth but never as a contender.

After breaking well from the gates, Amazing Kids appeared to be soon outpaced, drifted to the rear of the pack and jockey Joao Moreira attempted to cross to the right towards the centre of the course. In the clear, Amazing Kids mounted a brief, unconvincing and soon-ended dash and was beaten a considerable margin by the French-trained winner, The Right Man.

Size had no immediate answer to the disappointing showing, suggesting only that the rain-softened ground may have come against the five-year-old but Moreira put it down to “inexperience”.

“I don’t think the ground was any problem for him,” Moreira said. “It wasn’t a bad run, actually, but he seems very inexperienced for a horse coming overseas to a race like this. His inexperience didn’t allow him to show what he is capable of.”

And so ended the highlight for the Hong Kong horses, with Dundonnell (Christophe Soumillon) and Not Listenin’tome (Tommy Berry) never a threat in the Golden Shaheen on the dirt half an hour later after both caught interference early. 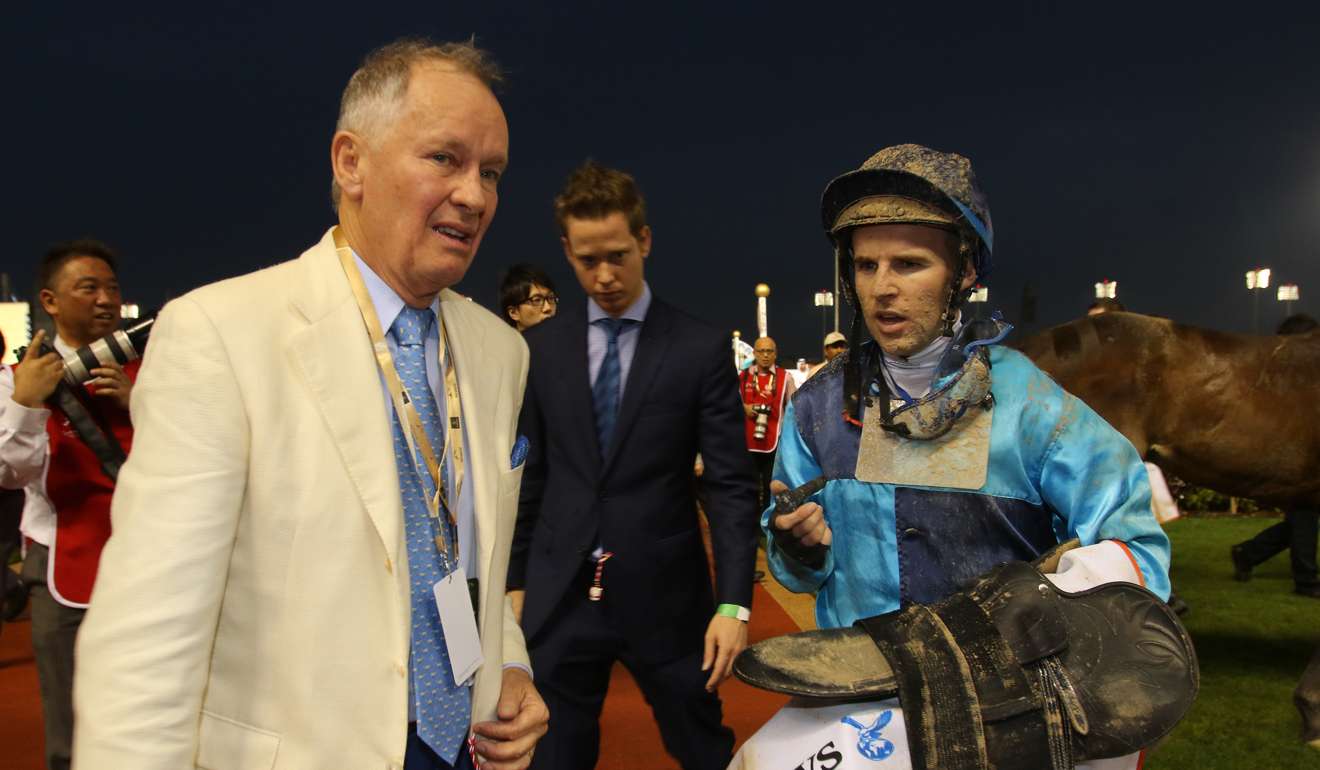 “He didn’t run too badly, but I got a very bad squeeze at the start and I was lucky to stay on,” Soumillon said after finishing ninth. “Unfortunately, it was too hard to get back into the race after that.”

Not Listenin’tome was having his first attempt at the dirt and Berry said he too was checked early and struggled to put himself in the picture at any stage before working into seventh at the finish.

“One thing we did find out is that he handles this surface,” trainer John Moore said. “But Tommy said he was cut out early and got further back than he wanted. But he did make up some ground and it wasn’t a bad run.”

The Chad Summers-trained Mind Your Biscuits comes fast, wide and late to win the Dubai Golden Shaheen from stall 14 pic.twitter.com/zVYA5qnAOB

On the plus side for the night, Hong Kong’s spring feature Group Ones may have picked up two of the winners from the meeting.

Tony Kelly, the Jockey Club’s executive director of racing and business operations, quickly engaged the trainer of The Right Man, Didier Guillemin, in a conversation about the Chairman’s Sprint Prize.

“The horse is entered for the race already and he’ll receive an invitation on Monday and I think they are pretty positive about coming,” Kelly said. “Obviously, he said it depended how his horse came out of this race but I think we should be fairly optimistic.”

Red Falx out to bounce back in Takamatsunomiya Kinen

There is also interest from connections of the Godolphin Mile winner, Second Summer, regarding the Audemars Piguet QE II Cup.

Trained by Dubai’s champion handler, Doug Watson, the five-year-old finished powerfully to the win the Group Two 1,600m dirt contest but does have some turf form as well.

And while the Magic Man didn’t have any success with Amazing Kids, he didn’t go home empty-handed, taking out the Group One Dubai Turf with Japanese mare Vivlos.