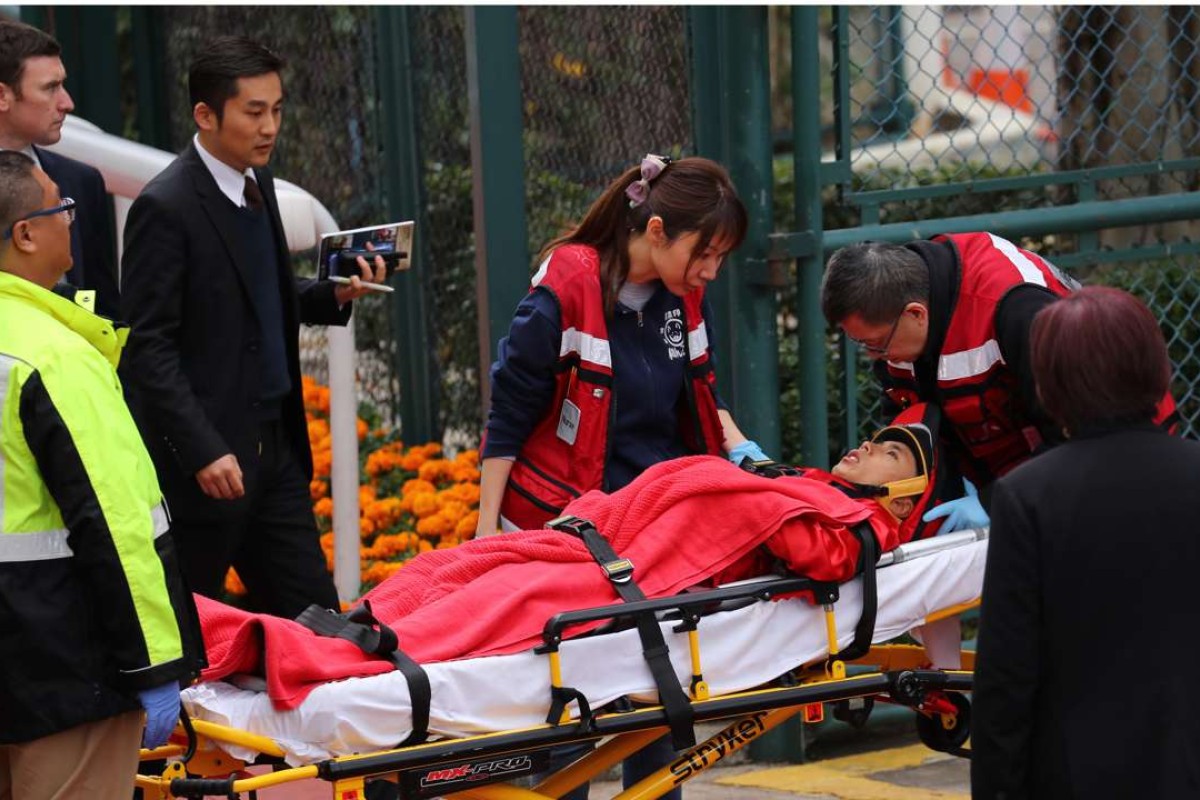 Matthew Poon gets taken to an ambulance after being injured by his horse General Iron leaving the mounting yard. Photos: Kenneth Chan

A roller coaster first day at Sha Tin for Matthew Poon Ming-fai included a maiden winner but ended with the apprentice in hospital and in doubt for next Sunday after he was trampled and knocked unconscious in a nasty pre-race incident.

The 23-year-old remained in Prince of Wales Hospital at Sha Tin overnight after being slammed to the ground by David Ferraris-trained sprinter General Iron on his way on to the track for the Duddell Handicap.

General Iron had misbehaved in the pre-race parade ring and, despite being next to the lead pony, took charge just as Poon was to be legged aboard.

The jockey dragged for a short distance as he attempted to hang on to the horse’s reins and was knocked out before being loaded into an ambulance and taken to hospital. 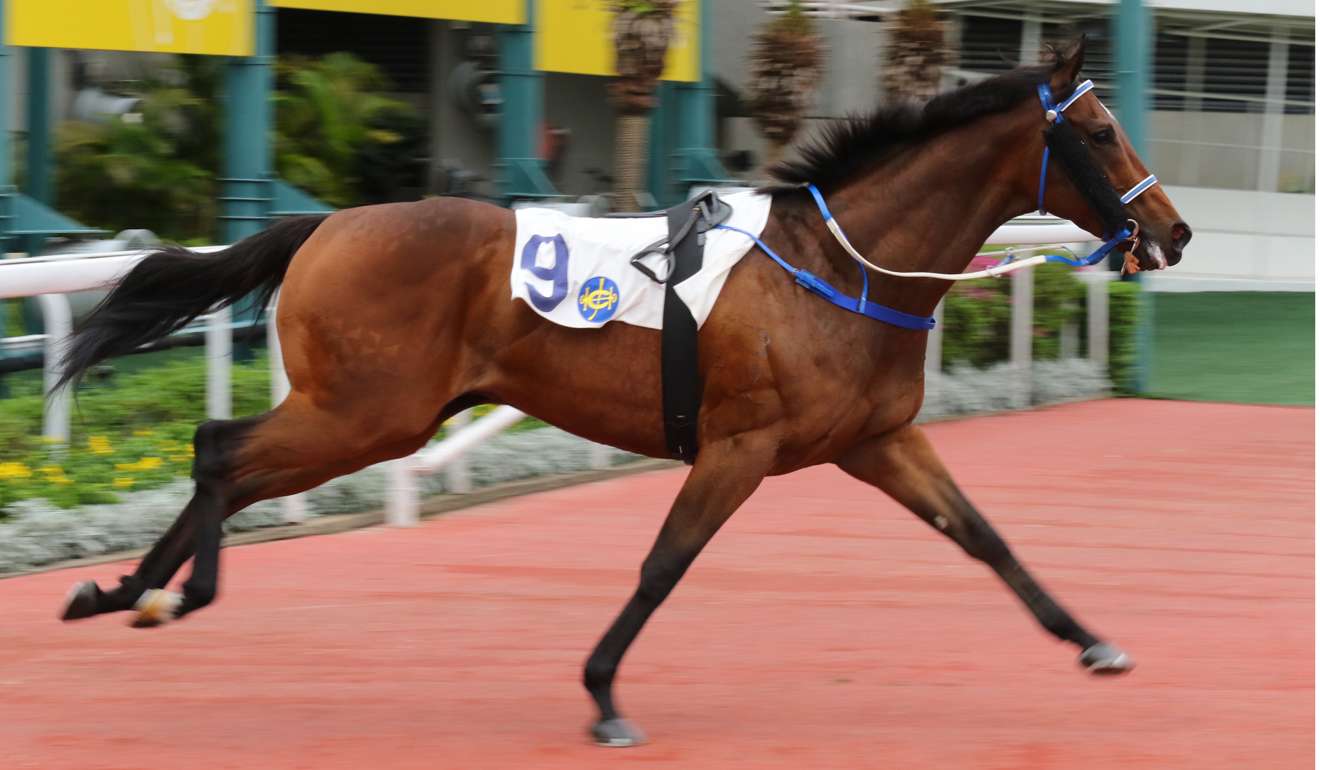 Jockey Club officials said Poon was cleared of any fractures and the jockey also underwent a MRI.

Poon is not yet permitted to ride at Happy Valley and a statement will be made about his eligibility to ride at Sha Tin on April 2 after he consults with a neurologist in the coming days.

Having arrived with 117 winners in Australia already, the most ever by a Jockey Club apprentice abroad, the pressure was on Poon to perform.

After a nervous start at his first few rides, Happy Meteor delivered a first win to the newcomer, and a welcome relief.

Happy Meteor was well backed to start a 7.9 third favourite in the Elgin Handicap, Poon doing a good job to get a fast jump to lead from barrier 10 and leading all the way.

Happy Meteor’s trainer John Moore, who booked Poon for three rides on the day, gave the apprentice top marks and pledged to support him more in future.

“I was really happy to kick him off with a first win and it was just unfortunate what happened to him later in the day,” Moore said via phone from Dubai. “I’ve spoken to his boss David Hall and it sounds like Matthew will be up and running again soon, so we wish him all the best. We will be one of his chief supporters in the future.”

Adding insult to injury for Poon was missing what could have been a double when his ride in the last, Penang Hall, bolted in for replacement rider Derek Leung Ka-chun.

If there was any disappointment from Poon, it didn’t stop him sending his boss a congratulatory message post-race after having already called Hall from his hospital bed. 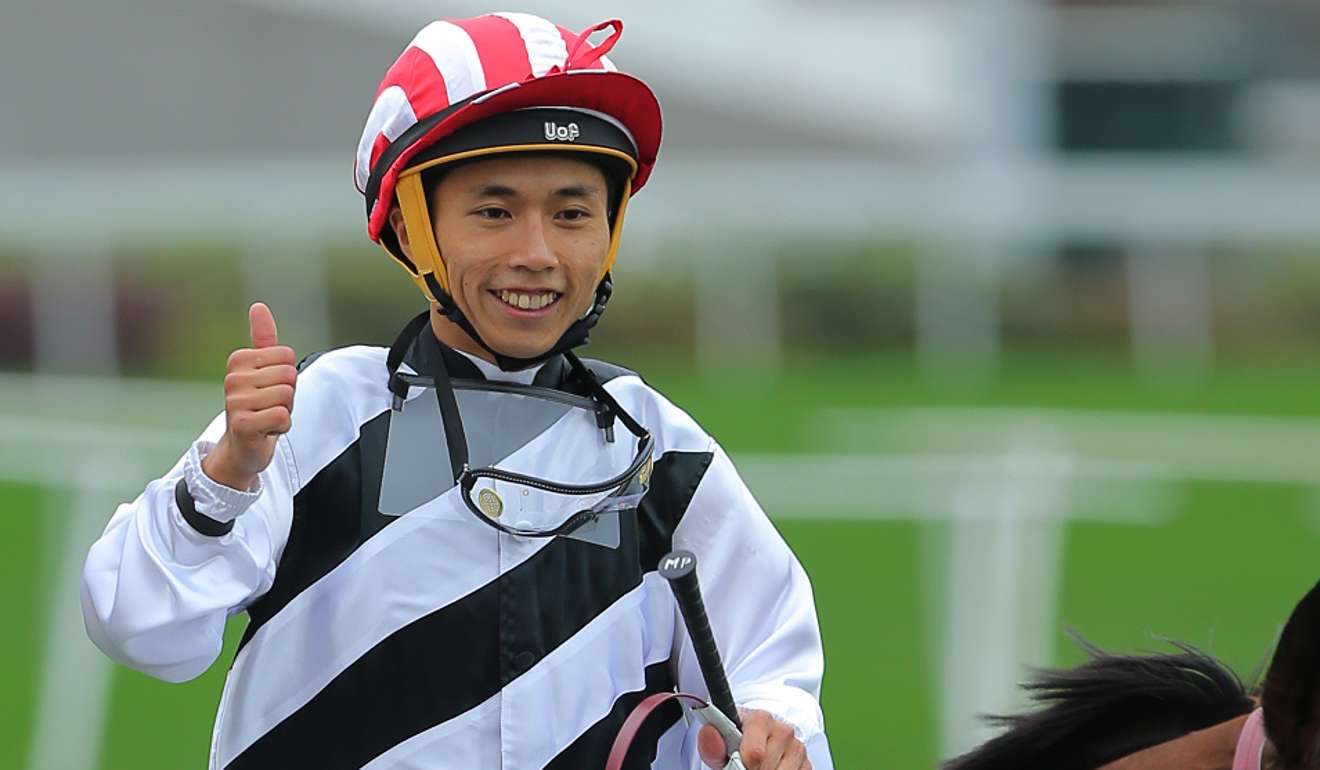 “He called me just before the race to wish me luck, and he is fine, he is just staying in for observation,” Hall said. “It could have ended up being a really good day for his first day, but he still had a winner so we will focus on the highlights.

“I think there will be a lot of interest in him. His first couple he looked a little bit anxious and nervous and maybe he was feeling the pressure a little bit. Now that he has the win I’m sure he is going to improve.”

Poon’s former boss, South Australian trainer Richard Jolly, was also on track and said the youngster will benefit from getting his first winner early.

“He has got the monkey off his back and I think that will really help him,” Jolly said. “That will help settle the nerves a bit, now he can get into a bit of a rhythm and not be too worried.”