Sam Clipperton cashes in on a sizeable new opportunity 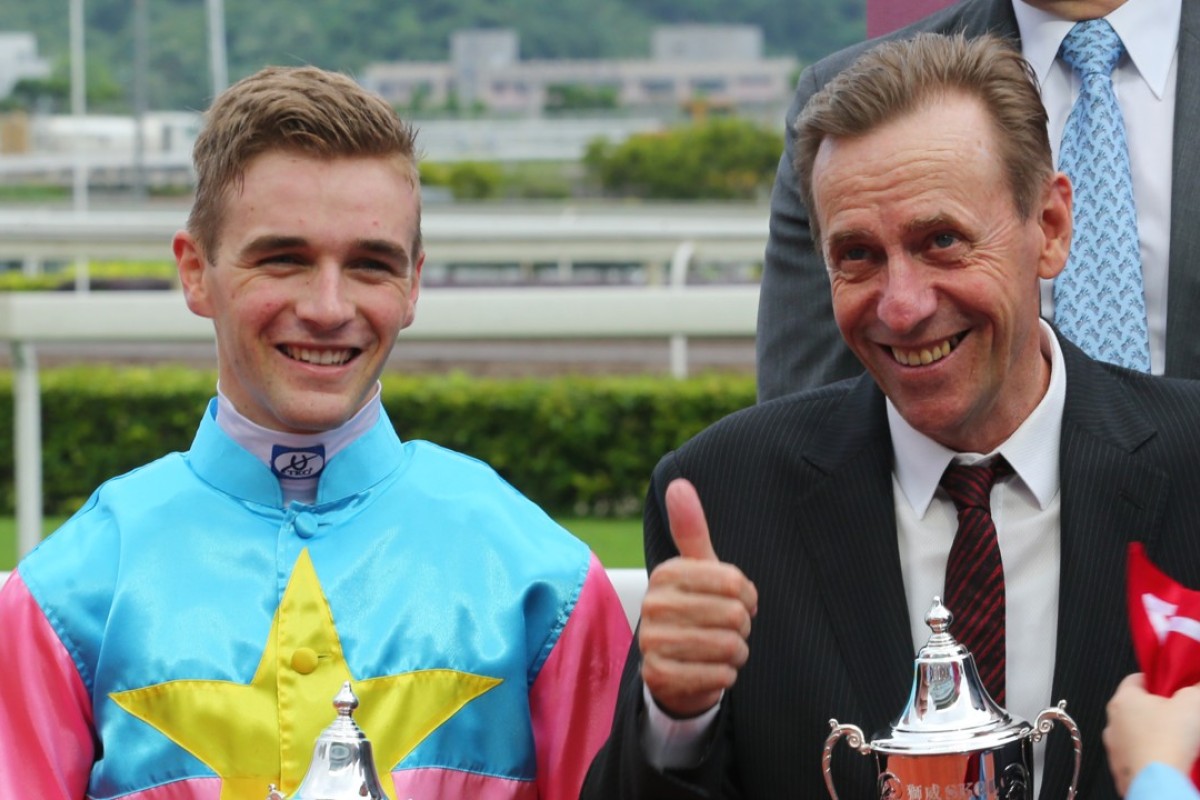 Sam Clipperton continues to spread his wings and notched an important milestone with a maiden win for leading trainer John Size on Sunday at Sha Tin.

Clipperton has had an outstanding rookie season with 34 wins, but 14 of those, more than 38 per cent, have been for John Moore.

With Tommy Berry almost certain to be joining Moore as retained stable jockey next season, Clipperton’s chances there will obviously be reduced, and he seems to be making a concerted effort to ride for more trainers.

The 23-year-old hit pay dirt early for Size, delivering a winner with just his second ride for the yard when Arm Runda scored a surprise result in the Skol Cup. 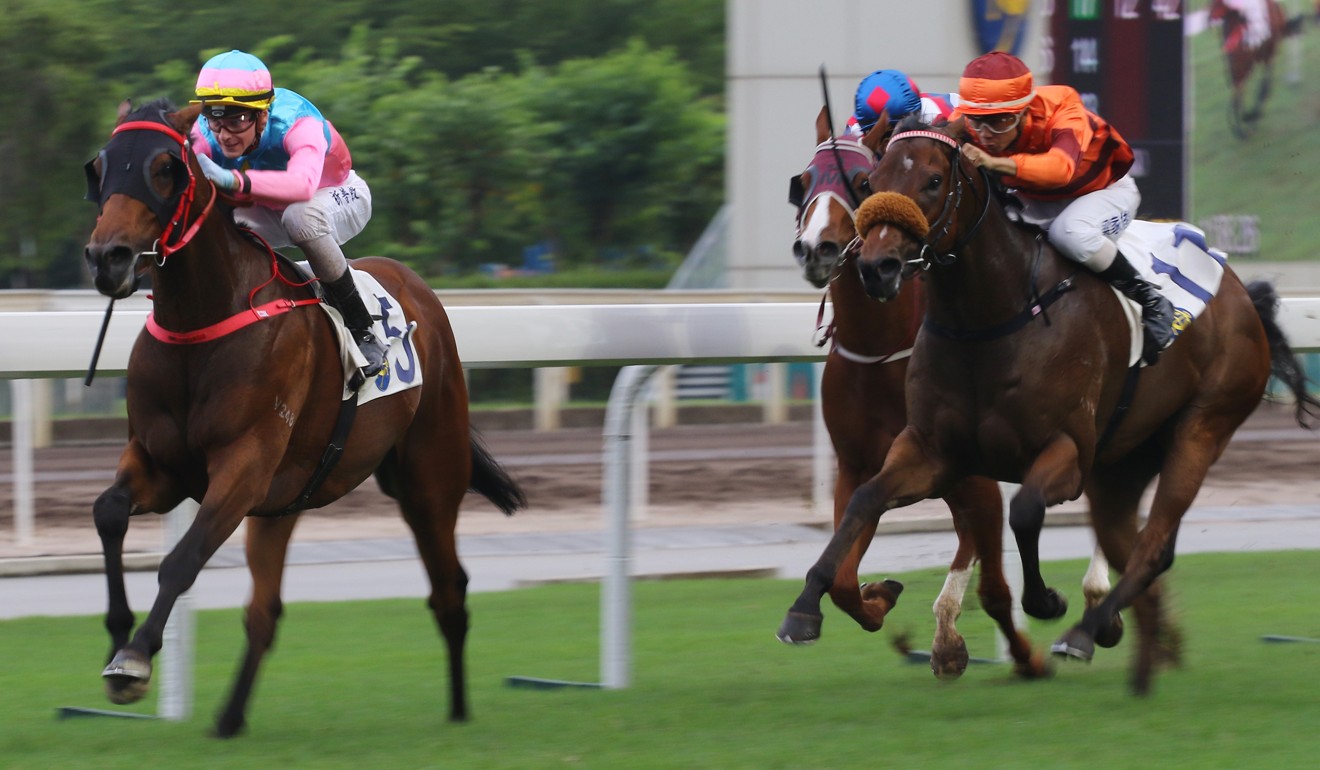 Even if opportunities had been scarce for Size, the Australian trainer has now rewarded Clipperton with the ride on Amazing Kids in the Group Three Sha Tin Vase on May 28.

In his classically understated style, Size noted that Clipperton “had done nothing wrong so far for me” and added that the well-mannered young rider had been on his radar for a while now.

“Sometimes the jockeys send me messages for rides, like I don’t know who they are or where they are riding,” Size said. “But I do know they are here and I know quite a bit about them. In this case the opportunities have been a while coming, but he was available and I was happy to give him a chance.”

It was a chance Clipperton took with both hands, bravely driving through a barely-there gap between tiring leader King Mortar and favourite Fantastic Eight late.

“It was a bit hairy,” admitted Clipperton, who had box-seated behind the pair in the run. “In normal circumstances, I would have waited, but he is a momentum horse, he was laying in but pushing in there spurred my horse on, once he got in there it was like a slingshot.”

After struggling to break his maiden, Arm Runda has now won four from six since a nose defeat at Happy Valley in November.

“At the start of his career he didn’t quite know what to do, he would put himself in a race but not put himself in a finish,” Size said. “But today he had to fight for the win, which is a big improvement for him. He hasn’t had to do that before.” 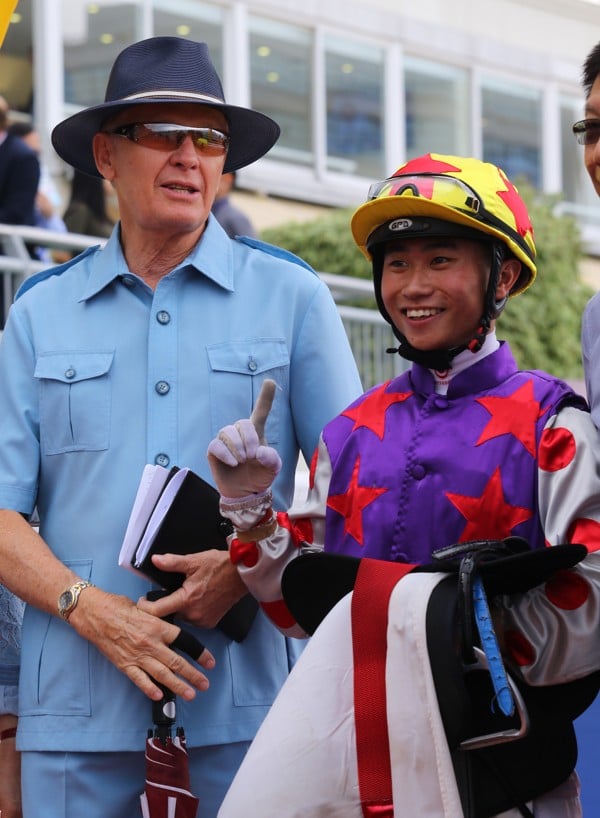 The jockey musical chairs seemed to match some of the random results on the track with Dylan Mo Hin-tung another to notch a first – the 10-pound claimer winning for Moore for the first time when Richcity Fortune made all in the Balsamine Handicap.

It took until the middle of March for Mo to ride his first winner but he now has 14 after a double on Sunday and Moore plans on using him more often.

“The 10 pounds off meant he had 106 pounds,” Moore said after Richcity Fortune was thumped in betting late to start 4.8. “The speed map just read like he was going to be able to dictate without being taken on and you can see that’s why the computer boys have smashed him in the betting, because they’ve got the speed map right.”