Cloud Computing causes an upset in the Preakness, but major players like Coolmore, Godolphin and the Queen all taste feature race success in England 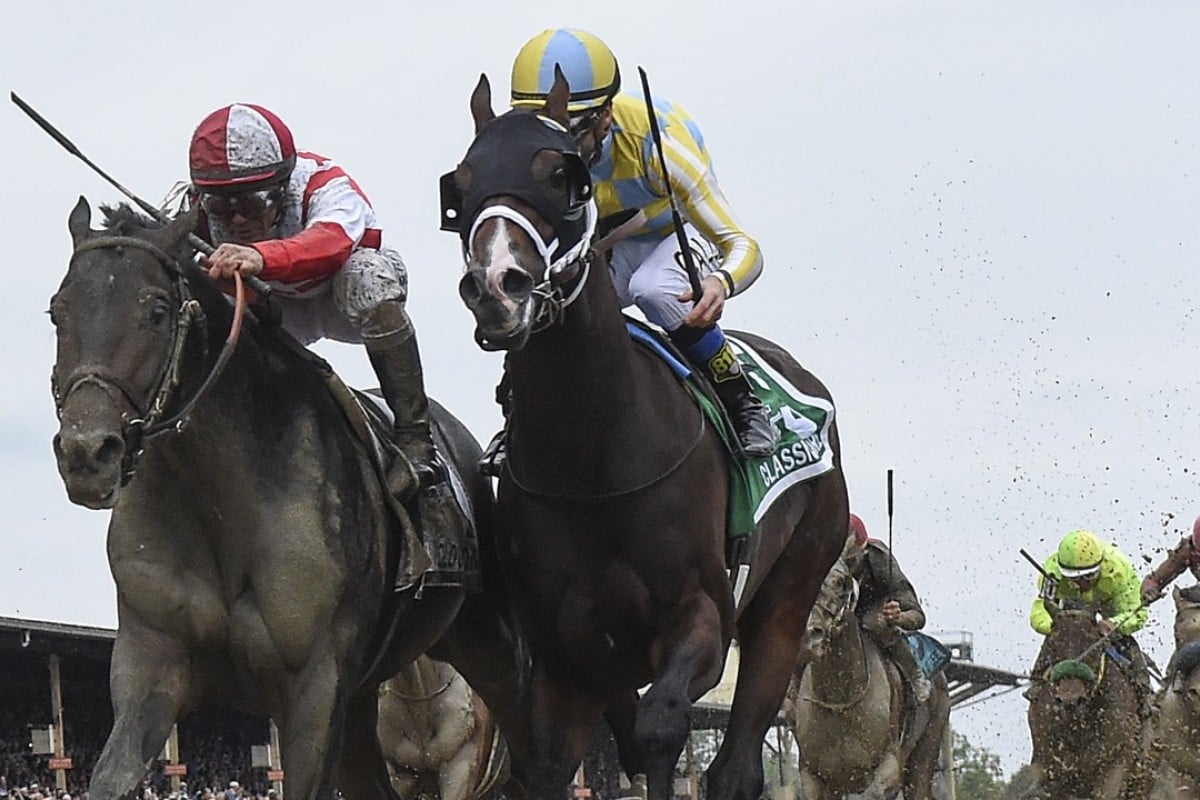 The American Triple Crown won’t be won this year after Cloud Computing caused an upset in the Preakness Stakes, with Kentucky Derby winner Always Dreaming dropping out and finishing eighth.

Cloud Computing, trained by Chad Brown and ridden by Javier Castellano, skipped the Derby and it paid dividends at Pimlico.

Always Dreaming was up the front again, as he was in the Kentucky Derby, but didn’t have the same energy this time, fading on the final turn while Cloud Computing proved too strong, running over the top of Classic Empire in front of a crowd of more than 140,000.

The final leg of the Triple Crown, the Belmont Stakes, will be held on June 10.

Cloud Computing comes from behind to win the #Preakness by a nose! pic.twitter.com/0pvGB0yxHt

Over in the UK, the major players continue to dominate the features with Godolphin taking out the Group One Lockinge Stakes with Ribchester on Saturday.

Meanwhile on Sunday, star Coolmore juvenile Caravaggio extended his unbeaten run to five with a stunning return in the Group Three Lackan Stakes at Naas.

Trainer Aidan O’Brien has described him as the quickest horse he’s ever had in the stable and, after a dominant four-and-three-quarter length victory, he’ll be heading towards the Commonwealth Cup at Royal Ascot.

Not a bad comeback, was it? Caravaggio - worth the wait at @NaasRacecourse yesterday... pic.twitter.com/obGVPzjj5y

The Queen's DARTMOUTH wins by a nose in an incredible finish to the Betway Yorkshire Cup pic.twitter.com/P7FLu6m3pM

Permian holds off Benbatl for a gritty victory in the Betfred Dante Stakes pic.twitter.com/7XfCiXPdn5

Speaking of big guns, champion racehorse Frankel enjoyed his biggest success as a stallion with Soul Stirring’s win in the Grade One Yushun Himba (Japanese Oaks) at Tokyo on Sunday.

It’s the first Classic winner for Frankel, who is starting to build an imposing record at stud, while Soul Stirring had also provided his first Grade One victory after saluting in the Hanshin Juvenile Fillies last season.

The Kazuo Fujisawa-trained three-year-old started a 2.4 favourite and justified the price with an easy win, settling just off the pace and then responding to the urgings of jockey Christophe Lemaire, beating Mozu Katchan and Admire Miyabi.

Hayes now hopes to get Vega Magic a slot in the A$10 million Everest at Randwick in October.

The other Group One in Australia over the weekend was the Doomben Cup, with the Kris Lees-trained Sense Of Occasion prevailing with Corey Brown in the saddle.

That's how you rise to the Occasion! Sense of Occasion drives down the outside for Corey Brown to win the Doomben Cup for @leesracing. pic.twitter.com/tRBXfenAvH

And in this week’s edition of things you don’t want to see on a racecourse, here are two doozies.

Firstly, an example of how not to ride out a race, courtesy of Oisin Murphy.

And finally, if you’re going to have a fall, try not to get into this position. Amazingly, no serious damage done to anyone concerned.

Both horse and jockey walked away from this unhurt. What a picture. pic.twitter.com/YfMmiRFY6p