The Vase is already down to 12 runners and the top trainer admits ‘the jury is out’ with his two entrants for the 2,400m Group One 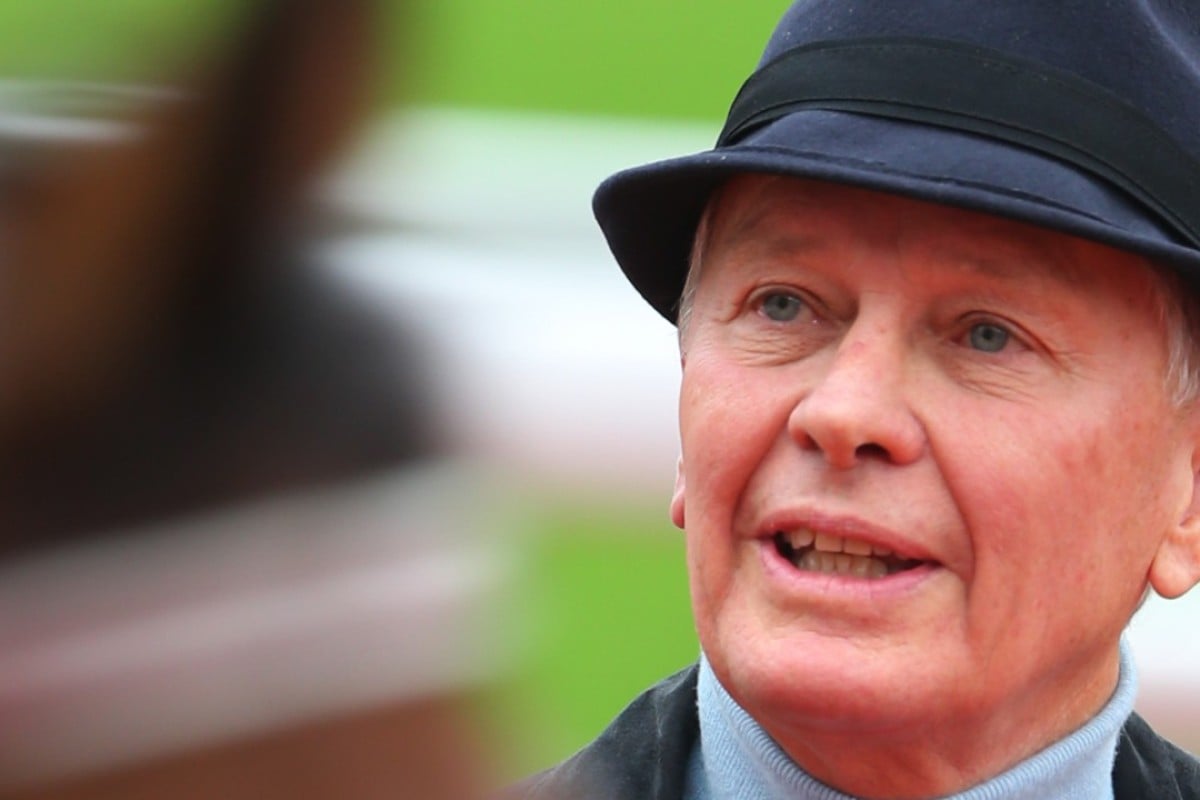 The Group One Longines Hong Kong Vase lost two visitors on Tuesday when Irish-trained entrants Idaho and Eziyra were withdrawn while John Moore is facing an uphill battle to have Helene Charisma and Eagle Way ready for the HK$18 million feature.

Coolmore opted against bringing Idaho to Sha Tin after an impressive fifth in Sunday’s Japan Cup while Dermot Weld was reportedly unhappy with Eziyra’s final work before the filly was due to depart.

That leaves the Vase with 12 runners and some doubts over Moore’s two stayers, with both struggling ahead of their main target on December 10.

Helene Charisma trialled in blinkers at Sha Tin on Tuesday morning after a series of poor runs while Eagle Way completed a crucial gallop after a respiratory infection forced him to miss a key lead-up start two weekends ago. 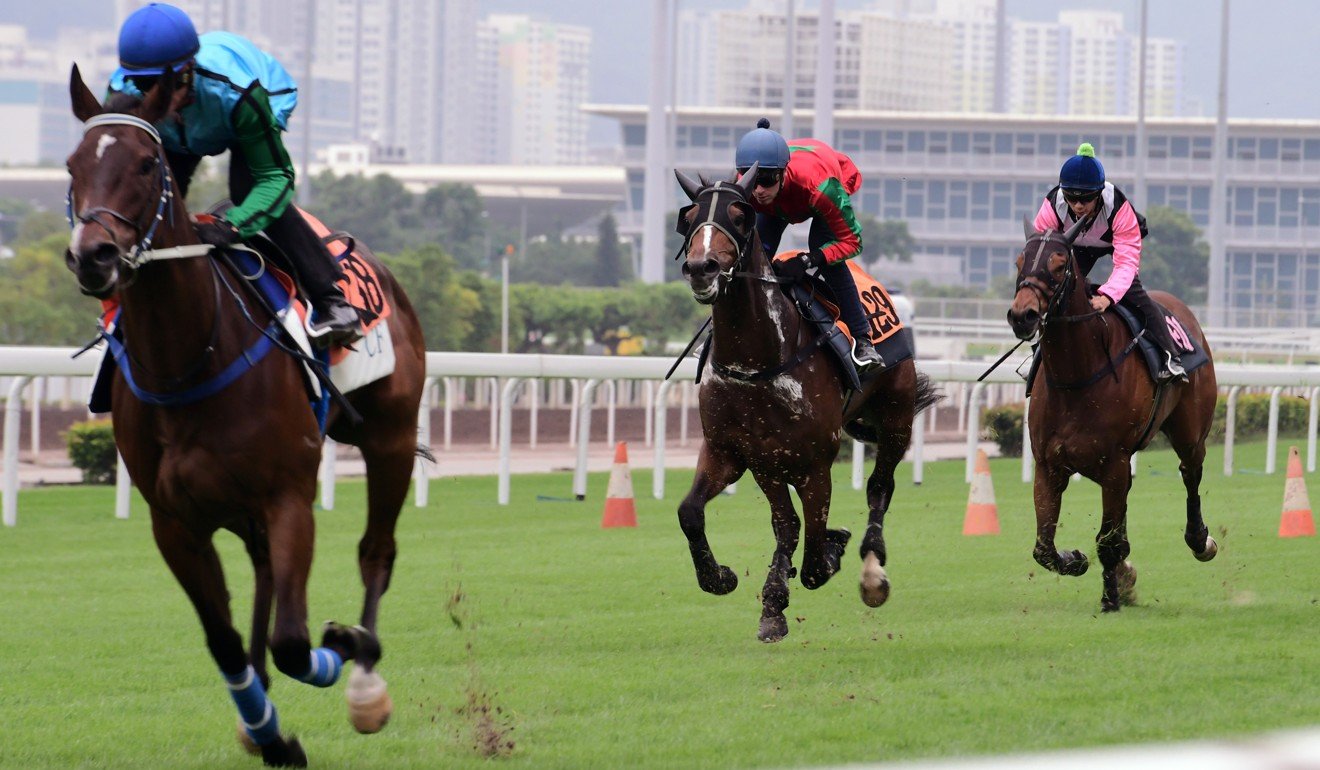 If Helene Charisma and Eagle Way don’t line up in the Vase, it would leave Gold Mount as the lone local representative, but even if Moore’s runners make it to the race the trainer didn’t deny that both could be below their best.

“The jury is out,” Moore said of Helene Charisma. “Of course there is a query with [Eagle Way], we’ve had a setback which has interrupted his preparation and there has to be some doubt about him running up to his full potential.”

Helene Charisma was second in a 1,600m turf trial with Sam Clipperton aboard but still wandered off his line when under pressure late, a habit that has seen the stallion throw races away in the past.

“His performances have been well below par compared to last season so we tried the blinkers and hoped that it might get him more focused for the Vase,” Moore said.

Eagle Way worked three-quarter pace through 1,200m for Tommy Berry and will trial over 1,200m on the dirt on Friday at Sha Tin.

“Tommy was happy with the work, and the vets were happy with how he pulled up,” Moore said. “It took time to get him right, he was on some antibiotics and had some time off but now it seems he has got over the symptoms.” 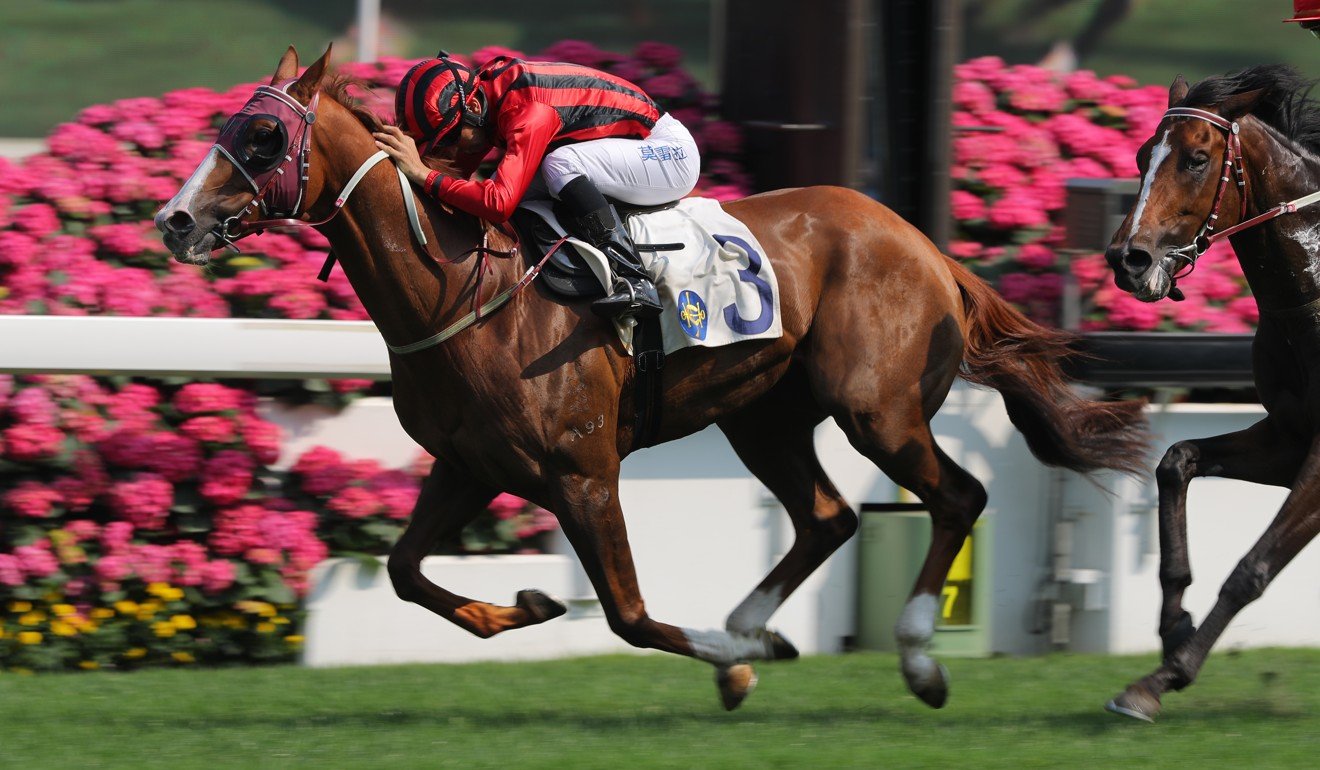 Moore’s Hong Kong Mile-bound Joyful Trinity was also disappointing in the 1,600m trial after a last start flop and Moore said an endoscopic examination failed to reveal any abnormalities.

The Mile has already suffered one withdrawal with Champions Day Sprinter winner Librisa Breeze coming out last week and replaced by the John Size-trained Western Express.

Moore was still upbeat about his team heading towards Hong Kong’s biggest race day, with Helene Paragon (Mile) and Not Listenin’tome (Sprint) set to trial on Friday.

“Werther won’t trial again ahead of the Hong Kong Cup and will work [on Wednesday], he is as fit as I want him to be and I’m very confident about his chances. Beauty Generation will also work in the morning,” he said.

Meanwhile, jockey Alvin Ng Ka-chun was cleared to ride at Happy Valley on Wednesday night after a barrier trial fall on Tuesday morning and Douglas Whyte has been given permission to ride Life Less Ordinary in the Group One Kingston Town Classic in Perth on Saturday, December 9.