‘Once he gets into a fight, he almost always prevails’: What the jockeys said in the Hong Kong Vase 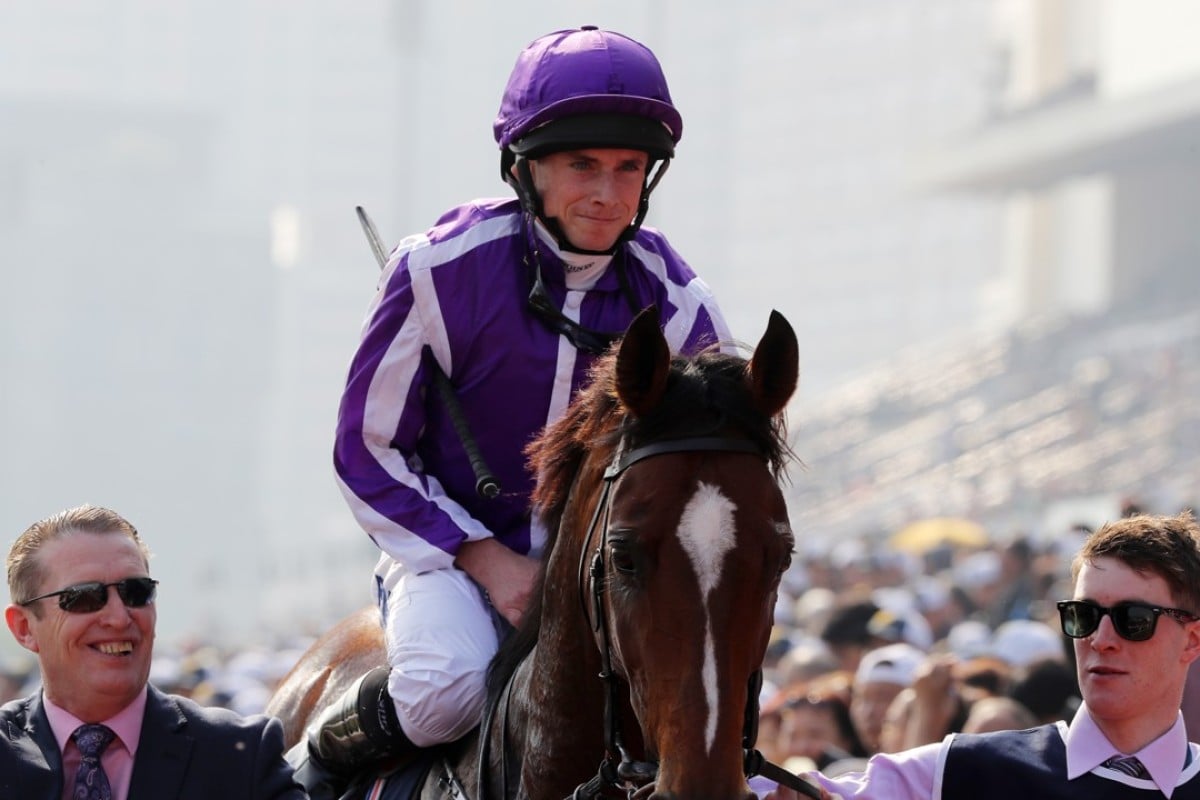 “I was always happy and always confident. He’s the sort of horse once he gets into a fight, he’s almost always going to prevail. He dug in over the last furlong and I thought he was comfortable and going away at the finish. He’s a very good horse, his record shows that. He’s been a delight to be part of.”

“I was in an ideal position all the way, where I wanted to be and close enough to Highland Reel. I waited as long as I could as he only has a short run but I couldn’t get by him [Highland Reel]. He’s run a great race.”

“Fantastic run. Had everything perfect during the race. He came up as we turned for home to give them a challenge but they are just too good for him. He ran a fantastic third.”

“He was a little twitchy in the gate and missed the break a little and I was further back than I would have wanted to be. He ran on really well and that was a career best effort.”

“He ran really well. I was in a lovely spot but the pace was probably a bit sedate for him.”

“From the bad draw we had to settle further back than was ideal. Under the circumstances she ran a good race.”

“He came into it very well around the corner but the internationals were better than us and he felt the effects of the setback in his training.”

“He started slowly which was not a big problem but the pace was a bit slow so I wanted to be in a more forward position around the final turn. He didn’t fight in the straight. I was very disappointed.”

“He’s proven he’s a Group Three horse at home. I tucked him in behind Group One horses today and he was found wanting.”

“He started OK but he was never travelling very well. There was no power from before the 800 and he didn’t run his race. Disappointing.”