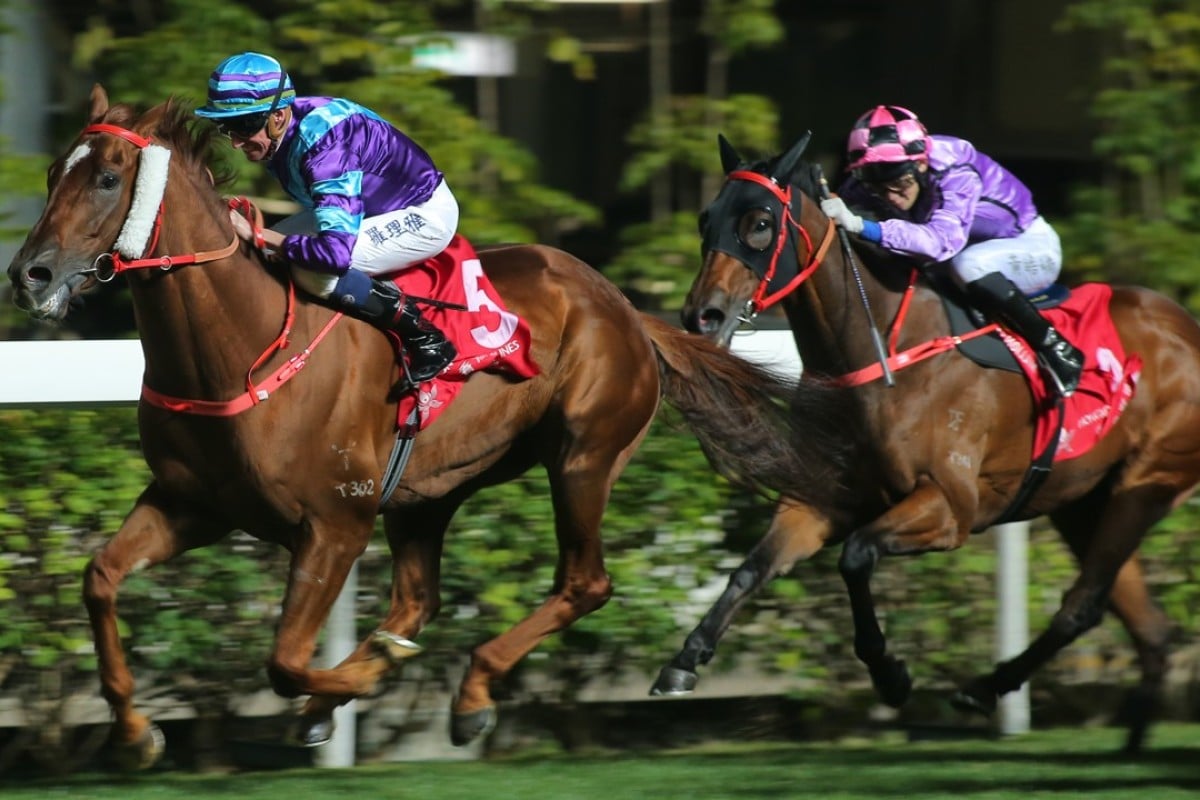 Trainer Danny Shum Chap-shing produced a tactical masterstroke to win with Charity Glory at Happy Valley on Wednesday night and send him to the top of the Hong Kong Airlines Million Challenge with the finish line in sight.

Charity Glory has spent most of his 34-start career getting back in the field and running on late, but Shum sent Nash Rawiller out with a mission to put the six-year-old on the pace. The gelding got there comfortably to sit outside the leader before doubling his win tally and bringing home the second leg of a double for his jockey.

The Million Challenge, which has run since September for horses in Class Three or higher, concludes in two weeks and the 15 points Charity Glory collected took him to top of the standings with 49 points and at an opportune time.

“And he will run again, too. I’m sure the other contenders will run again as well so it won’t be easy but we will try our best to make sure he wins the Million Challenge,” Shum said. “This horse just loves racing at the Valley. I think he has become more relaxed now and more versatile as a result. With no pace in this race tonight, he had to be closer to the lead.”

With the Million Challenge denouement drawing near, last year’s winner Packing Dragon (Matthew Poon Ming-fai) reminded us that he is still going strong, leading throughout in the 1,800m Class Two to scramble home after a nice ride from the apprentice.

“Matthew handled the horse just right and his ride was the difference in a very close finish,” said trainer Ricky Yiu Poon-fai, who also won with Sharpmind (Umberto Rispoli).

“Packing Dragon is entered for the Macau Hong Kong Trophy in Macau and will run. This distance has probably been his best but he has also won over 1,650m and, with his racing style up the front, I am confident he can come back to 1,500m for the race at Taipa.”

Richard Gibson won the night’s trophy event when Dylan Mo Hin-tung brought Navas from last to arrive in the final stride and the trainer was quick to reference what he sees as one of the benefits when the Conghua Training Centre opens later this year.

“He hasn’t been easy to train and this is the type of horse who would really benefit when we have Conghua,” he said of the five-year-old. “He’d be able to get some paddock rest to help his mind as well as his body.”

Gibson said that drawing gate 12 had not been in the plan when he set Navas for Wednesday night’s race but all’s well that ends well.

“We targeted the dirt race last time and this one, dropping back down to Class Four, so it was disappointing when we got the outside gate,” he said. “But he’s got the results we wanted.”

Rawiller’s double opened with Class Five victor Fine With Me for Francis Lui Kin-wai, who said the gelding has never really grown up.

Fine With Me and @nashhot just get up to win the opener at #HappyWednesdayHK pic.twitter.com/3DZgfAn86J

“He is very slow maturing. He started racing as a two-year-old and had some interruptions but is five now and still a baby mentally,” Lui said. “Maybe he won’t ever fully mature.”

Lui had a double when High Volatility (Zac Purton) led throughout later in the meeting and Karis Teetan also brought home a pair with Happy Rocky and Let’s Take It Easy.

The night wasn’t all good for Rawiller though, hit with a two-meeting suspension and a HK$15,000 fine for his ride aboard Numero Uno, while Alexis Badel was also outed for two days and copped a HK$27,500 fine for his effort on Travel Datuk in the same race. 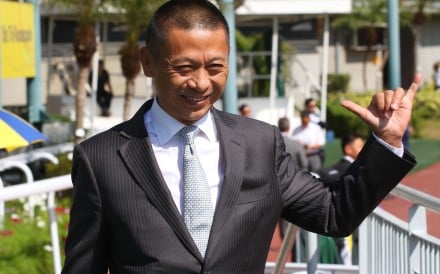 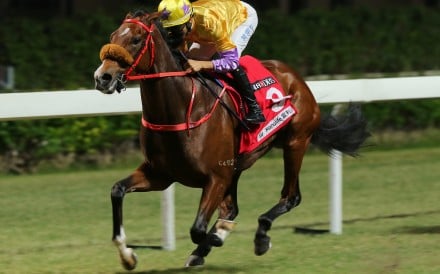 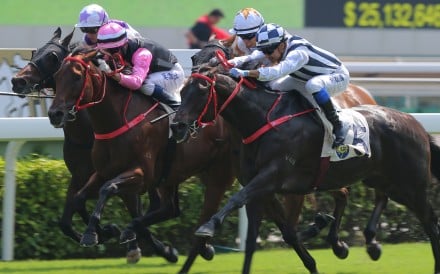