The owner decides against heading to Meydan for the Al Quoz Sprint, but the trainer keeps his good form going at Happy Valley 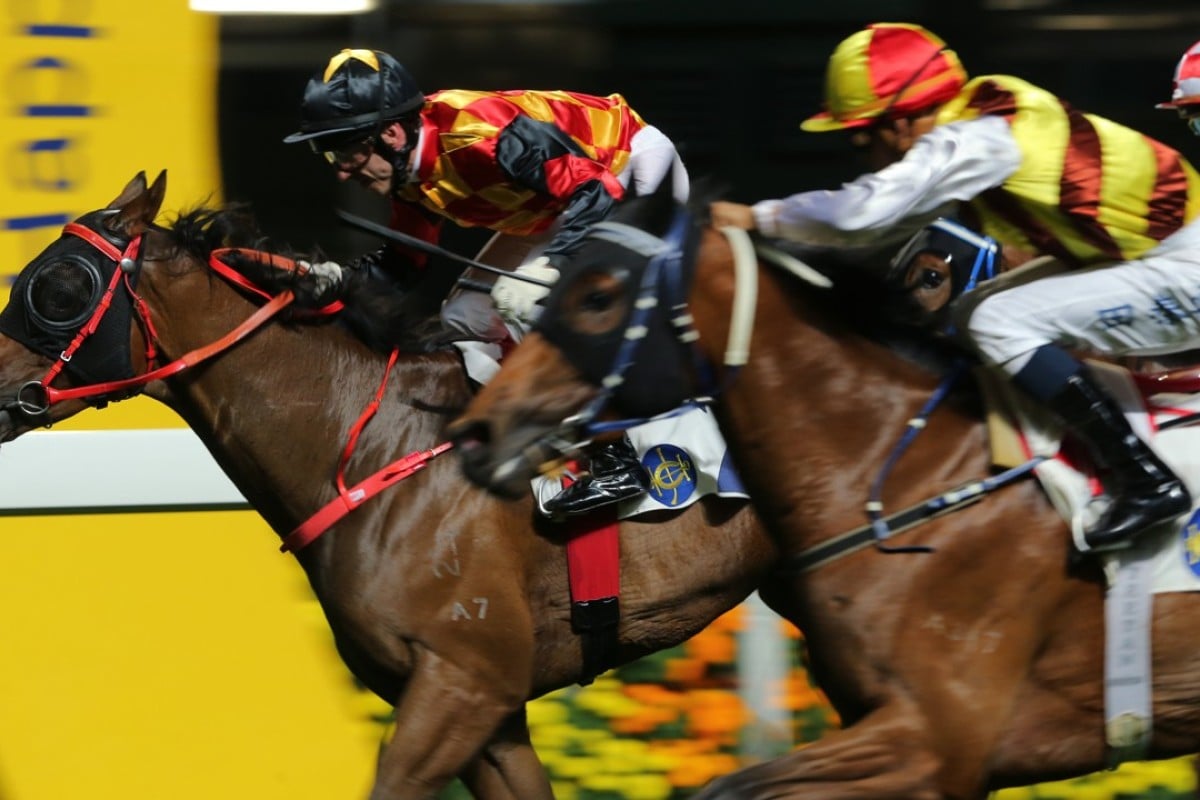 Champion trainer John Size’s assault team for the Dubai World Cup meeting is back to just one after the owner of Amazing Kids preferred to bypass another tilt at the Al Quoz Sprint.

Last year, Amazing Kids’ run in the Al Quoz was foiled by a freak rainstorm that affected the surface of the desert track.

Speculation had been strong after Amazing Kids’ win at Sha Tin last Sunday that the timing was right and he would return to Meydan to accompany his Golden Shaheen-bound stablemate D B Pin later this month.

“But his owner said he didn’t want to go, so we’ll stay home and have a crack at the usual Group races, the Sprint Cup and Chairman’s Sprint Prize,” said Size as he produced what seems his regulation winning double at Happy Valley on Wednesday night.

Size’s brilliant combination with Olivier Doleuze this season continued, with Bond Elegance bringing up the Frenchman’s seventh win from his last 26 mounts for Size and he will be the pilot for D B Pin in Dubai.

Bond Elegance breaks through with his first win from 13 starts this season, landing the fifth race for @ODoleuze and leading trainer John Size #HappyWednesdayHK pic.twitter.com/aFKItv1hUv

“Olivier is getting the job done and he’s really riding like a hungry jockey at the moment – there is something to be said for putting on a jockey who is really keen to win,” Size said.

Brett Prebble now has three wins from his past 15 starts for Size and looked just as hungry on Money Boy at long odds in the seventh.

Prebble seems to have the key to Money Boy, whose record reads three wins and 13 minor placings from 27 starts, and the Australian jockey has been on him for his last two wins.

On Wednesday night, Prebble could be seen bringing Money Boy down the outside of the course with a withering burst from the rear that he seemed to save until as late as possible.

“It wasn’t so much that I was saving him, I just wanted to get right to the outside,” Prebble said. “John felt sure there was a fast lane out there and, with gate 11, the opportunity was there for us to use it. So I was careful to let him find his feet then get him out there with no interference and into clear room then just hang on and whoosh. I think he was right about the fast lane.”

Size said he felt the damp conditions might have helped both horses, who are better known for their honesty than any overwhelming superiority.

“They both try their best, don’t run many bad races and when an opportunity turns up to win a race, they can win. That’s what happened tonight and the rain taking the speed out of the track might have helped them too,” he said.

Dennis Yip Chor-hong also landed a winning double with Zac Purton squeezing Treasure And Gold through a narrow gap to snatch the first race but the top rider missed out when his regular mount Generous Heart (Umberto Rispoli) took out the Police Cup.

“I did ask Zac if he wanted to ride the horse tonight but I was not early enough and he was already booked for Great Profit,” Yip explained.

Generous Heart and @umbyrispoli were not for catching in the Police Cup, tonight's trophy race at #HappyWednesdayHK pic.twitter.com/7qFkEuK9yR

Generous Heart had been tried and beaten several times at 1,650m lately but returned to the only distance over which he had won and scored with some authority at the 1,200m.

“I don’t think the distance was the problem, it was the opposition. The 1,650m races have been quite strong lately but you look at this race tonight, it was weak for a Class Three and that was the difference,” Yip said.

Karis Teetan was the only jockey to earn the wrath of stewards, copping a two-meeting suspension and a HK$90,000 fine for his ride aboard Raichu in the first race.