Dennis Yip’s rising star has won three from three so far and even though carrying top weight in Class Three is his biggest challenge yet, the three-year-old looks up to it 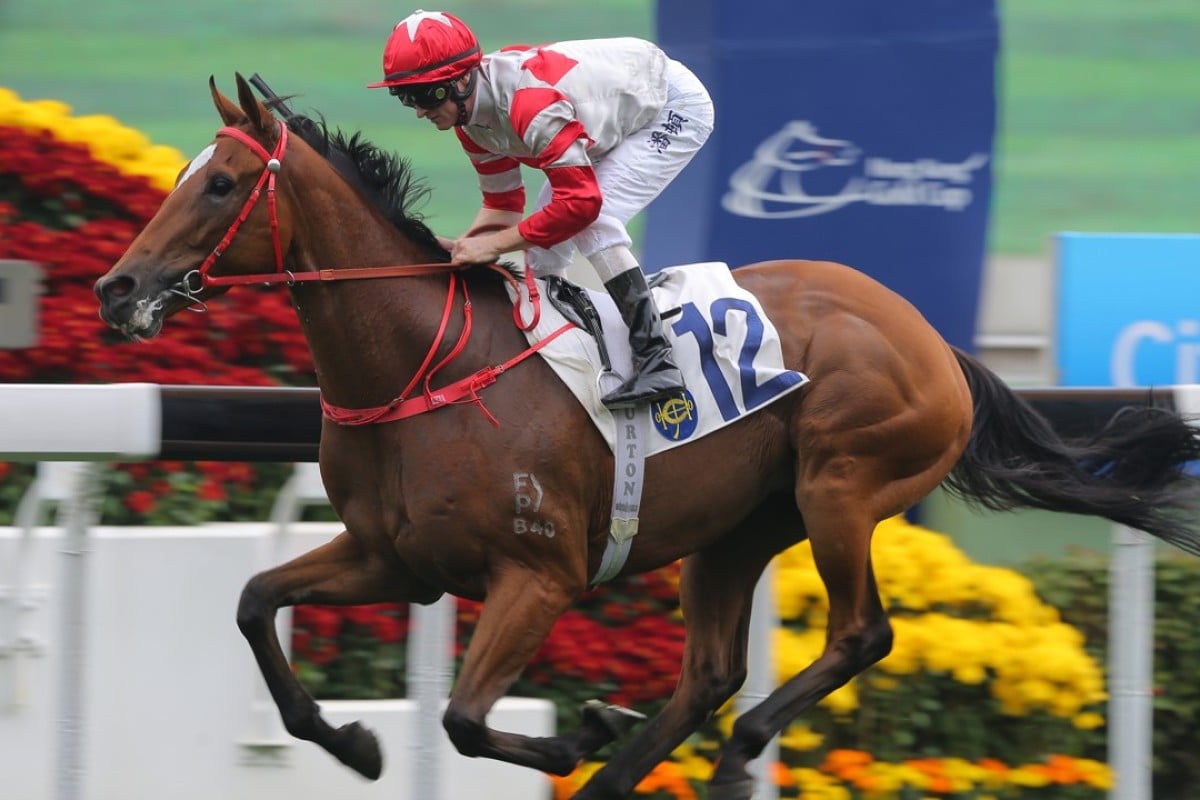 Zac Purton returns from suspension on Sunday at Sha Tin with his sights set on Joao Moreira in the jockeys’ championship and unbeaten three-year-old Lean Perfection gives him a great chance of success.

Moreira has won the last three championships by wide margins but this season has seen Purton edge closer through the first two thirds of the term.

The Australian is 10 wins behind his Brazilian rival with 28 meetings remaining and Lean Perfection should help close the gap in the Class Three Beijing Clubhouse Anniversary Cup (1,200m).

Lean Perfection will have to cope with a 13-point ratings hike for his four-and-three-quarter length romp last time out.

Three-year-olds carrying top weight against older horses are always a risk but the style in which Lean Perfection sauntered away last start indicates he should handle this field.

The strong tempo in the early and middle stages did help Lean Perfection’s last start, firstly in stringing the field out and allowing Purton to find a one-off spot, and then giving him a chance to go past tiring horses at the finish. 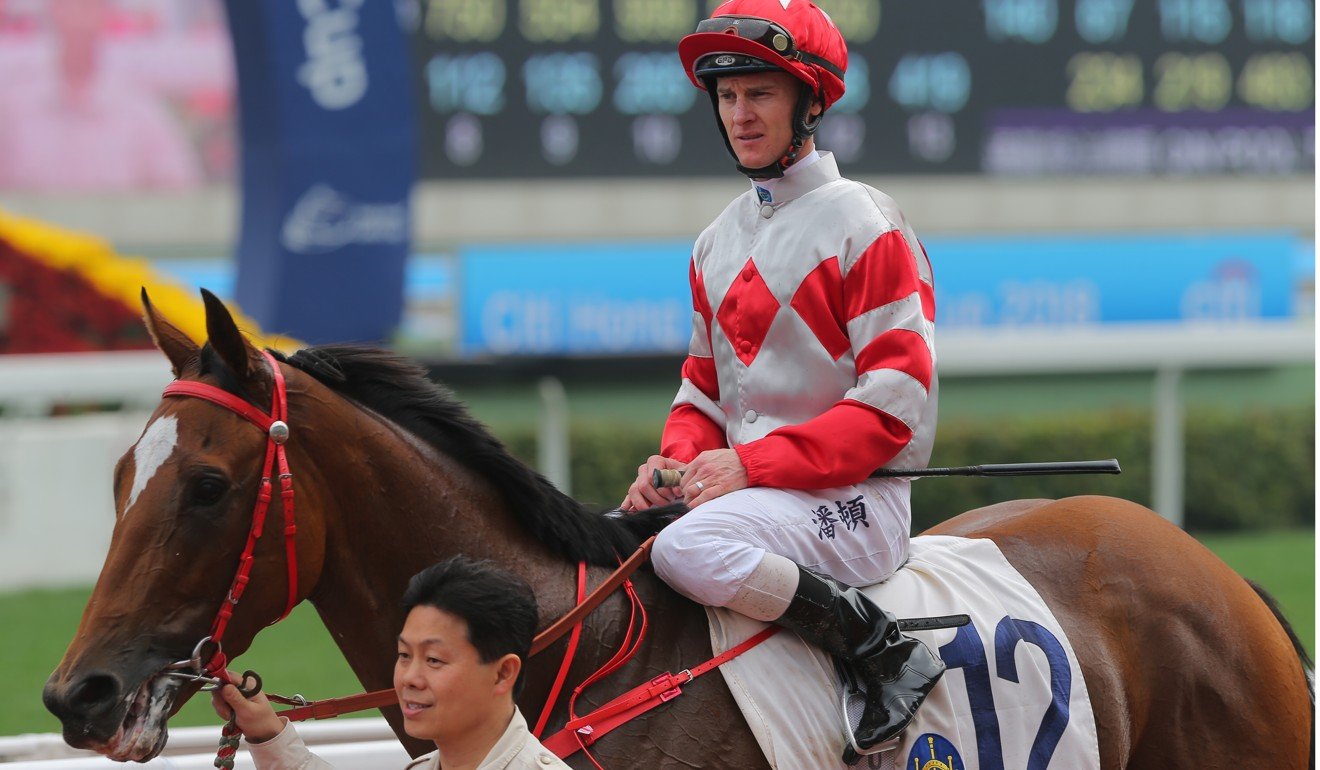 This time a better draw, five, should allow Purton to slide up a spot or two closer in the run on the C course in a race that doesn’t contain as much speed.

Lean Perfection’s trainer Dennis Yip Chor-hong has been a long-time supporter of Purton but this season the pair have taken their strike rate together to a new high.

The two also combine with Crown Avenue in the Class Four Jianguomen Handicap (1,650m), where a better draw should help.

The 1,800m dirt course might be Crown Avenue’s best trip, with the five-year-old having won two-from-two last season before a closing third last time out.

From gate 12, Purton had little choice but to snag back to last on that occasion and Crown Avenue’s final 400m sectional of 23.25 seconds was identical to that of the impressive winner, Remarkable.

When Crown Avenue won previously at the course and distance, low draws allowed him to be placed midfield or even better.

From barrier six, Purton should be closer on a track that favoured on-pace runners last time it was used.

Purton needs to take whatever chances he can in his battle with Moreira, who has a strong book of rides of his own. 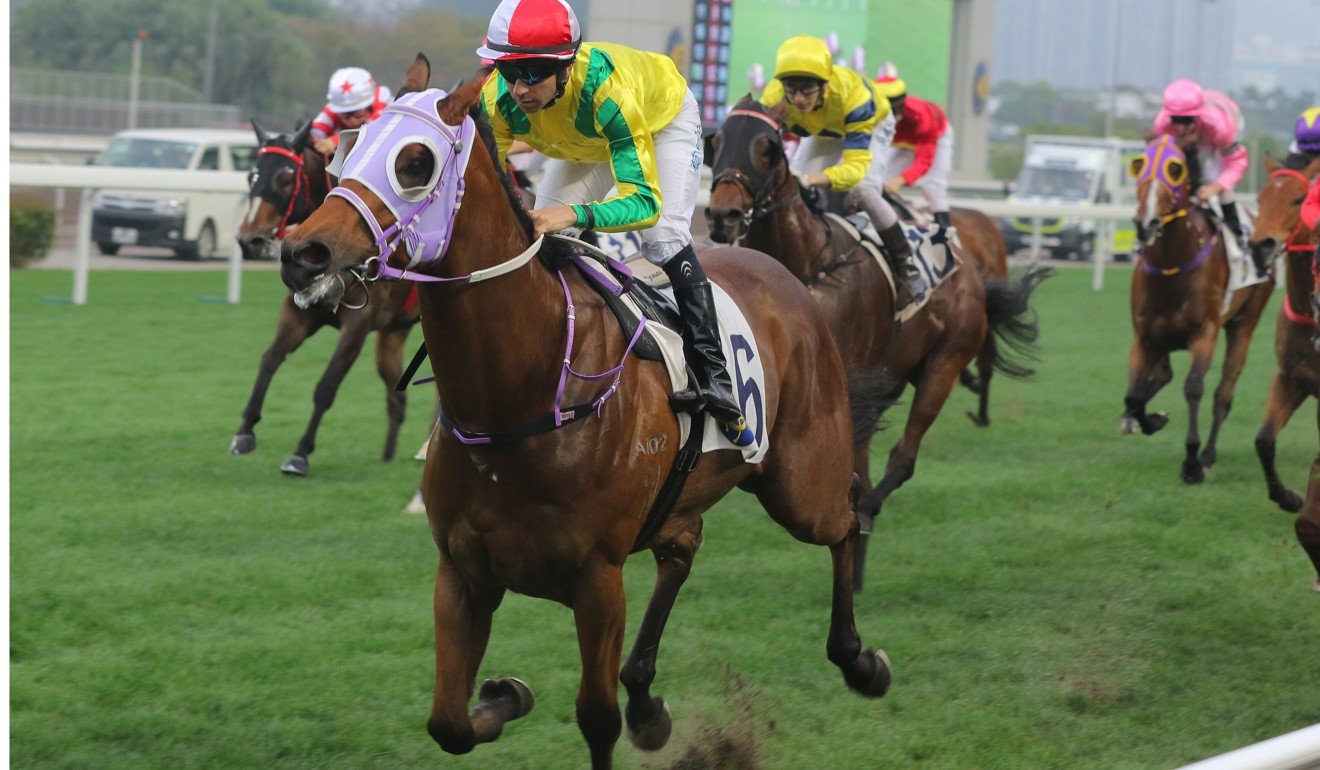 Of Moreira’s rides on the undercard, Chris So Wai-yin’s big sprinter Bravo Watchman might be the best in the Class Two Jinbao Street Handicap (1,000m).

Bravo Watchman has won all three of his starts up the straight including a last start victory in which he went head-to-head in a duel with Mr Lumieres.

So’s four-year-old seemed bound for Class Two or above in a hurry last season when he won his first three starts.

Three straight defeats and a setback saw Bravo Watchman lose some of his lustre but the dominant last start display should see him well found in markets on Sunday.

With the inside rail in the C position the outside rail moves back to the true position and barrier 12 gives Bravo Watchman an advantage.

Moreira opens the day with another advantageous draw on the straight track with Superich in the Class Four Chaoyangmen Handicap (1,000m).

Frankie Lor Fu-chuen’s three-year-old still has plenty to learn but his two trials up the straight have been impressive. 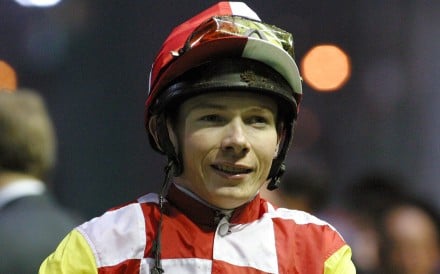