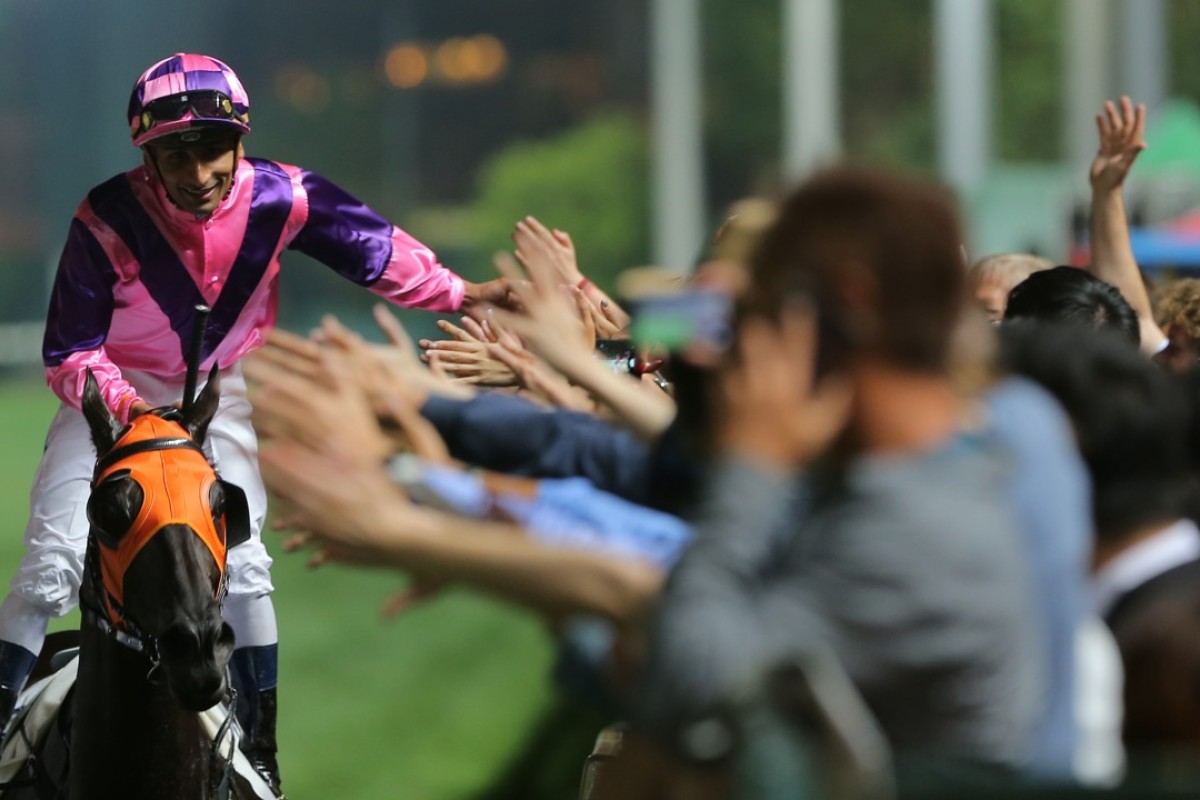 The Mauritian Magician Karis Teetan shrugged off a rare drought to bank a winning treble at Happy Valley on a night that required some finesse on a tricky surface.

Teetan had a double at the same track on February 7 but had logged just one victory since, with Amazing Satchmo a month ago, before Electric Lightning, Pretty Bauhinia and Breeders’ Star all arrived to give him the night’s riding honours.

The Valley track looked to be giving a fair bit of help to horses nearer the speed so Teetan did a good job to win from behind midfield on Pretty Bauhinia as the second half of a double for Me Tsui Yu-sak, but things were more straightforward on his winning pair for David Ferraris.

“I thought Electric Lightning was quite a decent horse in his early days but he lost his way,” said Ferraris after the four-year-old scored on his first look at the Happy Valley course.

Electric Lightning won his first race in his first try at our city track and @KarisTeetan was aboard for trainer David Ferraris #HappyWednesdayHK pic.twitter.com/q71jf25rlg

“He hadn’t so much as trialled here but sometimes you bring them here to trial the first time and they go really well then don’t do it the second time when they’re in a race. I was never really concerned that he might not handle it because he’s a lovely quiet horse. He’s deserved that win because he’s been trying hard without a lot of luck at Sha Tin.”

Breeders’ Star was a handful before the race, as usual, with his bad pre-race moods simply his habit these days after Ferraris had held out hopes a season or two ago, when the gelding was a three-year-old, that he might mature out of it.

“I don’t know how good he might have been if he would just relax. He drew an inside gate tonight for a change, so I was quite confident he could win if he did everything right,” Ferraris said. Teetan wasn’t the only one bouncing back into form, with Brett Prebble scoring a double off smart front-running rides on Contribution and Star Majestic, while John Moore’s win with Bingo (Joao Moreira) was only his second at the Valley this season.

Prebble made sure to find the lead with the Tony Cruz-trained Contribution in the second, a style he had won with last season, and did run them along for the first half of the race.

“He gave them something to chase early, maybe even a little bit faster than I wanted, but he got a good breather in the middle of the race and I was able to slip away,” Prebble said. “He was on tired legs the last bit but the job was done.”

Contribution led through strong sectionals under @blprebble and was not for catching in tonight's second #HappyWednesdayHK pic.twitter.com/07H3JjjNCW

While Contribution was well anticipated, Star Majestic’s eighth race win and his seventh over the Valley 1,650m was not. Coming off some lacklustre Sha Tin efforts, Majestic Star was a 55-1 chance but favoured by a clever ride that took advantage of a very slow early speed.

“He’s very honest, he always just needs something to go right for him and tonight it was the pace,” Prebble said after his third win from five rides on the gelding.

“It was a tricky-run race but he does have some tactical speed so I put him in the first two when it was very sedate. I actually got going on him earlier than I normally would but he hadn’t used any energy and I know he runs a strong 1,800m so he was going to be hard to run down if we got any sort of a break on the field.”

Star Majestic was an ignored 54-1 winner of the seventh of the night at #HappyWednesdayHK and gave @blprebble his second. pic.twitter.com/trXEdkhIxR

Matthew Poon was the only jockey to earn the wrath of stewards, the apprentice copping a three-meeting ban and HK$25,000 fine for his ride on Winning Faith.