The reigning Horse of the Year is in sensational form, but runners from Japan, Australia, Britain and France will take him on in the HK$25 million Group One 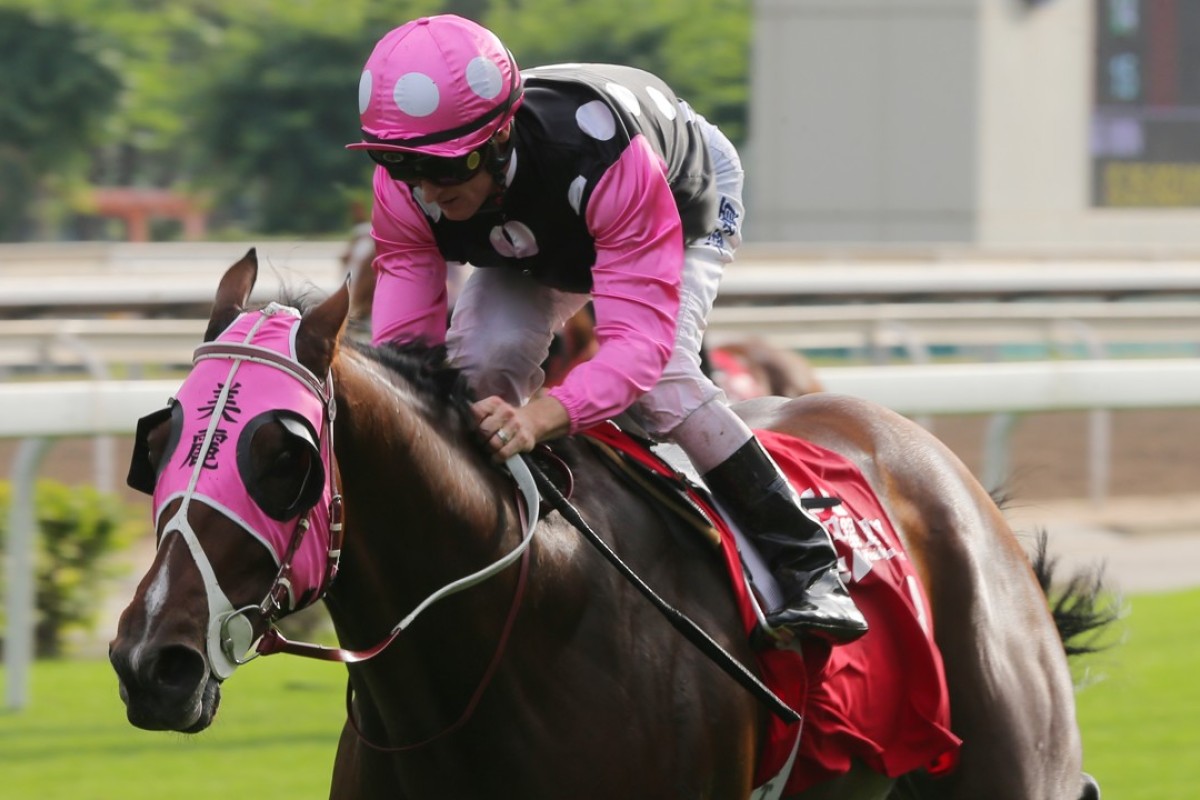 Beauty Generation has already shown he has the locals covered, but he will have to contend with seven internationals – including five Group One winners – as he looks to defend his Longines Hong Kong Mile title.

John Moore’s superstar – the reigning Hong Kong Horse of the Year – has gone to another level this season and he looks to have a mortgage on the HK$25 million feature after his track-record setting domination in Sunday’s Group Two Jockey Club Mile.

While Hong Kong-trained horses have won 11 of the past 12 contests, a trio of Japanese hopefuls look to be Beauty Generation’s biggest challengers – Persian Knight, Mozu Ascot and Vivlos – all of them winners at the top level.

The first two ran in the Mile Championship on Sunday at Kyoto, Persian Knight was a head away from defending his title when coming second to Stelvio while Mozu Ascot, who won the Yasuda Kinen in June and jumped as favourite, was not at his best and finished 13th. 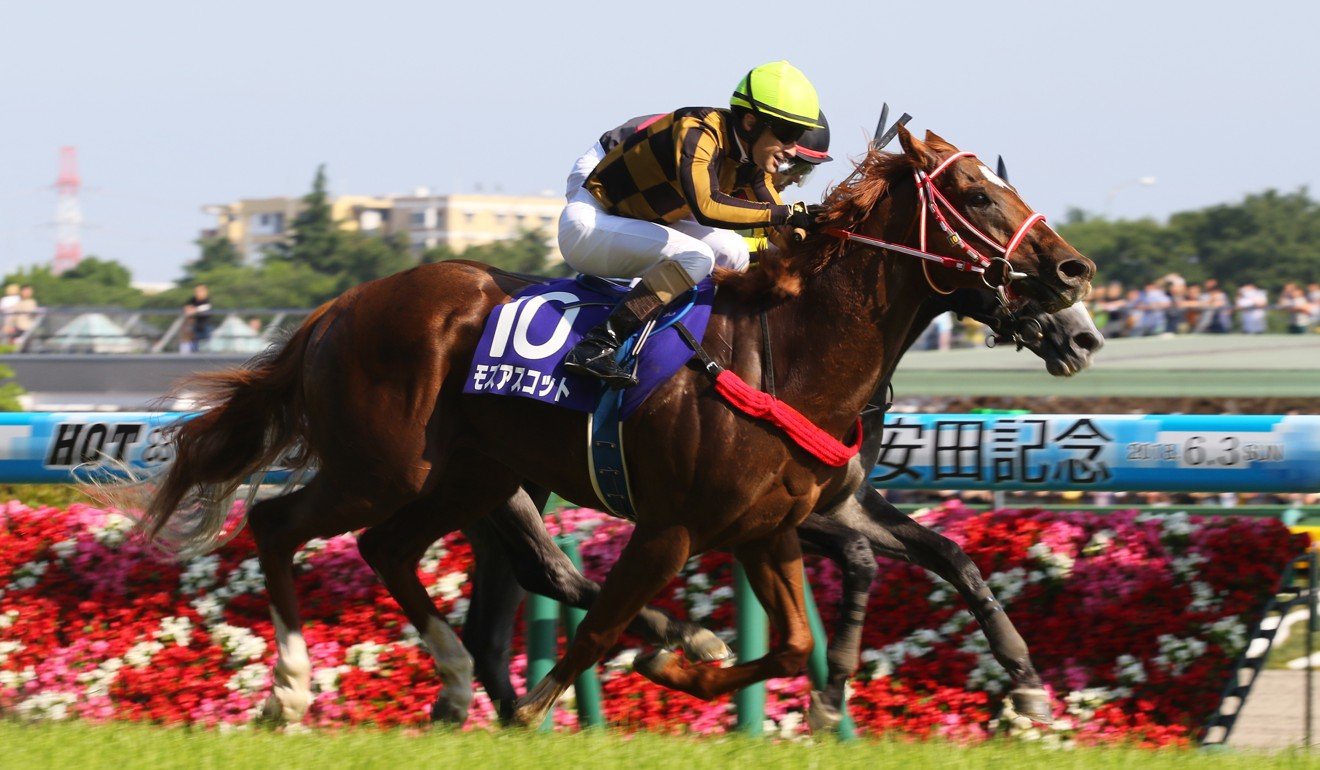 Vivlos comes through a different path, having finished eighth in the Tenno Sho (Autumn) last month, and the step down to 1,600m is curious given it has been over two-and-a-half years since she has raced over that trip. 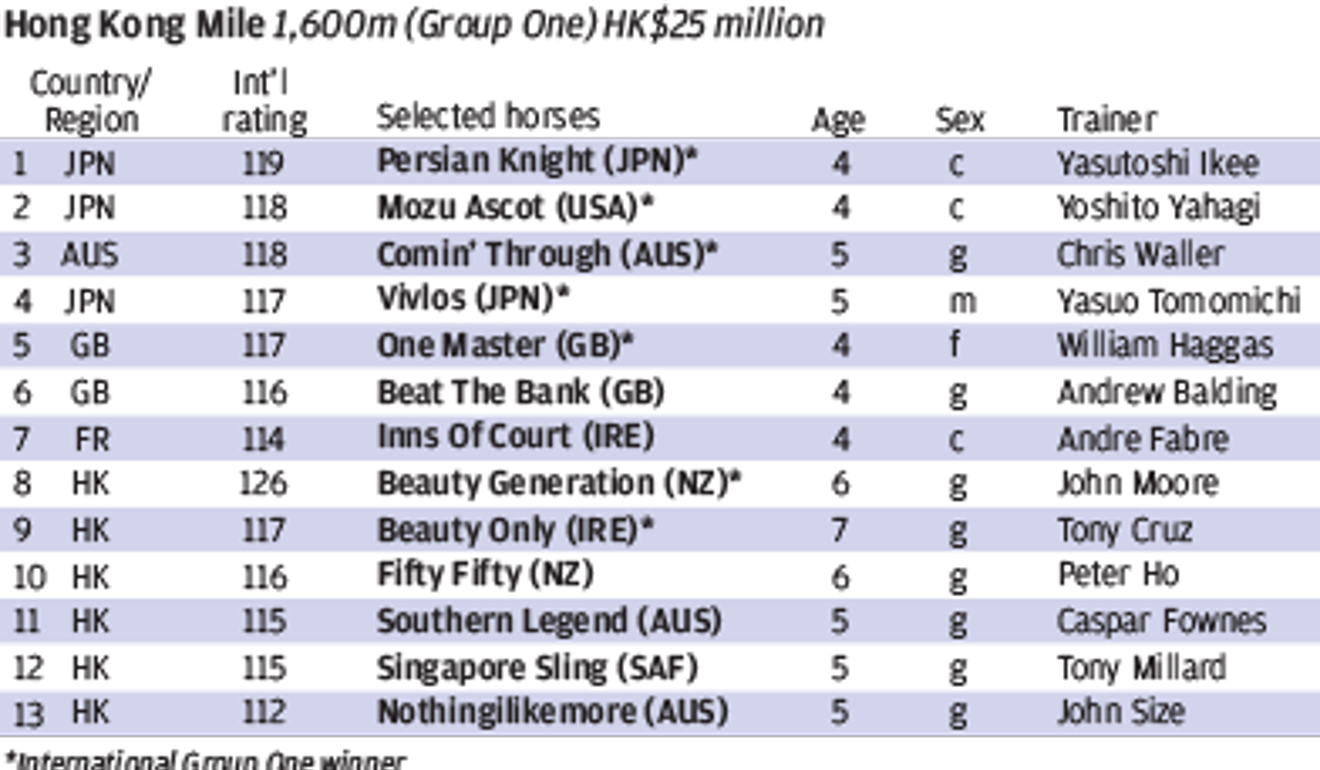 The mare is best known for her efforts at Meydan though, winning the Dubai Turf (1,800m) with Joao Moreira in the saddle last year before coming second to Benbatl in March.

The sole Australian-trained runner at the meeting, Chris Waller’s Comin’ Through, adds some intrigue, having won the Group One Doomben Cup (2,000m) in May, a month after finishing second to Happy Clapper in the time-honoured Doncaster Mile.

The @cwallerracing stablemates fight it out down the straight, but it was Comin' Through pulling clear of Egg Tart to land the 2018 Doomben Cup under a Michael Walker ride. Sensational stuff! pic.twitter.com/xcphyhiRIc

There are three runners from Europe prepared to take on Beauty Generation – headlined by the William Haggas-trained One Master.

The globetrotting filly booked her spot in the race after winning the Group One Prix de la Foret at Longchamp last month before an unlucky fifth, beaten a length by Expert Eye, in the Breeders’ Cup Mile.

Andrew Balding’s Beat The Bank is a three-time Group Two winner over a mile in England, while Godolphin’s Inns Of Court, trained by Andre Fabre, has had a consistent season with his best result coming when a short-head second to One Master in France last month. 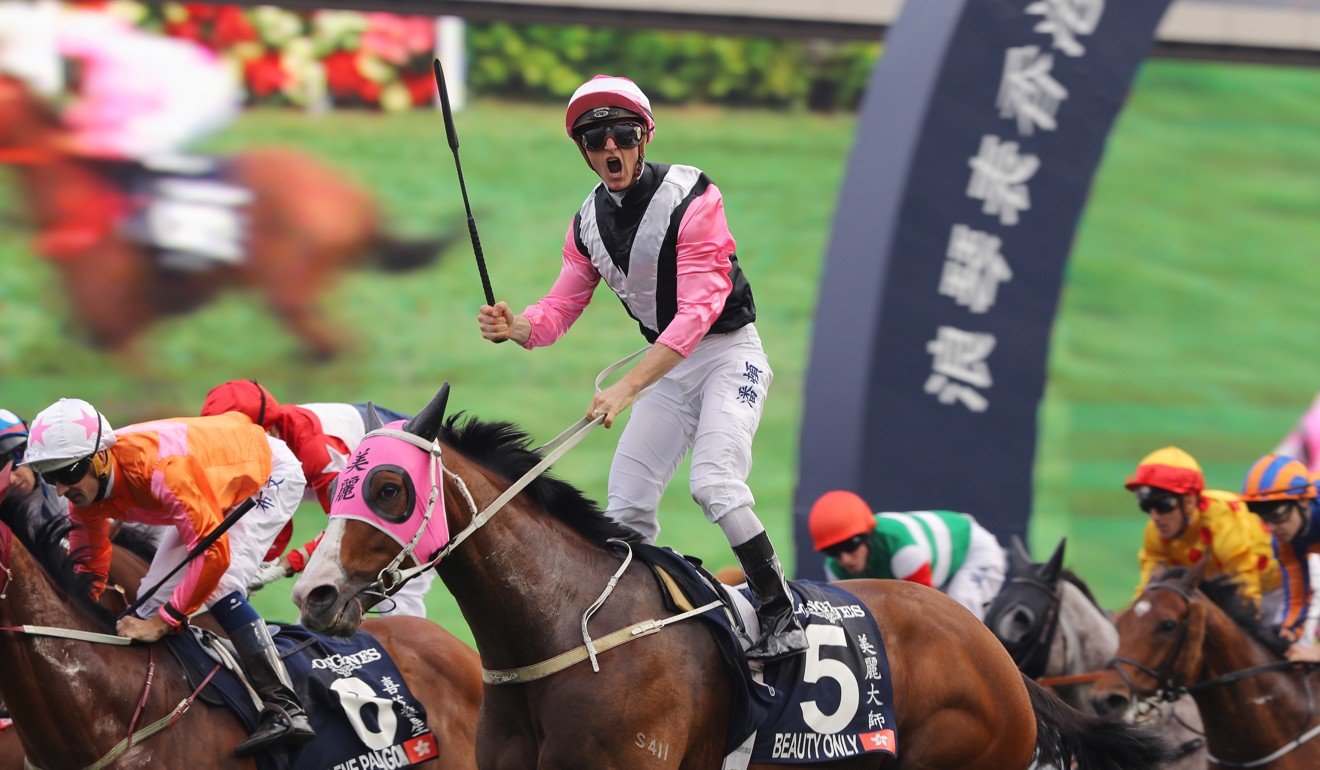 Of the other five locals in the field of 13, Tony Millard’s Singapore Sling and Caspar Fownes’ Southern Legend look the strongest hopes – both placing behind Beauty Generation this season.

Also set to line up is 2016 Hong Kong Mile hero Beauty Only, who is back for another crack at the title, while Fifty Fifty and Nothingilikemore complete the contest.