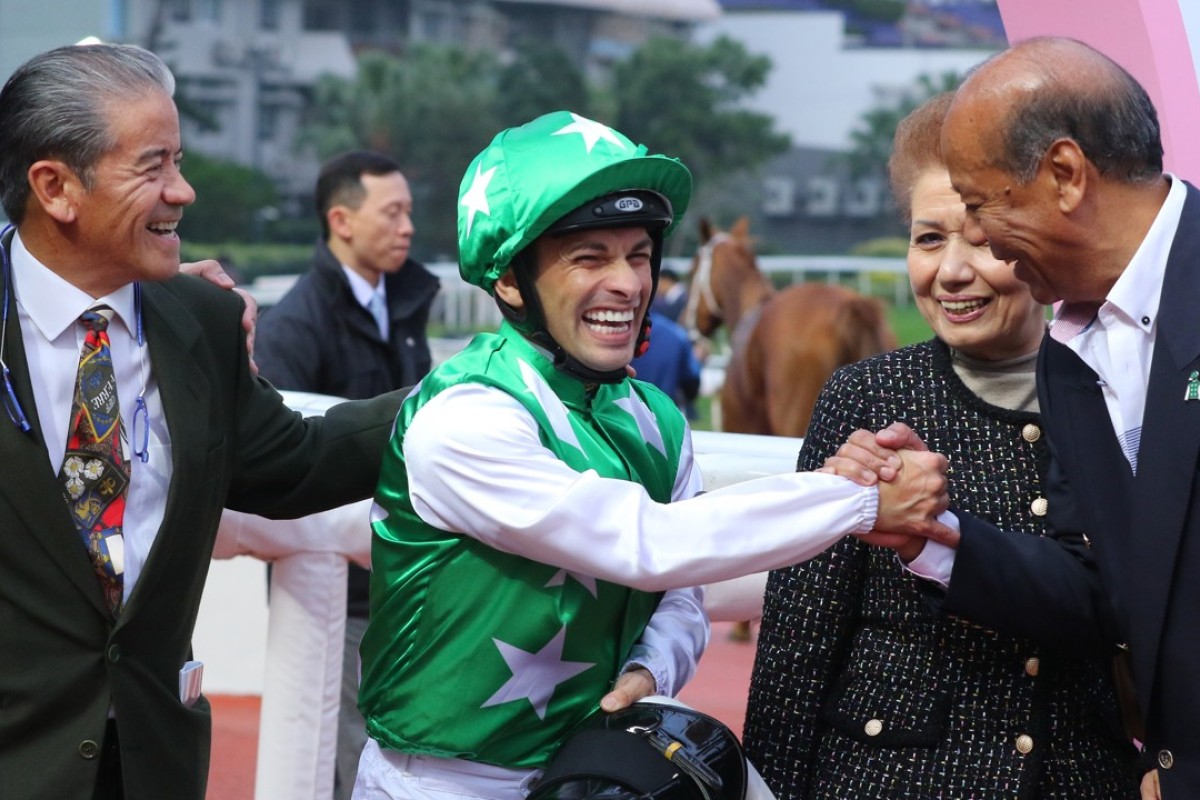 The popular owner reported that Pakistan Star pulled up well from the Group One and said he was likely to keep his racing to Sha Tin despite there being some whispers about a potential Dubai trip.

“Everything is OK, we will let him rest for a little bit and then he will show us something hopefully later on,” Din said.

Pakistan Friend is becoming much more professional with experience and, with Silvestre de Sousa aboard for the first time, records his third win from six starts in R10 at Sha Tin.#HKracing pic.twitter.com/aZlFPqaeya

“I think we will let him stay in Hong Kong for a while, he is still learning about the way he runs and so we should let him enjoy it and then we can go from there.

“I think his next target will be the Hong Kong Gold Cup and he can run a good race. William Buick said the 2,000m would suit him.

“Of course, in racing anything can happen and hopefully Pakistan Star will do better next time.”

Pakistan Friend, however, continued his upwards progression with a strong performance in the Lukfook Jewellery Convergence Of Love Collection Handicap (1,600m).

Silvestre de Sousa settled him second and the four-year-old continued to kick in the straight, holding off another promising type in Green Luck to land his third victory from six starts. 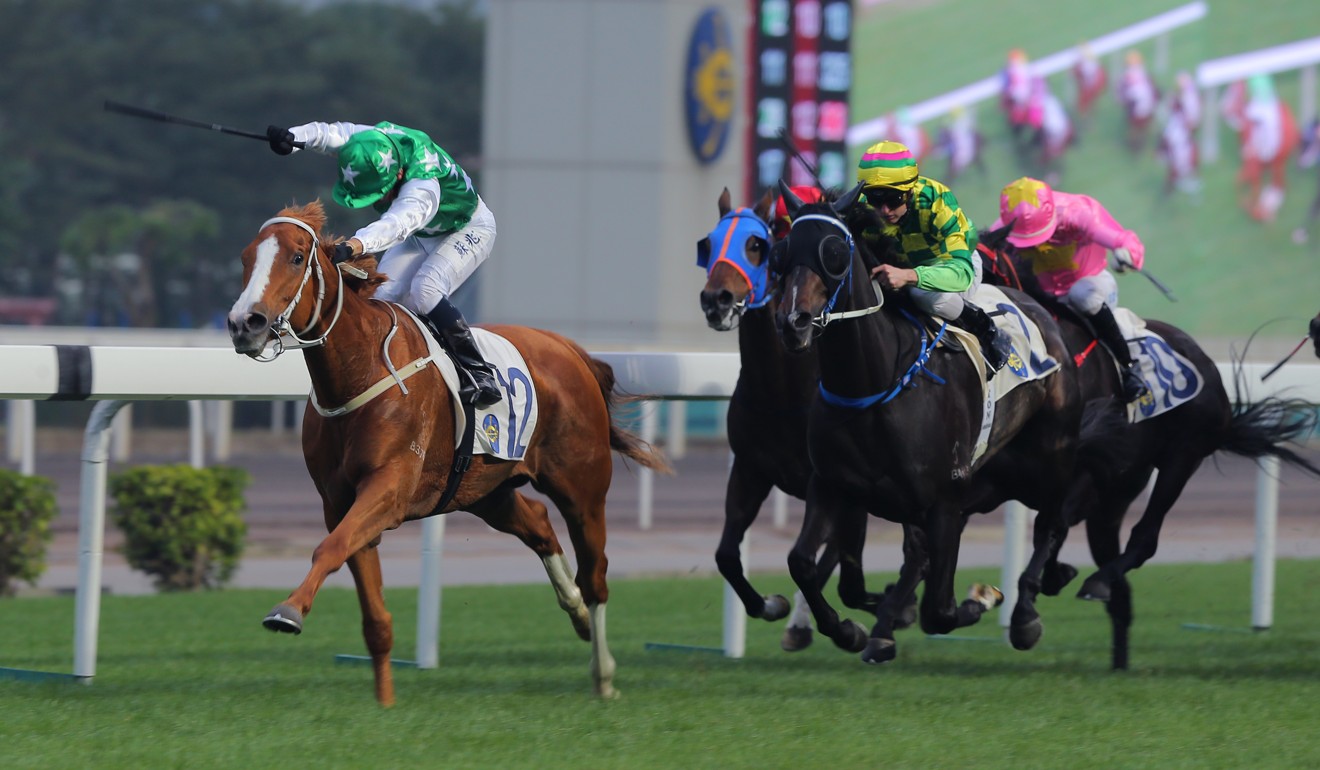 “Today he was still only 70 or 80 per cent. He is still a baby, he still has to learn and next start he will be even better,” Din said.

“There is a lot of improvement left in him.”

Pakistan Friend’s win was certainly popular with punters, the gelding collecting the prize as a $2.3 favourite.

Beauty Generation has world at his feet

Beauty Generation’s possible assault on the Dubai World Cup is still a “work in process” trainer John Moore believes, with the master horseman yet to convince owners on the trip.

The Kwoks are reluctant to travel their superstar and are keen to chase the rich prize money in Hong Kong, but Moore believes he has the goods that will allow Hong Kong’s highest-rated horse to make the trip comfortably.

The Group One Dubai Turf (1,800m) is worth more than HK$46 million and looms as a major carrot for both Moore and the Kwoks. 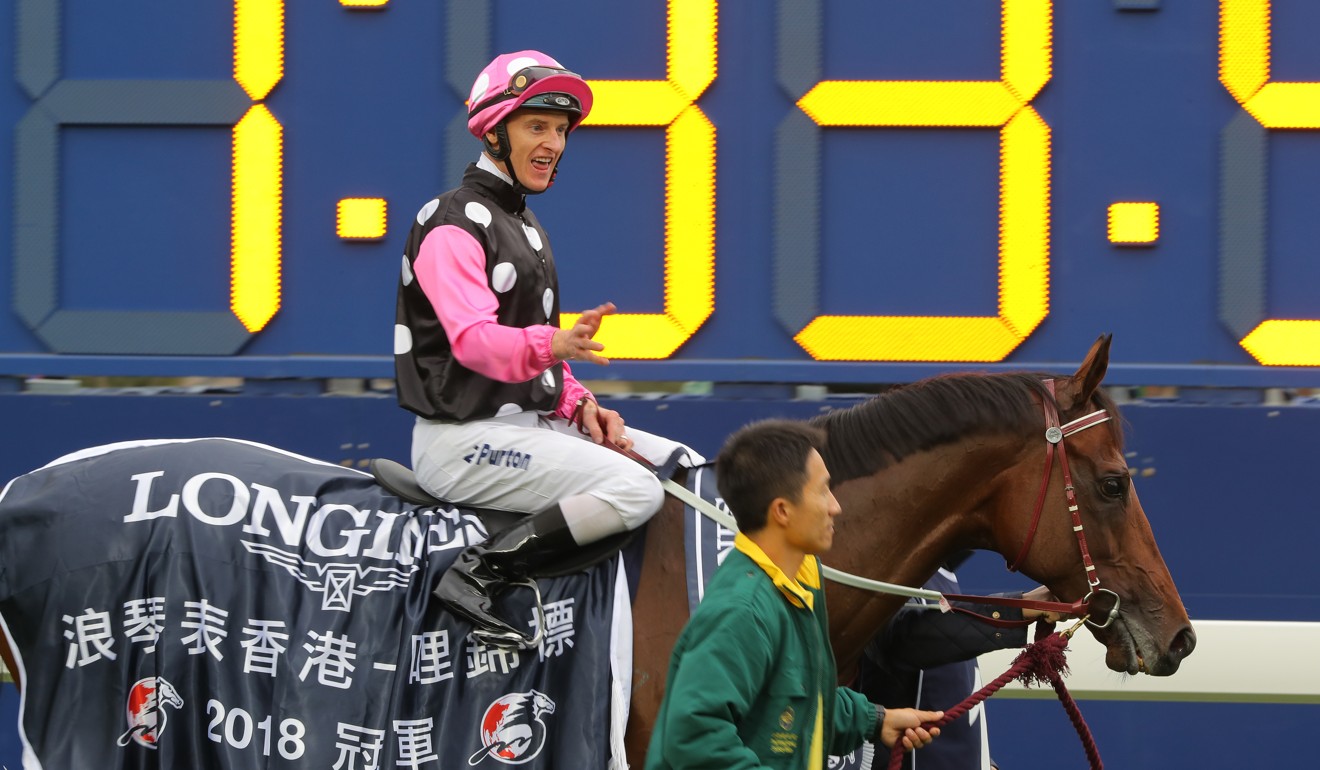 Moore also raised the possibility of Japan’s Yasuda Kinen in Tokyo next year which would see the winner pocket over HK$7.3 million, should the decision be made to travel the six-year-old.

With the Dubai Turf at the end of March and the Yasuda Kinen in June, there is the possibility of competing in both races, should he travel well.

The star gelding has currently amassed more than HK$60 million and could easily become Hong Kong’s highest earning horse with another season under his belt.

“The horse has pulled up great from the run, we are very happy with him,” Moore said.

“We are still assessing our options for now and we will know shortly what we will be doing.”

Whyte turns back the clock

Legendary jockey Douglas Whyte turned back the clock at Sha Tin on Sunday, kicking home a double in impressive fashion.

The 46-year-old, who is showing no signs of slowing down, took his season total to 18 wins as a result, placing him in the top five of the jockeys’ championship. 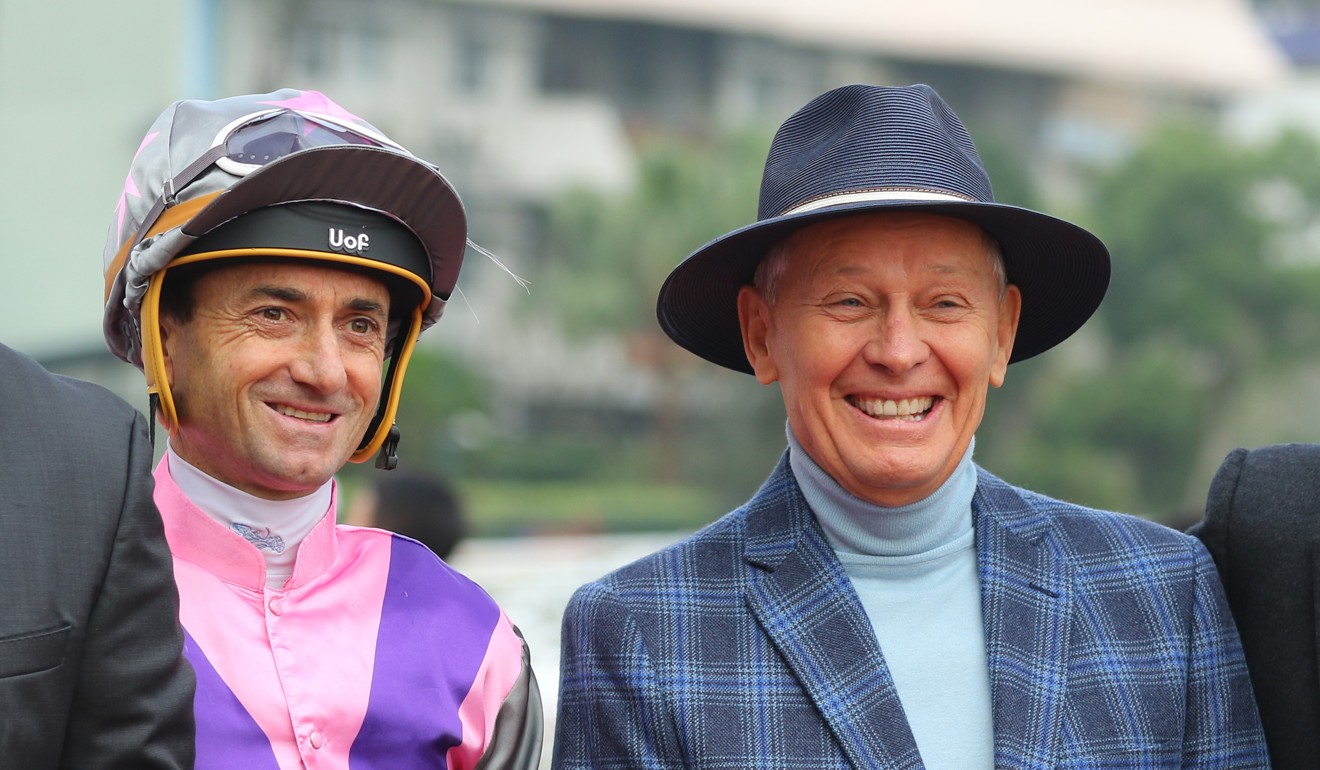 Whyte was able to again link up with trainer John Moore for a winner – their ninth together this season – with ex-Michael Freedman galloper Monica, where he was able to weave out of a pocket and salute after not finishing better than 10th this season in five prior starts.

Being trained out of Conghua has given Danny Shum Chap-shing’s Clement Legend a new lease on life.

The gelding really struggled in his first season in Hong Kong, failing to adapt to such a dramatically different environment after being brought up in New Zealand.

But he’s been a different animal this term, completing a hat-trick of victories in the Class Five Lukfook Jewellery Stellar And Stellar Collection Handicap (2,200m). 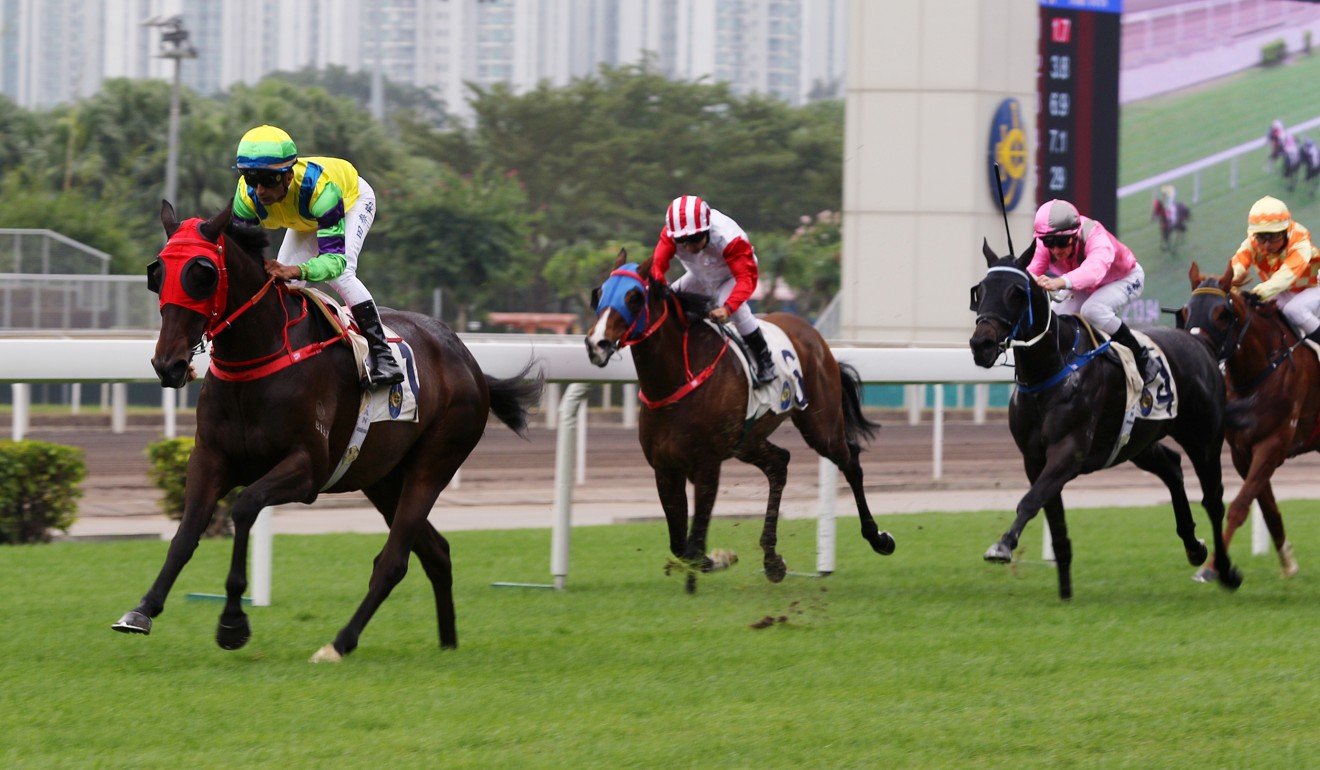 Karis Teetan gave him a patient ride before pulling out at the top of the straight and running away to win by three-and-three-quarter lengths.

“He been much happier in Conghua,” Shum said.

“The first two wins were impressive and now he’s a four-year-old he’s more mentally switched on.

“He’s got some confidence now so hopefully he can win up in Class Four.”

It was no surprise to see a strengthened security presence at Sha Tin after an intruder got onto the track last week.

While visitor Kelly Doobs described his effort to jump into some celebration shots and pat Glorious Forever after his Hong Kong Cup victory as “just a little bit of Aussie fun”, the Jockey Club’s response suggests it was no laughing matter.

Security was increased around the weigh-in area, with someone inspecting everyone’s credentials as they went in and out to ensure they had the right level of access required.

Of course, there didn’t seem to be any issues this time around but there were just 18,480 people on course – less than four times the number from last week.